sharesShare on FacebookShare on TwitterShare on WhatsApp
Womens 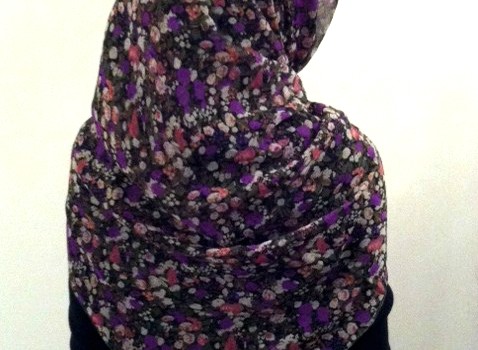 Why is Hijab an Obligation for Muslim Women Only?

Islam is an Arabic word which means “Tasleem” or “Submission”. As Muslims, we should always obey Allah Subhanahu wa Ta’ala without any doubts in our hearts or any questions on our lips. Many times the “Hikmah” or the reason behind any Islamic rule has been explained but in instances where there is no explanation, we should accept the order of Allah as it is. This is what makes us a “Muslim”, which literally means “One who submits to Allah” whether we like it or not. This submission of Allah is so important for us as Muslims that Ibraheem (AS) willingly agreed to sacrifice Isma’eel (AS) because Allah had ordered them to. Do you think a father would happily sacrifice a son that he himself got in old age? Do you think anyone would like being sacrificed and would allow to cut his throat without any apparent reason? No, but they both did so because they knew that to be submissive to Allah’s will is all that matters in this world and the hereafter. In Islam, it is obligatory for Muslim women to cover their hair. And tell the believing women to lower their gaze and guard their private parts and not expose their adornment except that which [necessarily] appears thereof and to wrap [a portion of] their headcovers over their chests and not expose their adornment except to their husbands, their fathers, their husbands' fathers, their sons, their husbands' sons, their brothers, their brothers' sons, their sisters' sons, their women, that which their right hands possess, or those male attendants having no physical desire, or children who are not yet aware of the private aspects of women. And let them not stamp their feet to make known what they conceal of their adornment. And turn to Allah in repentance, all of you, O believers, that you might succeed.[1] Why? There are many reasons for it but the most important reason is that it is an order by Allah whether we understand its Hikmah (reason/sense) or not. We have to act upon this order whether it is our heart’s desire or not. An important aspect of asking women to cover their hair is that Allah Subhanahu wa Ta’ala has put an element of beauty and attraction in women. An exposed beauty can lead to many sins which are harmful for the society in general and women in particular. It might be interesting to note that some men are indeed quite handsome but this rule only applies to women because women in general have more physical attraction than men. There might be some exceptions but this holds true in most cases. There have been recorded cases of some men, who walked with their faces covered because they were very handsome, but they did it on their own; Men have not been ordered to cover, Hijab is only meant for Muslim women. The truth is that we should avoid getting into speculations about the Hikmah of various Ibadah and orders of Islam and observe them as they have been told because one important quality of true believers is that they believe in “Ghaib”, the unseen, unheard. This is the Book about which there is no doubt, a guidance for those conscious of Allah Who believe in the unseen, establish prayer, and spend out of what We have provided for them,[2] Allah’s wish is our command.