sharesShare on FacebookShare on TwitterShare on WhatsApp
5
Adab 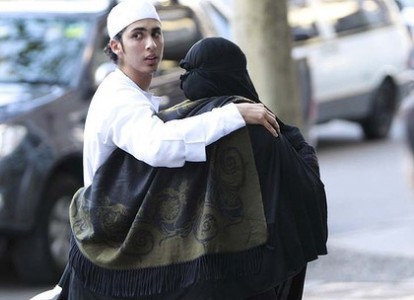 Ad-Dayuth is the man who does not show protection or feel protective over his female subjects, e.g. such as a man who forbids his wife/daughter from covering with the hijab and following the Islamic etiquettes of Islam or a man who expects his wife/daughters to work/study in a dangerous environment without feeling any responsibility.

What is the penalty of ad-Dayuth?

“Three (types of people) Allah سبحانه و تعالى will not look at them on the Day of Judgment; the disobedient to his parents, masculine woman and Al-Dayuth (i.e. the one that doesn’t have jealousy over his female subjects).”

And in the narration of Imam Ahmad رحمه الله تعالى : “They will not get in Paradise.”

The Prophet Muhammed صلى الله عليه وسلم waged war against the tribe of Bani Qayniqaa in defence of ONE Muslim woman whose hijab was abused by anti-Islamic opponents.

Do not let your rights to dress Islamically become demeaned or tread upon by others or by yourself, as others have struggled hard to defend it so can you..