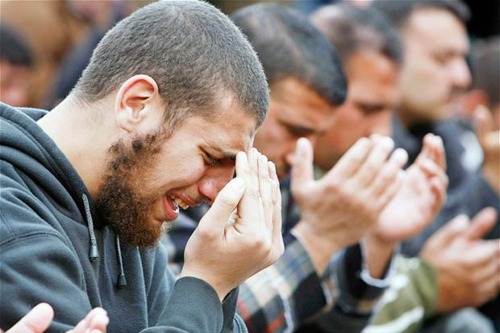 When the Believer Complains

“When the believer complains* (to Allaah), he gets purified from (minor) sins just as iron gets purified of impurities from the bellows (of fire).”

* The believer knows that it is only Allaah سبحانهوتعالى who can help in difficulty and ease. Whether he is suffering from an affliction or being tested through fitan, he does not take the matter up with fellow-creation, but rather he accepts Allaah’s Decree and is patient with it, and complains only to the One who Hears and Sees all and the One who can relieve distress. It is testament to one’s strength of faith that one does not complain of one’s situation to others, but rather he complains to the One who Has Decreed the source of the complaint for him.

It is like the words of Ya’qoob عليه السلام when he directed his need to Allaah and said:

It is from the Wisdom and unbound Blessings of Allaah, that He uses afflictions and trials as a means of purification and forgiveness for His slaves.

Or like the words of our Prophet صلى الله عليه وسلم after his bitter experience in Ta’if, when he said:

“O Allaah, I complain to You of my weakness…”

“Indeed Allaah has heard the statement of her who disputes with you (O Muhammad صلىاللهعليهوسلم) concerning her husband, and complains to Allaah. And Allaah hears the argument between you both. Verily, Allaah is All-Hearer, All-Seer.” [Al-Mujaadilah, 1]

While she brought her case to the Messenger صلى الله عليه وسلم, she continued to exhibit patience and reliance upon Allaah and complained to Him alone of her worry and state of anxiety and sorrow. Allaah and His Messenger ruled in her favour and this is from the the way of the believers – one may solicit the support of people in what they may be able to help with, but ultimately one’s trust and patience and reliance and complaint is for Allaah alone.

The parable of the iron is also profound… Just as (rusted) iron is smelted through the intense bellows of fire (furnace) to reach a stage of purity, so does man become purified from his sins through his show of patience, while being subjected to all types of suffering. He takes his case to Allaah alone, relying upon Him for deliverance from his situation.

It is from the Wisdom and unbound Blessings of Allaah, that He uses afflictions and trials as a means of purification and forgiveness for His slaves. The Messenger of Allaah صلى الله عليه وسلم said:

“Nothing befalls a Muslim, of fatigue or hardship, of sorrow or hurt or distress, even if be a prick (he receives) from a thorn, except that Allaah expiates some of his sins by it.” [Saheeh Bukhari, 5641]

When the Prophet صلى الله عليه وسلم would enter upon someone who was enduring an illness, he would say:

“Never mind, may it (the sickness) be a purification (for you) if Allaah wills.” [Saheeh al-Bukhari, 3616 (also see Shaykh Sadhaan’s book of the same tite here)]

“Afflictions (and tribulations) will continue to befall the believing man and woman, with regard to themselves, their children and their wealth, until they meet Allaah with no sin on them.” [Tirmidhi, 2399 – graded as saheeh in ‘Silsilat as-Saheehah’, 2280]

The words “that is good for him” remain unqualified, which means the reward for the one who maintains patience and is thankful in all his affairs, will be huge and without measure – and “the greatest of rewards come with the greatest of trials…” (see Tirmidhi, 2396).

May Allaah keep us firm upon His Tawheed and increase our Tawwakul.