sharesShare on FacebookShare on TwitterShare on WhatsApp
6
Spirtuality 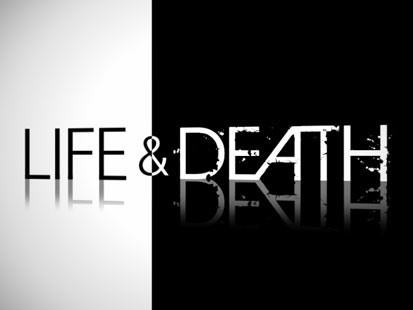 ‘Wahn’ – Love for the dunya and hatred for death

“Nations are about to unite (and call) each other to set upon you, just as diners are invited to a plate of food.” It was said: “Will it be because of our lack of numbers that day (i.e. will be be small in number)?” He صلى الله عليه وسلم said: “Rather, you will be many on that day, but you will be like scum foam (that floats) on the river. Allaah will remove the fear of you from the hearts of your enemies and put Wahn into your hearts.” It was said: “O Messenger of Allaah, what is Wahn?” He صلى الله عليه وسلم said:“Love for the dunya and hatred for death.”

1. When diners set upon eating, they do not merely take one bite of the food; rather they will taste a variety of food on offer and finish the plate. And this is what we find today, wherever we look in the Ummah, attempts are being made to undermine Islam and Muslims, to dismantle da’wah efforts and to thwart any sign of religious revival within Muslim majority and Muslim minority communities.

2. The Sahabah could not fathom that their condition would change from one of strength and dominance to one of weakness and subjugation – due to anything other than numerical disadvantage. Thus they asked if this ability of the enemies will be because we will be small in number. The Prophet صلى الله عليه وسلم assured them of quite the opposite.

3. Muslims seem to harbour a false sense of pride in their increasing global population. This despite their weakness as an ummah and their inability to unite nor safeguard their borders nor their interests nor indeed influence major affairs on the world stage that effects them.

4. According to ‘Lisan al-Arab’ وهن means (any type of) weakness. It can denote weakness in one’s deeds; and the inability to commanding the good and forbidding the evil – In other words, physical as well as mental weakness. It is also used to describe the weakness of bone and how, once it erodes, it is easy to break.

It is also described as fatigue, a debilitating disease, (self) oppression – All of which apply to the one who loves the dunya, because he will inevitably become weak chasing its mirage. And the love of Allaah and love of dunya can not exist in one’s heart equally.

5. ‘Love for the dunya and hatred for death’ is described as a major weakness. This is because love for the dunya weakens one’s imaan, such that it leads to neglecting the Hereafter and what is required of him in terms of his religious obligations, thus becoming complacent. Hatred for death usually arises from one’s attachment and excessive love for the dunya; and it also arises from the accumulation of sins and/or feeling the loss of hope for the Mercy of Allaah سبحانه و تعالى – Both of which are blameworthy and lead to inevitable loss and misery.

“And this life of the world is only an amusement and a play! Verily, the home of the Hereafter – that is the life indeed (i.e. the eternal life that will never end), if they but knew.” [Al-Ankaboot, 64]

Instead of using the dunya as a means to achieve the Hereafter, we have made this dunya a means to an end in and of itself.

…For this, we say, that the more the dunya opens up before the people, and they end up concerning themselves with it, they will lose as much of the akhirah as they have gained from the dunya. The Prophet صلى الله عليه وسلم said: “By Allaah, I am not afraid of your poverty,” meaning I am not afraid of poverty for you, for the dunya will open up before you, “but I am afraid that you will lead a life of luxury as past nations did, whereupon you will compete with each other for it, as they competed for it, and it will destroy you as it destroyed them.” [Bukhari and Muslim]

“…And the life of this world is only a deceiving enjoyment.”  [Al-Hadeed, 20]

Imam Qurtubi commented on this Ayah and included:

After explaining this Ayah, Imam Tabari quoted the following hadeeth of the Prophet صلى الله عليه وسلم to reflect upon the worthlessness of this dunya:

“An area equal to (what is occupied by) a whip is Paradise is better than the (whole) world and whatever is in it.” [Saheeh al-Bukhari, 6415]

Sh. Yahya az-Zahrani has a nice article on “understanding the reality of dunya” – found here

11. About the worth of Dunya, the Prophet صلى الله عليه وسلم also said:

“If the Dunya was even equivalent to a mosquito’s wing with Allaah, a kafir would not (even) be allowed to a drink of water.” [Tirmidhi 2320, who graded it as hasan saheeh]

Yet the Muslims have staked their eternal future (in the akhirah) for the enjoyment of this temporal abode. This is indeed a thing that amazes. The Prophet صلى الله عليه وسلم also said:

“The dunya is cursed except for the dhikr of Allaah and what resembles it (of worship and knowledge) and an Alim and the one who learns ilm (of the Deen).” [Tirmidhi, 2322 and others, who graded it as hasan]

“And be in this world like a stranger or a passing wayfarer.”  [Saheeh al-Bukhari, 5966 and others]

Many people have taken the life of this world as their goal, while subconsciously blocking-out the inevitability of death and seemingly “long-distanced” accountability of oneself on Yawm al-Hisab. A nice sharh of this hadeeth is available here

Take also, this rather innocent and hearty modern-day parable for example.

13. Allaah سبحانه و تعالى summed up inevitability of death, hisab and dunya in one Ayah:

“Everyone shall taste death. And only on the Day of Resurrection shall you be paid your wages in full. And whoever is removed away from the Fire and admitted to Paradise, he indeed is successful. The life of this world is only the enjoyment of deception (a deceiving thing).” [Aal-Imraan, 185]

About ‘The life of this world is only the enjoyment of deception’, Sa’eed ibn Jubayr said (as recorded by Al-Baghawi in his tafseer):

“By Allaah, if I wanted to, I could give you the best of clothes to wear, the best of food to eat and to live in enjoyment, but I heard Allaah Azza عز وجل Say something they (i.e. disbelievers of those who indulge in luxury) did not hear: ‘You received your good things in the life of the world, and you took your pleasure therein. Now this Day you shall be recompensed with a torment of humiliation, because you were arrogant in the land without a right, and because you used to rebel against Allah’s Command (disobey Allah)’.” (Al-Ahqaf, 20),  [Hilyat al-Awliya’, 1/49]

15. The causes of weakness of the Muslims is due to their having left the clear and pure Deen of Islam and indulgence in sin and transgression and extravagance. It is said that:  حب الدنيا رأس كل خطيئة – “Excessive love of the Dunya is a root to all evil.”

16. Understanding and fighting the intoxicating effect of dunya

17. Being ignorant of the akhirah

Allaah alone is beseeched for the betterment of the ummah for He alone is the source of strength and help and He is the best of Planners.