sharesShare on FacebookShare on TwitterShare on WhatsApp
10
Food 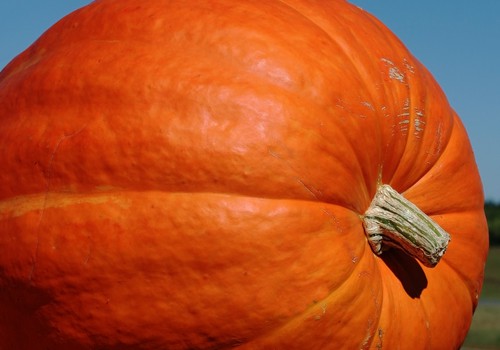 True Story of Prophet Yunus (as) and a Pumpkin

يَقۡطِينٍ۬ (yaqteen) is a pumpkin gourd; and in Arabic it implies a ‘tree-like’ growth that does not have stem, similar to watermelon and cucumber plants. Its significance becomes clear when Allaah سبحانه و تعالى Said in the Qur’an about Yunus عليه السلام (after he was cast out of the belly of the whale and onto the shore):

There is agreement among the muffasiroon that ‘yaqteen’ mentioned in the Qur’an is pumpkin, which is also called ‘dubba’ in the language of the Arabs. They also provide a number of reasons as to why the pumpkin plant in particular was mentioned in the Qur’an. Imam Baghawi brings a statement of Muqatil bin Hayyan in his Tafseer, where he said:


Ibn Katheer said that: “Some describe the benefits of the pumpkin, such as: it grows quickly, it provides shade, it has large, smooth leaves, it keeps flies away and its fruit provides good nourishment: it can be eaten raw or cooked, and its skin may be eaten too.”

Therefore from the purpose of this plant (in relation to Yunus) was to:
1) Provide cover and warmth.
2) Drink from its milk to quench thirst.
3) Eat from its flesh to stem hunger.
4) Nourish his overall physical well-being.
5) It was from the Graces of his Rabb that reached him (see Surat al-Qalam, 49)

There are other medical benefits of pumpkin that have come to light, including in helping to reduce swellings, cooling down fever, helping with digestion, eliminating bile etc. Its seeds also contain essential fatty acids that help maintain healthy blood vessels, nerves and tissue. It also include anti-diabetic, antioxidant, anti-carcinogenic and anti-inflammatory properties.

It is understood from the books of tafseer that when Yunus عليه السلام was cast onto the naked shore, he was in a very desperate and distressful condition, which arose from the physical injuries he suffered in the acidic belly of the whale, including loss of hair, peeled skin and bleached hands and face etc. Yet the only plant that Allaah provided for his recovery was pumpkin. The Divine Wisdom behind this can never be fully comprehended. Far Above is He سبحانه و تعالى from what they associate with Him!

Pumpkin was also from the favourite foods of the Prophet صلى الله عليه وسلم and there are numerous ahadeeth showing his fondness for them. There is well-known narration of Anas bin Malik رضي الله عنه that:

“I entered upon Anas bin Malik رضي الله عنه  while he was eating pumpkin, he said (referring to the yaqteen) ‘you are a plant that I love because the Messenger of Allaah صلى الله عليه وسلم used to like eating you.’” [Tirmidhi, 1849]

Once the Messenger of Allaah صلى الله عليه وسلم entered his house and asked A’ishah رضّى الله عنها if they had any pumpkin, and he said about it:

* Either something we put in our food in order to increase its amount, or to enhance its taste.

Imam Ibn Qayyim wrote extensively on the benefits of pumpkin, which can be found in his ‘Tibb an-Nabawi’ here: