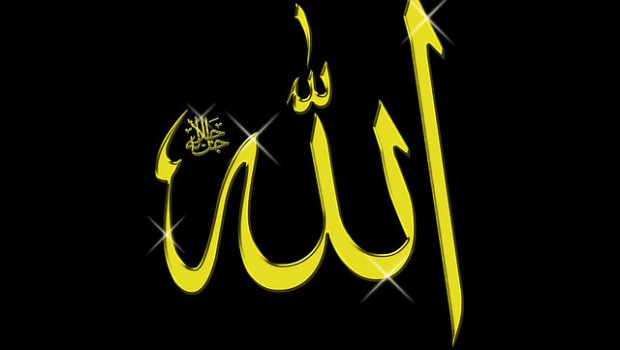 The greatest thing that Allah (Glorified and Exalted is He) informed His servant about Himself is that there are no gods other than He  (high is He and blessed is His Name). This is the greatest of certainties, Our Lord said: “Is there any ilah (god) with Allah?” [Quran 27:62]

“Had there been therein (in the heavens and the earth) gods besides Allah, then verily both would have been ruined.” [Quran 21:22]

“Nay, but We have brought them the truth (Islamic Monotheism), and verily, they (disbelievers) are liars. No son (or offspring or children) did Allah beget, nor is there any ilah (god) along with him; (if there had been many gods), behold, each god would have taken away what he had created, and some would have tried to overcome others! Glorified be Allah above all that they attribute to Him! [Quran 23:90-91]

When Allah sent our Prophet (salawatullahi wa salamu ‘alayhi) by this great religion based on this great word “there is no god with Allah”, the people of Quraysh gathered to Abu Talib, the uncle of the messenger of Allah complaining to him about his brother’s son, (Muhammad salallahu alayhi wa sallam) so he called the Prophet ( salallahu alayhi wa sallam) and said:  “O my brother’s son… These are the chiefs of your people and the people of your kinshship, so listen to them” So they told him what they have and they asked him to stop denouncing their gods and idols and when they finished informing of their demands the Prophet (alayhi salatu wa salam) said to his uncle, “O uncle…Shall I not guide them to a word that if they submitted to it they would reign over the arabs and the non arabs would submit to them” Then Abu Jahl said, “Say it, and by Allah we are ready to utter ten (words).

Then they asked Muhammad salallahu alayhi wa sallam what that phrase was. He (saw) said: “There is no god But Allah”

So Allah has mentioned about them in the Quran,

So the greatest of certainties and the greatest of all knowledge and the greatest thing that settles in the heart is that the slave knows that there is no god with Allah whatsoever and that none has the right to be worshipped except Allah alone, and that He has no partners after which comes to the obligations of that statement; of belief and acting by it.

And to know with certainty that Allah did not set up the scales (of deeds), nor had He created the heavens and earth, nor paradise and hell except that Allah (glorified and exalted is He) should be worshipped alone. So the greatest thing that Allah has informed us of is that:

“And whoever assigns partners to Allah, it is as if he had fallen from the sky, and the birds had snatched him, or the wind had thrown him to a far off place.” [Quran 22:31]

(A man asked) “O Messenger of Allah, what is the greatest sin?”

He (saw) said: “To ascribe partners to Allah while He (alone) created you”

So whoever desires (seeks) the pleasure of Allah and the Hereafter, their life and heart should start by knowing that there is no god but Allah and that Allah has sent all the messengers from Nuh to Muhammad (peace be upon them all). He sent them by this great statement (La ilaha illAllah) so that they may believe in Him and worship him alone, as Allah has mentioned that in many verses in His Mighty book, Al Quran. And this great Quran which He revealed to the best of His messengers, the great truth (His Oneness) that He informed us about and everything in the universe points out to this truth (His Oneness).

Everything in the universe points out to this truth (His Oneness)!!!

It becomes clear to everyone that if there were other gods besides Allah they would quarrel with each other and this would result with corruption of the universe in the heavens and the earth and when the people realise that this has not happened in the past nor the present it becomes clear and certain to them that there is no good but Allah (alone).

This is the meaning of the statement of Allah:

“Had there been therein (in the heavens and the earth) gods besides Allah, then verily both would have been ruined. Glorified be Allah, the Lord of the Throne, (High is He) above what they attribute to Him”! [Quran 21:22]

[…] that I recommend to you guys, (إن شاء الله تعالى). One of them is from Shah Waliy Allah, it’s called “Al-Insaf fi Bayan Sabab al-Ikhtilaf”. The other one is a book by Imam […]

[…] what happens it goes up over time it doesn’t go down over time it increases subhanAllah and the less it will affine alikat o’clock what a phonetic radical so this is and your mention right and allows that we shall give us so many incentives in the Quran to remember and send send praises upon the prophet sallallaahu on you said them that the believer is constantly looking for opportunities to do so Allah Himself says innallaha. […]

Get our articles delivered straight to you inbox once every two weeks. Signup today for free.
This post has been viewed times wpDiscuz