sharesShare on FacebookShare on TwitterShare on WhatsApp
2
Health 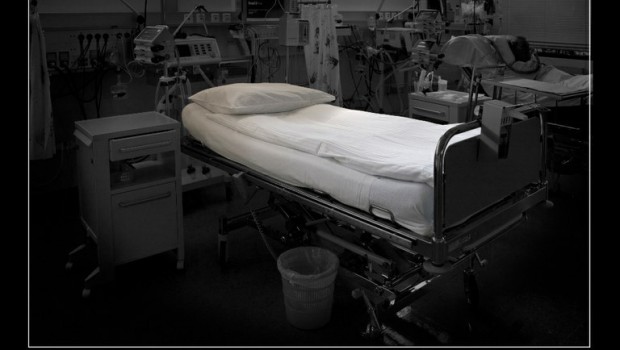 Story of a Pious Mother and Her ill Child

Dr Khaled Al-Jubair (may Allah preserve him) is an eminent cardiovascular consultant and children's heart surgeon in Saudi Arabia. Those who know him and have accompanied him, speak of their amazement at his humble character and the way he performs his medical duties. He is also an active and inspiring da'ee (caller to the Deen of Islam) - his official website can be found here http://www.heartdes.net

The following is one of the most touching and heart rendering accounts of his career, which he recounted in one of his lectures…

Once I operated on a two and a half year old child. It was Tuesday, and on Wednesday the child was in good health. On Thursday at 11:15 am – and I’ll never forget the time because of the shock I experienced – one of the nurses informed me that the heart and breathing of the child had stopped. I hurried to the child and performed cardiac massage for 45 minutes and during that entire time the heart would not work.

Then, Allah Almighty decreed for the heart to resume function and we thanked Him. I went to inform the child’s family about his condition. As you know, it is very difficult to inform the patient’s family about his/her condition when it’s bad. This is one of the most difficult situations a doctor is subjected to but it is necessary. So I looked for the child’s father whom I couldn’t find. Then I found his mother. I told her that the child’s cardiac arrest was due to bleeding in his throat; we don’t know the cause of this bleeding and fear that his brain is dead.

So how do you think she responded?

Did she blame me?

No, nothing of the sort. Instead, she said “Alhamdulillah” (All Praise is due to Allah) and left me.

After 10 days, the child started moving. We thanked Allah Almighty and were happy that his brain condition was reasonable. After 12 days, the heart stopped again because of the same bleeding. We performed another cardiac massage for 45 minutes but this time his heart didn’t respond. I told his mother that there was no hope. So she said:

“Alhamdulillah. O Allah! If there is good in his recovery, then cure him, O my Lord!”

With the grace of ALLAH, his heart started functioning again. He suffered six similar cardiac arrests till a trachea specialist was able to stop the bleeding and the heart started working properly. Now, three and a half months had passed and the child was recovering but did not move. Then just as he started moving, he was afflicted with a very large and strange pus-filled abscess in his head, the likes of which I had never seen. I informed his mother of the serious development. She said “Alhamdulillah” and left me.

We immediately turned him over to the surgical unit that deals with the brain and nervous system and they took over his treatment. Three weeks later, the boy recovered from this abscess but was still not moving. Two weeks pass and he suffers from a strange blood poisoning and his temperature reaches 41.2°C (106°F). I again informed his mother of the serious development and she said with patience and certainty:

“Alhamdulillah. O Allah! If there is good in his recovery, then cure him.”

“That woman isn’t conscious and has no senses”.

At that point, I remembered the great Hadeeth of the Prophet صلى الله عليه وسلم : “Blessed are the strangers.” Just two words, but indeed two words that shake a nation! In 23 years of hospital service, I have never seen the likes of this patient sister.

We continued to care for him. Now, six and a half months have passed and the boy finally came out of the recovery unit – not talking, not seeing, not hearing, not moving, not smiling, and with an open chest in which you can see his beating heart. The mother changed the dressing regularly and remained patient and hopeful. Do you know what happened after that? Before I inform you, what do you think are the prospects of a child who has passed through all these dangers, agonies, and diseases? And what do you expect this patient mother to do whose child is at the brink of the grave and who is unable to do anything except supplicate and beseech Allah Almighty? Do you know what happened two and a half months later? The boy was completely cured by the mercy of Allah and as a reward for this pious mother. He now races his mother with his feet as if nothing happened and he became sound and healthy as he was before.

The story doesn’t end here. This is not what moved me and brought tears to my eyes. What filled my eyes with tears is what follows:

One and a half years after the child left the hospital, one of the brothers from the Operations Unit informed me that a man, his wife and two children wanted to see me. I asked who they were and he replied that he didn’t know them. So I went to see them, and I found the parents of the same child whom I operated upon. He was now five years old and like a flower in good health – as if nothing happened to him. With them also was a four-month old newborn. I welcomed them kindly and then jokingly asked the father whether the newborn was the 13th or 14th child. He looked at me with an astonishing smile as if he pitied me. He then said,

“This is the second child, and the child upon whom you operated is our first born, bestowed upon us after 17 years of infertility. And after being granted that child, he was afflicted with the conditions that you’ve seen.”

At hearing this, I couldn’t control myself and my eyes filled with tears. I then involuntarily grabbed the man by the arm, and pulling him to my room, asked him about his wife:

“Who is this wife of yours who after 17 years of infertility has this much patience with all the fatal conditions that afflict her first born?! Her heart cannot be barren! It must be fertile with Imaan!”

Do you know what he said? Listen carefully my dear brothers and sisters. He said:

“I have been married to this woman for 19 years and for all these years she has never missed the [late] night prayers except due to an authorized excuse. I have never witnessed her backbiting, gossiping, or lying. Whenever I leave home or return, she opens the door, supplicates for me, and receives me hospitably. And in everything she does, she demonstrates the utmost love, care, courtesy, and compassion.”

The man completed by saying:

So I said to him: “And the likes of her truly deserve that from you.”