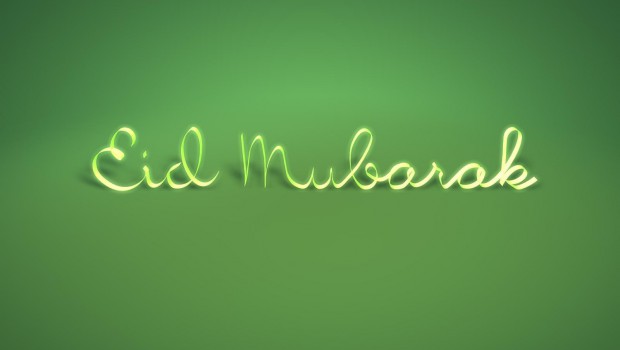 Should all Muslims Worldwide Fast and Celebrate Eid on the Same Day?

The Muslim Ummah today is spread around the world.
There are over 60 countries with Muslim majorities while many Muslims also live as minorities
on all inhabited continents.
Also Some Muslim minority communities are larger than the populations of many Muslim majority countries.
China has over twenty million Muslims and France has over five million.
These communities are larger than the populations of some Muslim countries in the Middle East such
as Bahrain and Qatar.

All together we are between one and a half and two billion Muslims on the Earth.
If we combined our finances, our voices or our military and political strengths we would be a superpower.
Alas, far from this we are struggling to agree on which day Ramadan fasting begins and which Day to celebrate Eid ul Fitr and even (surprisingly) Eid ul Adha!

as the Prophet Muhammed (saw) said,

Everyone looks for the moon

On the face of it this sounds straight forward.
Everyone looks for the moon and if no one sees it we complete thirty days of Sha’ban and fast on the next;
a lunar month is never more than thirty days.
So why is it that every year the Muslims are split in the UK? This year is no exception.
Some Muslims began fasting on Friday and others began fasting on Saturday; this will inevitably lead two some Muslims celebrating Eid ul Fitr on the same day as others are fasting what they believe is the last day of Ramadan.
We know from the Messenger (saw) that it is not allowed to fast on the Day of Eid.
So who is correct and who is wrong?
A day cannot be both Ramadan and Shawwal at the same time!

According to Professor Tareeq muneer[2],

there are four methods used for deciding when to fast and when to celebrate Eid at the moment:

Of those who use the actual moon sighting such as in Morocco, Bangladesh, Pakistan
and also Indonesia, there is a difference of opinion of where the moon must be sighted.

This view is, based on the Hadith mentioned above which is, agreed upon,
(recorded as sahih in both Bukhari and Muslim) general and addresses all Muslims;
this view enhances Muslim unity.
Some Ulema point out that if we can pray Jumuah salaat on the same day in every country despite time differences, then what is stopping us from doing the same for Eid salaat?

Also The other view

The other view is that the moon must be sighted in each locality.
This is held by many Hanafis in the Indian sub continent and is based on an opinion of Abdullah ibn Abbas (ra)[4],

“ Kurayb (ra) reported that he saw the new moon (of Ramadan) in Syria on Thursday night.
When he arrived at Madina, he learned that the new moon was sighted in Medina on Friday night…
Kurayb (ra) asked Ibn Abbas (ra), ‘Don’t you consider as sufficient the sightings of Muawiyyah (ra) and his fasting (in Syria)?’
Ibn Abbas answered, ‘This is how the Messenger of Allah instructed us’ [referring to the decision of the people of Medina to fast according to their own sightings].

There is, no doubt, some political issues behind this second opinion as the size and shape of a ‘locality’ changes today with political events.
It is well known that people in Sylhet used to fast when the moon was sighted in Karachi before 1971,
while today they do not fast unless the moon is sighted in Dhaka.
In addition it is still baffling why Muslims in London or Birmingham would split on this issue.
Whatever method above you use, surely everyone in the same city should fast or celebrate Eid on the same day?

Impossible to sight the moon

Most Muslim scientists are promoting a middle path of calculating the places where it is scientifically possible and impossible to sight the moon and the ‘probable’ date and time of the moon sighting followed by actual sighting by qualified Muslims.
So This eliminates the problems of false reports of sightings before the new moon is ‘born’, cloudy skies preventing sighting and people looking for the new moon on the wrong day.
The scholars can then debate whether one sighting is enough for the whole world or not and the Muslim leaders
(of each community given the absence of an ‘Amir ul Mumineen’)
can debate the size of a locality: Is the whole of Russia one locality or many localities?
Is Chile one locality or many?
In the mean time Muslims are advised to follow your local Masjid;
if you pray taraweeh behind him, then, fast with him!

[2] ‘Moonsighting in a Scientific Perspective published by IPCI

[4] In Muslim, Tirmidhi and Ahmad