sharesShare on FacebookShare on TwitterShare on WhatsApp
2
Miracle 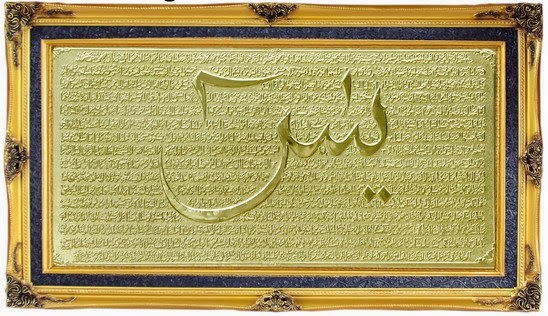 “There were two men among Banu Isra’il, who were striving for the same goal. One of them would commit sin and the other would strive to do his best in the world. The man who exerted himself in worship continued to see the other in sin. He would say: “Refrain from it.” One day he found him in sin and said to him: Refrain from it. He said: Leave me alone with my Lord. Have you been sent as a watchman over me? He said: “I swear by Allah, Allah will not forgive you, nor will he admit you to Paradise.” Then their souls were taken back (by Allah), and they met together with the Lord of the worlds. He (Allah) said to this man who had striven hard in worship; Had you knowledge about Me or had you power over that which I had in My hand? He said to the man who sinned: Go and enter Paradise by My mercy. He said about the other: Take him to Hell. Abu Hurayrah رضي الله عنه said: “By Him in Whose hand my soul is, he spoke a word by which this world and the next world of his were destroyed.” [Sunan Abi Dawud 4901; Sahih (Albani)]

He thought he was ‘Imamul Taqwa’; he thought he imported and exported Taqwa, but Allah rebuked him and called him FitnahMan instead!

Sufyân ath-Thawrî رحمه الله تعالى  said, “We met a people who loved it when it was said to them, Fear Allâah the Most High. Today you find that people only become annoyed at this.”

SubhaanAllaah! these days shedding tears on camera is becoming a trend and like watching a soap opera, and then wiping the tears off with finger because no-one can see them, indicating to people these are real tears.

Defending the SUNNAH is a Jihad, but definitely not a CRUSADE! Take it easy Habibi, you are breaking ties of brotherhood for something as trivial as this (Maliwd) that could be corrected sitting down with a cup of tea. If they do not listen then leave and make dua for them. They loves the Prophe tصلى الله عليه وسلم , and anyone who loves the Prophet صلى الله عليه وسلم  we have his back and we hope he has our back insha’Allah. And why should we not sit with him with a cup of tea?

Abdurrahman bin Saalih al-Azdi  used to be a Raafidhi (i.e. a Shi’a extremist). He would visit Imam Ahmed bin Hanbal, and the Imam would honour him and let him sit close to him. It was said: “O Aba Abdillah! He is Raafidhi!”

Imam Ahmed bin Hanbal رحمه الله تعالى replied: “SubhanAllah! A person who loves the family of the prophet (peace be upon him) what do you want me to tell him: not to love them?! Verily, this man is a thiqa (a trustworthy believer).”

A man came to Bishr & kissed him & started saying: O my leader Abu Nasr. When he went, Bishr said: “A man loves another man due to him thinking him being upon khair.” Maybe the man who loves is saved. But the one who he loves, you don’t know his situation.

Ibn Tayymiyah رحمه الله تعالى said words of encouragement to the reader with two manners in regards to dealing with innovations, the second of them being:

“to call people to adhere to the Sunnah as best as possible. Hence, if you see someone upon such an innovation (Mawlid), and you suspect that if he leaves it then he will do something worse, then do not forbid an evil that results in a greater evil … but instead, if in any given innovation there is some good, then you should compensate for the evil within it with any legislated good that you can; for indeed the hearts don’t typically abandon something unless it is for something else.” [Majmu Al Fatawa]

It is not enough to simply forbid someone from a deed, but we should help them to replace what they were upon of innovation or disobedience with something from the Qur’an and Sunnah thereby reviving the practice of the Prophet صلى الله عليه وسلم  and killing off the evils.

Allah wants us to seek forgiveness so we renew our faith. The Prophet صلى الله عليه وسلم asked forgiveness up to 70 times a day. The fact of the matter is that seeking forgiveness and doing dhikr removes sins and softens hearts to say La ialaha illallah even until your last breadth. Constantly combine saying LA ILA HA ILLALLAH with ASTAGHFIRULLAH. ALLAH Said in His Magnificent Book:

“So know, [O Muhammad], that there is no deity except Allah and ask forgiveness for your sin and for the believing men and believing women. And Allah knows of your movement and your resting place.” {Surat Muhammad: 18}

“By Allah, until today I am constantly renewing my Islam at all times. Until now, I do not consider myself to have fully submitted in Islam.” [Narrated by Ibn al-Qayyim in ‘Madaarij as-Saalikin’ ; 1/218]

“I swear by Him in whose hand is my soul, if you were a people who did not commit sin, Allah would take you away and replace you with a people who would sin and then seek Allah’s forgiveness so He could forgive them.” [Sahīh Muslim (2687)]

verse 20: “And there came running from the farthest part of the town, a man, saying: “O my people! Obey the Messengers;

verse 21: Follow those who do not ask of you [any] payment, and they are [rightly] guided.

verse: 22: And why should I not worship Him (Allah Alone) Who has created me and to Whom you shall be returned.”

Ibn Kathir states in his Tafisr of Surat Yaseen; verse 20-23:
Quoting what reached him from Ibn `Abbas, Ka`b Al-Ahbar and Wahb bin Munabbih — Ibn Ishaq reported that, “The people of the city resolved to kill their Messengers, then a man came running to them from the farthest part of the town, i.e., to help them against his people. They said, his name was Habib, and he used to work with ropes. He was a sickly man who suffered from leprosy, and he was very charitable, giving half of his earnings in charity, and his Fitrah (natural inclination) was sound.” Shabib bin Bishr said, narrating from `Ikrimah, from Ibn `Abbas, may Allah be pleased with him, that the name of the man mentioned in Ya Sin was Habib An-Najjar, and he was killed by his people. “