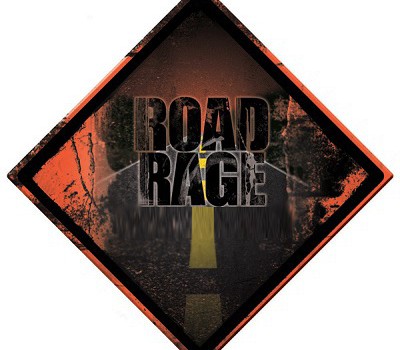 Continuation from part 1 of 2 – found here

Road rage is connected to anger and the loss of control over one’s behaviour and speech, which begin to exhibit aggression. In drivers, such behaviour may include gesturing, verbal insults or threats, deliberately driving in an unsafe manner etc. Road rage can lead to altercations, assaults and collisions. It can be thought of as an extreme case of aggressive driving and from amongst the many manifestations of road rage are the following:

– Cutting others off in a lane or deliberately preventing someone from merging into a lane.

– Chasing other motorists and scaring pedestrians, flashing lights and/or sounding the horn excessively.

– Yelling or exhibiting rude physical gestures at pedestrians or other roadside establishments.

Anger is an emotion that inspires action and the action it inspires is usually one of injury and injustice. It is a powerful emotion that rages through a person, creating a desire for revenge and the need to strike out at the object of anger. Such is the destructive nature of anger and uncontrolled aggression that when the man asked the Prophet صلى الله عليه وسلم for advice, he responded every time with, “Do not get angry”. [1]

Below are four points derived from Islamic texts that will help Muslim drivers (and others) to overcome their anger in various situations.

i. Seeking refuge in Allah from Shaytan

The first and foremost of all advise is seeking refuge in Allah from Shaytan and from the evils in ourselves and from our wrong doings. The Prophet صلى الله عليه وسلم gave us a prescription as is narrated by Sulayman Ibn Sard رضي الله عنه that: Two men were arguing and blaming each other. The face of one became red and his jugular veins swelled. The Prophet صلى الله عليه وسلم said, “I know a statement if spoken by him, his anger would subside: ‘Audhu billahi min-ashaytan nirajeem’ (I seek refuge in Allah from shaytan the accursed).” [2]

Imam Mawardi said in his ‘Adab ad-Dunya wa-Deen’ that one should remember Allah when angry as this leads to fear of Allah, which in turn leads him to obey Him and restrain ones anger by returning to proper manners and conduct.

There are innumerous rewards mentioned in the Qur’an and Sunnah for a person who controls his anger. Here we cite but a few of them. Allah سبحانه و تعالى Said: “…who repress anger , and who pardon men; verily, Allah loves Al-Muhsinoon (the good-doers).” [3]

He سبحانه و تعالى also Said: “Show forgiveness, enjoin what is good, and turn away from the foolish (i.e. don’t punish them).” [4]

Ibn Katheer records the following narrations in his Tafseer of this Ayah: “Hashim bin ‘Urwah said that his father said, “Allah Ordered Allah’s Messenger to pardon the people for their behaviour”… In Saheeh al-Bukhari, it is recorded that Hisham reported from his father ‘Urwah from his brother ‘Abdullah bin Az-Zubayr who said, “Show forgiveness” was only revealed about the people’s (bad) character”… the Messenger of Allah صلى الله عليه وسلم asked Jibra’eel about the meaning of this Ayah and Jibr’eel replied, “Allah Commands you to forgive those who wronged you, and give to those who deprived you.” [5]

Road rage is connected to anger and the loss of control over one’s behaviour and speech, which begin to exhibit aggression. In drivers, such behaviour may include gesturing, verbal insults or threats, deliberately driving in an unsafe manner etc. Road rage can lead to altercations, assaults and collisions. It can be thought of as an extreme case of aggressive driving

At-Tabarani and Al-Bayhaqi record a Hadeeth of Anas ibn Malik who narrated that the Messenger of Allah صلى الله عليه وسلم said, “…whoever restrains his anger, Allah will withhold His Punishment on the Day of Judgment.”

5. Taking Care of the Vehicle and not Exceeding its Capacity

Vehicles are a blessing from Allah and therefore like all of His blessings, we should take care of them and not take them for granted. This would mean we ensure they are mechanically roadworthy and clean.

The Prophet صلى الله عليه وسلم is also recorded to have said about riding animals, “…Ride them when they are in good condition and feed them when they are in good condition.” [8] – In the analogy between the motorised vehicle and the camel, we find that without food and proper care, the camel will succumb to illness and sure death; while neglecting the maintenance of the vehicle would inevitably lead to its breakdown; and the cost and trouble this causes is not unknown to us.

Regarding capacity, vehicles are designed and built according to various weight and passenger capacity. Exceeding these recommended capacities or neglecting his service will obviously affect performance and reliability. Imam Ibn Hibban recorded the following narration of the Prophet صلى الله عليه وسلم where he said about camels, “Ride them when they are healthy” as evidence that one should avoid riding weak and incompetent animals until they become healthy.

In his ‘Tabaqat’, Ibn Sa’ad records a narration from Ibn Darir who reported that he saw `Umar Ibn Al- Khattab beating a porter who had over-burdened his camel saying: “Why do you burden your camel beyond its capacity?” and there are other examples like these, thus a Muslim driver should ensure his vehicle is fit for purpose and that he is not taking unnecessary risks with regards to overloading.

6. Giving Rights to the Roads

It becomes necessary for drivers to use caution in residential areas and places where there are is a lot of pedestrian activity. From the above Hadeeth we can understand that our duty towards the roads is that we do not disturb people, respond with salam if prompted by others; and that we do not litter or cause any other sort of annoyance to others.

We also need to lower our gaze from looking at forbidden things, like a non-mahram women or promiscuous advertising boards etc. The general command to ‘promote the ma’roof (virtue and goodness) and prevent the munkar (vice and evil)’ includes within it every affair that a driver must care about wile within his vehicle or outside of it. This may involve advising people against illegal racing on public roads to advising couples engaged in public show of affection etc.

The trust placed on us by Allah is that we at least work to utilise His Blessings to the best of our ability. Tawfeeq and all success is from Allah alone.