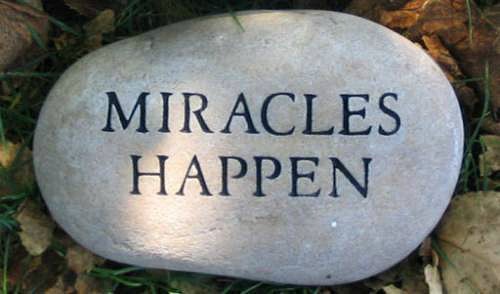 In a world where science and atheism is the fashion, it is almost taboo to believe in the soul, sorcery or miracles; at least it is looked down upon to air your beliefs in these things on the mainstream media. As a Muslim however, we do believe in miracles, the soul and sorcery. Whilst it is a major sin and a cause of disbelief in Islam to engage in sorcery, it is compulsory for Muslims to believe in the existence of sorcery and it is recommended to take steps to protect oneself and one’s family from sorcerers and their allies from the humans and the jinn. Oh yes, we also believe in the existence of jinn! It can be strange sometimes that people can believe in things unseen and difficult to visualise like the Higgs Boson, Black Holes, Parallel Universes, Wormholes, Aliens and UFOs, while denying the existence of other unseen but quite evident (in the effect they have on things around them) manifestations, like the soul, angels and demons.

Similarly, Muslims are required to believe in the existence of Miracles. Despite the best efforts of atheistic scientists, journalists and philosophers, most people in the world believe in some form of miracle; many hope for a miracle to happen to them. It is quite amusing also, that western parents choose to tell their children about a red nosed reindeer, a flying sleigh and a jolly old man that lives for hundreds of years in the North Pole with elves that help him make toys. Would it not be better to tell them of a loving, merciful, wise and powerful God, the angels, the demons and how humans should and should not interact with these unseen beings?

A miracle is understood and defined in different ways. Some would say that a miracle is when a wheelchair bound person is suddenly able to walk; this is a common example used by Catholics when they claim some religious relic or a holy place is miraculous. One example is the bathing waters in Lourdes, France. Muslim scholars define a miracle more tightly. They would argue that a wheelchair bound person being able to walk is not a miracle, but an example of healing or recovery, as being able to walk is not extraordinary, but rather, most humans can do it! A miracle they would say is when a person displays an ability, an action or an event that cannot be replicated by those other people around him/her or within a wider area. Examples are Jesus’ (peace be upon him) ability to heal the blind and the lepers just by laying on of hands, Moses’ (peace be upon him) ability to make his hand shine brightly and Muhammad’s (peace be upon him) ability to make water appear from his hands. Some miracles cannot be produced at will even by the Prophet’s and the saints (awliya or friends of Allah); God chooses to make it happen as a favour, a sign or to save a good person from danger. The prophet or saint may pray to God for help without knowing for sure what is going to happen. We know that a person is a true prophet or a true saint when we see or hear of these miracles being manifested by them or around them. Examples of this kind of miracle are the seas parting for Moses and his people to cross and escape Pharaohs’ army; The miracles that occurred to the young boy from the People of the Ditch in Yemen; the table of food sent down for the last supper; the fruits sent down for Maryam (peace be upon her) Mother of Jesus from heaven and the miracles that occurred to some of the companions of Muhammad, the Final Messenger of God.

The scholars classify the miracles into two categories, those that happen to prophets are major miracles known as ‘Moujaaza’ and those that happen to the friends of Allah who are not from the prophets; these are called ‘Karraamah’. The greatest miracle of all is the Quran, sent down to Muhammad (peace be upon him); this is a miracle that will stand till the end of time. It is a miracle containing many miracles, such as information not possible to be known by humans or jinn at the time of revelation and information about future events, some of which have come to pass and have proven the truthfulness of the Quran and some that we are awaiting. It also contains mathematical miracles and miracles of sound and recitation, perfection and rhythm. Indeed it stands as a challenge to mankind. The Quran claims that it is impossible for anyone other than God to write the Quran or even produce one chapter similar. God’s challenge is very confident; the Quran says that even if all the humans and all the jinn combined and worked together, they would not be able to produce a chapter similar to the Quran. There are criteria set for judging any text that is put forward and these are described in detail by the scholars of Islam. In summary, the text must be in Arabic, must match the Quran in recitation, style, truthfulness to reality, must be original, and must not contain mistakes in spelling or grammar and must not be gobbledegook like the poem called ‘Jabberwocky’ by Lewis Carroll.

Many orientalist scholars from Oxford and Cambridge universities as well as other places have tried to learn the Quran and produce a text similar. Some of these scholars have later embraced Islam as a way of life. Today there is a plethora of resources to learn and read the Quran online and many atheists are learning of the Quranic challenge for the first time. Many do not understand the requirements and try to produce something similar to an English translation of the Quran. Of course, any translation is the work of humans and therefore subject to human error, whilst the Quran describes itself as ‘An Arabic Quran’ and it is free from any error.