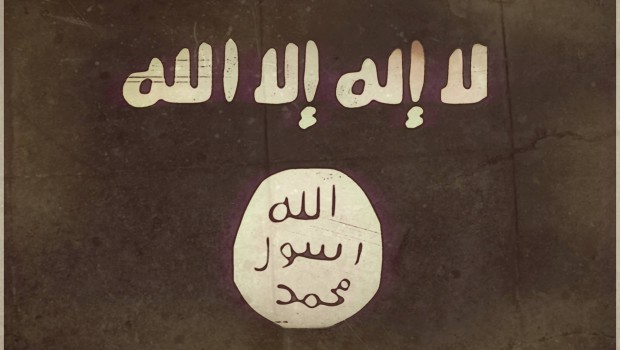 Before we clarify its conditions and what is La ilaha il-lallah (Tawheed), there are people who explain the meaning of Tawheed the wrong way, so we need to explain what does it mean to say, ‘There is none worthy of worship except Allah’?

‘There is none worthy of worship except Allah’ is built upon two pillars:

1. Negation (La ilaha (There is none worthy of worship…’ first and then;

1. Negation – La ilaha (There is none worthy of worship…)

La ilaha means to negate all objects of worship which are made rivals to Allah (swt), this first pillar obliges you to declare animosity and hatred to those worshipped besides Allah and also to declare Takfeer (proclaim them as infidels) upon it. If anyone fails to reject and disbelieve in all that is worshipped, followed or obeyed besides Allah, has not become Muslim, and his testimony of faith and prayer will not benefit him.

This classification of negation is proven and Allah (swt) always complemented the worship of him with the rejection of all other forms of worship. Allah (swt) says,

“Whoever disbelieves in Taaghut and believes in Allah, then he has grasped most trustworthy handhold that will never break. And Allah is All-Hearer, All-Knower.” [al-Baqarah(2) : 256]

It is reported in the Tafseer of Ibn Katheer in relation to the above verse,

Mujaahid said that, “the hand-hold is Emaan (true belief).”

Saeed bin Musayab and Al-Dahaak said that, “the hand-hold means there is no god but Allah (swt).”

“And verily, we have sent among every Ummah a messenger(proclaiming): “Worship Allah (alone), and avoid (or keep away from)Taaghut (false deities).” [an-Nahl: 36]

After you have negated all objects of worship and Taaghut, the second pillar of Tawheed is you must affirm your Emaan (belief) in Allah (swt), in all His (swt) names and attributes ((Asma wa Sifat), in His (swt) Lordship (Rububiyah) and worship (Uluhiyah). Allah (swt) says,

“Lord of the Heavens and of the earth, and of all that is between them; so worship him, and be constant and patient in His worship: Do you know who is worthy of the same name as He.” [al-Maryam (19) :65]

We mentioned the Tawheed is of two pillars, so if he says I affirm and not negate then he is not Muslim. For example, If he says he is free from the leaders and does not free himself from other objects of worship other than Allah (swt) then he is not declaring his negation and bara’ (disassociation) correctly.

And whoever comes from this angle is not Muslim because he has come from the angle of affirmation and not negation. He must come with all aspects, both negation and affirmation and encompass them with belief, sayings and actions.

Believing and affirming in Allah and then worshipping others, this has no benefit, you must come with negation and affirmation both in your inner and outer. Many ayaat give evidence to this classification for example, the people of the cave, they withdrew and disassociated from the kufr and shirk of their people and worshipped only Allah (swt).

“And when you do I’tizāl from them, and that which they worship, except Allāh” [al-Kahf: 16]

And Ibrahim (as) said to his people “And I shall do I’tizāl from you, and from those whom you invoke besides Allāh.” [al-Maryam: 48]

This is called I’tizaal (withdraw), to withdraw from them, and declare Takfir (proclaim them as infidels) from the inner and outer. You must negate and affirm with heart, tongue and action, like the way Ibrahim (as) and the people of the cave did. Allah (swt) says,

“When you separate from them and the things they worship other than Allah, betake yourselves to the Cave.” [al-Kahf:16]

Allah (swt) is the only one to be worshiped and we offer all types of worship to. Some understand Ibadah (worship) as only ruku, dua and sujud, but this is not correct, Ibn Taymiyyah defined ibadah as;

‘Every little thing Allah likes is Ibadaat in every action you do in the apparent and also hidden action. Allah likes all.’

So the definition of Ibadah is everything apparent and hidden actions to which Allah loves. Ibadah is everything Allah likes whether it’s the action of the heart or action of the tongue or limbs, it is not only ruku, sujud, dua, but rather it is all of this and much more. Allah is al-Khaaliq (the creator), he is the one that should be worshipped, he has given you the ni’mah (favour) and the only one you should give Ibadah to.

In conclusion, Tawheed is built upon two pillars, the first is to negate all forms of Taaghut (false deities) and the second pillar is to affirm and believe in Allah (swt) and these pillars must be fulfilled to correct your testimony of faith. Allah (swt) says,