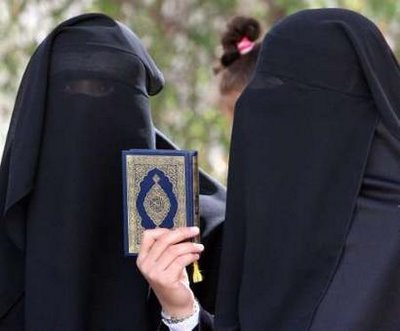 Umar RadhiAllahu anhu one night went in disguise with his companion Ibn Abbas RadhiAllahu anhu to check the condition of the people on the outskirts of Madinah. They strolled from one quarter to another. At last they came to a tribe where very poor people lived. While passing by a small hut, the Caliph overheard voices from inside. A mother was telling her daughter that the amount fetched by her that day on account of the sale of milk was very little. She told her that when she was young, and used to sell milk, she always mixed water with milk, and that led to considerable profit. She advised her daughter to do the same.

The girl said, “You diluted milk, when you were not a Muslim. Now that we are Muslims, we cannot dilute milk.”

The mother said that Islam did not stand in the way of her diluting the milk. The daughter said, “Have you forgotten the Caliph’s order? He wants that the milk should not be diluted”

The mother said, “But the Caliph has forgotten us. We’re so poor, what else should we do but dilute milk in order to survive?”

The daughter said “Such living would not be lawful, and as a Muslim I would not do anything which is against the orders of the Caliph, and whereby other Muslims are deceived.”

The mother said, “But there is neither the Caliph nor any of his officers here to see what we do. Daughter you are still a child. Go to bed now and tomorrow I will myself mix the milk with water for you.”

The girl refused to fall in with the plan of her mother. She said, “The Caliph may or may not be here, but his order is order, and it must be obeyed. My conscience is my Caliph. You may escape the notice of the Caliph and his officers, but how can we escape the notice of Allah and our own conscience?” Thereupon the mother remained quiet. The lamp was extinguished and the mother and the daughter went to sleep.

“She should be paid some money” said Ibn Abbas RadhiAllahu anhu. Umar said, “Such a girl would become a great mother. Her integrity is not to be weighed with a few coins; it is to be measured in the scale of national values. I shall offer her the highest award in my gift, and which shall also be in the highest interest of the nation.”
The Caliph summoned the daughter and the mother to his court. The mother trembled as she stood before the mighty ruler. But the girl faced Umar RadhiAllahu anhu with a calm repose. She was beautiful, and there was an impressive dignity about her.

Then before the gathering, Umar RadhiAllahu anhu related how he had overheard the mother and the daughter, and how in spite of the pleads of the mother the daughter had kept he resolve.

Someone suggested that the mother should be taken to task. The Caliph said that ordinarily he would have punished the mother, but he had forgiven her for the sake of her daughter. Turning to the girl Umar RadhiAllahu anhu said, “Islam needs daughters like you, and as a Caliph of Islam I wish to reward you by owning you as a daughter”.

The Caliph called his sons, and addressing them said “Here is a gem of a girl who would make a great mother. I desire that one of you should take this girl as wife. I know of no better bride than this girl of sterling character. In matters of wedlock, it should be the character, and not the stature in life that should count.”

From this union was born a daughter Umm Asim, who became in due course the mother of Umar bin Abdul Aziz, who later became a Caliph. While other Caliphs of the Umayyad dynasty lived in luxury, Umar bin Abdul Aziz upheld standards of austerity and simplicity following in the footsteps of Umar the second Caliph of Islam. It is said that if ever there was a noble Caliph after the ‘Rightly Guided Caliphs’, such a man was Umar bin Abdul Aziz. He inherited the noble qualities of the milkmaid who married the Caliph’s son, and those of Umar Farooq RadhiAllahu anhu who had the eye to discern the noble and honest qualities in a poor girl.