sharesShare on FacebookShare on TwitterShare on WhatsApp
4
History 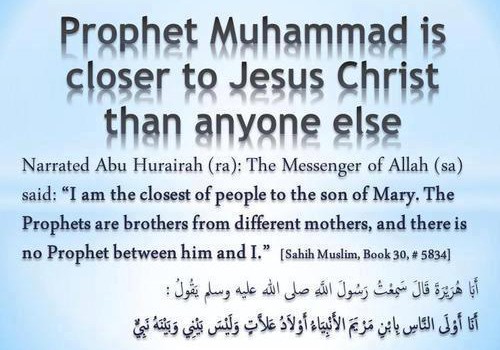 Who was the Real Jesus?

In a world that counts its days and arranges its meetings, vacations and daily activities by counting the days from the birth of Jesus (peace be upon him), most people no longer are sure about who Jesus (pbuh) really was. Today there are over six billion human beings living on the Earth in over two hundred countries. In a straight forward survey you would find that, the largest number of people are Christians (more than one third of the world’s population).

If you enquire more deeply, you will find that these people are not in agreement about what it means to be Christian; in the contents of the bible or in how they understand the nature of Jesus (pbuh). It is true that during the Christmas period, when the birth of Jesus (pbuh) is celebrated all over the world, in every country a nativity play is held to tell the story of the birth of Jesus; alas, even this play does not match with what the historical texts and evidences that the students of knowledge study when they become priests, monks or vicars. Some student priests have embraced Islam on the account of the church being silent about these inaccuracies and allowing the nativity story to go uncorrected.

So who really was Jesus (pbuh)? Did he really claim to be the King of the Jews? Was he really tried by Pontius Pilate and crucified between thieves? Did he really rise from the dead?

There have been three ‘quests’ to find the ‘historical Jesus’ amongst western scholars, theologians and historians. In addition there is the Muslim portrayal and beliefs about Jesus(pbuh) based upon what is written in the Holy Quran and what has been reported about Jesus(pbuh) from the Final Messenger of Allah Muhammad (pbuh) and his companions (May Allah be pleased with them all).

While the majority of Christians today consider Jesus (pbuh) as a ‘manifestation of God himself’ or as the ‘Son of God’, some Christian sects like the Unitarians do not believe this. Other early Christian sects denied that Jesus (pbuh) ever existed as a physical being. Secular historians cannot agree upon a single view of Jesus; the five main characterisations put forward among many are:

1. An apocalyptic prophet
2. A charismatic healer
3. A cynic philosopher
4. A Jewish Messiah
5. A prophet of social change

The only two events that all western secular historians agree on is that Jesus (pbuh) was arrested and tried by the Roman Governor of Judea Pontius Pilate and crucified and that he was baptised by John the Baptist (Yahya (as)). Unsurprisingly, the western historians do not accept the virgin birth and the claims of divinity put forward by the Catholic Church.

It is true that during the Christmas period, when the birth of Jesus (pbuh) is celebrated all over the world, in every country a nativity play is held to tell the story of the birth of Jesus; alas, even this play does not match with what the historical texts and evidences that the students of knowledge study when they become priests, monks or vicars.

The Quran describes Jesus (pbuh) as a holy person who, along with his mother was protected from Satan at the time of birth. The Quran describes him as a truthful and pious person who was ‘dutiful to his mother’. He was gentle and kind and patient with people, especially the children. He wore simple clothes, ate simple food, owned few things and earned his living as a humble carpenter. He preached and called people to obey the Torah and he was given new scriptures called the ‘Injil’ (Evangel). He is described as ‘a slave of Allah’. This is confirmed in what reverts to Islam from Christianity have reported about descriptions of Jesus in the Bible ‘falling on his face in prostration to God’.

So the real Jesus (pbuh) was not God and not the Son of God; he was a human born without a father through a miracle that was easy for Allah to do. He spoke to the people as a new baby, preached the word of God and performed many miracles, including bringing dead people back to life by the command of Allah. He was not crucified, but was raised up to heaven in the prime of his life and according to the Prophet Muhammad (pbuh) he will return again in the end times to live the rest of his life, marry, grow old and die like a normal human being.

It is mentioned in the ahadith that he will fight alongside Imam Mahdi, defeat the One-Eyed-Dajjal (anti-christ/ false messiah) and rule for many years in a golden age comparable to what many Christians visualise as ‘The Kingdom of God’. It is mentioned in the Quran that he will address the people when he is a very old man (kahl: a word in the Arabic language used for people over eighty years old). There is a space reserved for his burial next to the grave of the Prophet Muhammad (pbuh) in Medina. All Muslims believe in the prophethood of Jesus (pbuh) and in the ascension to heaven alive and in the second coming to Earth. We consider him as a brother to all the other prophets and respect him highly and consider him as one of the five greatest prophets of Allah (ulil azmi minal rusul).