sharesShare on FacebookShare on TwitterShare on WhatsApp
7
Adab 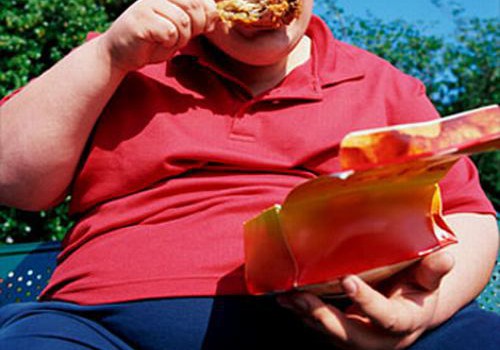 What is the Islamic Stance on Obesity?

Umar bin Al Khattab (May Allah be pleased with him) would encourage exercise and didn’t like obesity, in fact he was against obesity. He said,

“O People! Beware of overeating because it makes you lazy in your prayer, it makes your body weak and makes you unhealthy and Allah dislikes the obese man. And you should be modest in your food because that is closer to righteousness and further from excess and makes you stronger in worshipping Allah. And you will perish when your desires become more dearer to you than Allah (azza wajal) or your religion.”

When do you know you have eaten enough?’ He replied, “When I cannot tell the difference between the heavens and earth, between the Nafl and Fardh and between length and height, that is when I have had enough food.”

When we talk about obesity we mean obesity caused by overeating and not by health reasons because some people genetically have obesity. We don’t want anyone to assume because Allah (swt) created him or her like that Allah does not like them. We are discussing obesity caused by overeating and that is unhealthy, however if you are overweight even it is caused by genetic reasons try to lose weight and exercise.

Allah prefers a strong believer over a weak believer although there is good in both, so in the eyes of Allah a strong and healthy Muslim who stands up and prays is better than the one who has to sit down and pray. Allah prefers someone who loves to pray, fast, make dhikr, and perform the rest of the acts of worship, and is more active in seeking after these affairs, and keeps a closer watch over his performance of them. The evidence for this is when the Prophet (salalahu ‘alyhi wasalam) said:

“The strong believer is better and more beloved to Allâh than the weak believer, while there is good in both.” As-Suyûtî gathered it in ‘al-Jâmi’us-Saghîr, and al-Albânî numbered it #6650 and called it ‘hasan’. He traced it to Sahîh Muslim, Ibn Mâjah, and Ahmad.

Sometimes people tend to laugh at those who are overweight and this is not the character of a Muslim to laugh at peoples wrongdoings or people who are genetically obese. Al-Fudayl b. `Iyad said,

“Whoever sees a wrongdoing from his brother and then laughs in front of him has betrayed him.”

There is a saying and don’t take it literally, that the signs of dignity and wisdom are three:

Obviously this is not true!, also in the old books in Al Mustadrak, it says they asked a Bedouin, ‘When do you know you have eaten enough?’ He replied, “When I cannot tell the difference between the heavens and earth, between the Nafl and Fardh and between length and height, that is when I have had enough food.”

A man came to Umar bin Al Khattab (May Allah be pleased with him) and he had a big belly, Umar asked him, ‘What is this?’ The man replied, “It is a blessing from Allah!” Umar said, ‘No, its a punishment from Allah!.’

Umar bin Al Khattab (May Allah be pleased with him) said,

Narrated by Abu Huraira: A man used to eat much, but when he embraced Islam, he started eating less. This was mentioned to the Prophet (salalahu ‘alyhi wasalam) who then said, “A believer eats in one intestine (is satisfied with a little food) and a Kafir (disbeliever) eats in seven intestines (eats much). ” Bukhari

On seeing a fat man, the Prophet (salalahu ‘alyhi wasalam) said:
“If you did not have a paunch (belly fat), it would be better for you”.

“Overeating does not go with good health.” [Al-Haythami]

In summary, amongst the causes of weak faith is overeating, which leads to sleeping a lot and has a detrimental effect in your worship to Allah, laziness in your prayer, makes your body weak and unhealthy. The decline and unfortunate circumstances the Ummah is faced with today in Muslim lands is because our desires are more dearer to us than Allah (Azza wajal) and our religion, Al-Islam. The Prophet (salalahu ‘alyhi wasalam) said:

“The one who is physically healthy, safe in his community and is sufficiently nurtured will possess the whole world.” (Tirmidhi)

We end with a saying of Umar bin Al Khattab (May Allah be pleased with him):

“To eat less is healthy, to speak less is wisdom, and to sleep less is worship.”