sharesShare on FacebookShare on TwitterShare on WhatsApp
Zakat 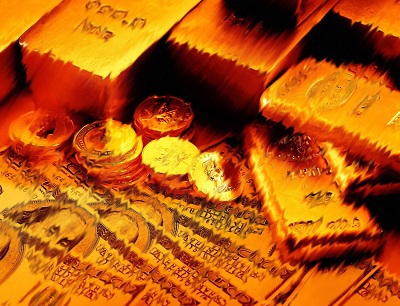 “…in order that it may not become a fortune used by the rich among you.” [2]

Ibn Katheer mentioned that this fai’ was disposed of according to the Prophet’sصلى الله عليه وسلم discretion and spent on righteous causes and for the benefit of Muslims as occurs in the first part of the Ayah. It was general wealth used to help the less-fortunate and provide opportunities for them to prosper.

Thus hoarding is regarded as haram because of the difficulty and harm it causes people when they are in need of the item (and upon which zakat has neither been paid).

…And those who hoard up gold and silver [8] and spend them not in the Way of Allah, announce unto them a painful torment.

The increasing discontent among the people we continue to see in the form of anti-capitalist demonstrations etc. is evidence of the inequality wrought by manipulation and excessive amount of wealth disbursed amongst the few [3]. This global discontent reflects the failings of a broken system that is built on riba and corruption, leading to injustice, greed and lack of opportunities for the lower spectrum of society – whose welfare is also discarded by the state.

Supporting social fairness may roll off easily from one’s tongue, yet its implication is not understood by many including the Muslims. Centuries of “civil development and progress” in the developed world has often been dictated by a higher-class and dominated by inequality. From the onset of the current global financial meltdown, arising from ravenousness and irresponsible economic policies by  negligent governments.

In his ‘Tafseer al-Kabeer’, Ar-Razi made a profound note on the above Ayah and about the (Muslim) state looking after its people in good times and bad, allowing trade to benefit the poor and not allow to cede (disparity in) wealth to the rich alone. It is a sign of societal imbalance when money becomes focused on one side, or group of people alone.

One major cause of corruption that leads to perpetuation of wealth within the hands of the few is avarice and hoarding. Those who have more, want even more, as the Prophet صلى الله عليه وسلم said:

“And let not those who hoard (covetously withhold) of that which Allah has bestowed on them of His Bounty (i.e. wealth) think that it is good for them…” [5]

Thus hoarding is regarded as haram because of the difficulty and harm it causes people when they are in need of the item (and upon which zakat has neither been paid). Imam Shafi’i said that: “The haram applies to the monopoly of foodstuffs and other (specific) items when there is not enough of it.” And about “one who is in error”, Imam Nawawi commented that it, “means one who is disobedient and a sinner, and this hadeeth clearly indicates that hoarding isharam.”

Allah سبحانه و تعالى Said about the Ahl al-Kitab [7] who devour wealth in falsehood and hinder men from the Way of Allah:

“…And those who hoard up gold and silver [8] and spend them not in the Way of Allah, announce unto them a painful torment.” [9]

Commenting on ‘devouring the wealth of mankind in falsehood’, Al-Baghawi said that it includes taking bribes for decisions and judgements made in their favour. In his monumental ‘At-Tahreer wat-Tanweer‘, Ibn Ashoor said that this Ayah is making Muslims aware of the short-comings of the ‘People of the Book’ and for them to be held in contempt for their errors, negligence and violation of other people’s wealth and using it unjustly… That their falsehood included changing religious rulings and influencing judiciary to approve their whims and seek justification for the people (involved in wrong-doing). Giving the legitimate owner of wealth (or to whom rights are due), no recourse to law, (and in some cases) including the denial of inheritance, denial of what is due to orphans and denial of endowments and charity. Their general reluctance to follow the true religion and to lure of people away from it by misleading them through their crooked methods and customs etc,

Another major practise that leads on from avarice and hoarding, is monopolising of trade and wealth. It is a sin that perpetuates return of profit to the self in exclusion of other people and “becomes a fortune used by the rich” among them. The wealth remains a monopoly of the rich and becomes a curse for them, while the losing party gets burdened by hardships. It is often the case the monopolisers refuse to pay zakat either, which would otherwise be utilised in causes that alleviate hardship and poverty for others.

The Prophet صلى الله عليه وسلم is reported to have said:

“The one who acquires (through fairness) is prosperous, and the one who monopolises is cursed.” [10]

And there are many other narrations relating to the evils of monopoly and similar practises; see Musnad Ahmad, 4742, ‘Fath al-Bari’, 4/408 and subsequent examples in ‘Awn al-Ma’bood’ 3448 (where the author brings statements and explanation of scholars on the topic), ‘Silsilat as-Saheehah’, 3362 and more…

And Allah is the source of strength and guidance.

[1] Fai’ was the booty/wealth that fell to the Muslims without them having been involved in battle.

[3] A study by the World Institute for Development Economics Research reports that the richest 1% of adults alone owned 40% of global assets in the year 2000. The three richest people possess more financial assets than the lowest 48 nations combined.

[6] ‘Al-Kanz’, which is wealth, the Zakat upon which has not been paid (thus not utilised in causes that alleviate hardship and poverty).

[7] People of the Book, Jews and Christians; Bani Isra’eel.