sharesShare on FacebookShare on TwitterShare on WhatsApp
2
Dua 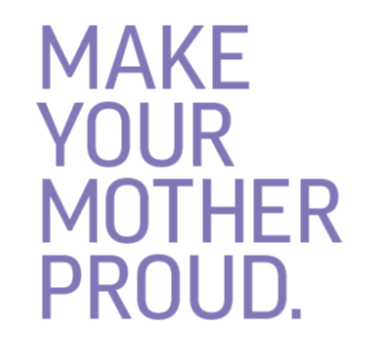 said to Umar رضي الله عنه , “O Umar in your time there will be a person by the name of Uwais, his tribe will be called Muraad, his village will be called Qarn. His complexion will be dark. He will be of medium height, and there will be a white mark on his body. Umar and Ali, when he comes ask him to supplicate for you for I swear by Allah, for if the likes of Uwais filled the earth, they cannot equal one hair on the body of Umar and Ali.”

But through this he

wanted to send us a message or make a point. So Umar and Ali stood up in astonishment that they were told to ask Uwais رحمه الله تعالى to make dua for them for they were the Sahabah (Companions of the Prophet) and he was a Tabi’ee (The generation after the Sahabah). The Prophet

“He has served his mother so well that whenever he raises his hands to ask Allah, Allah does not send those hands back empty.”

This point is need to be made, that you must be humble in front of your parents. The pace of the work life in the country you live is fast. If one has parents, very few are fortunate to have children who look after them, otherwise they spend their life within the four walls of their house.

This year when I went for the purpose of Dawah in Yemen, I went to the village of  Uwais Al Qarni رحمه الله تعالى , I saw where he was born, I met with the people of his tribe, I went through the locality marvelling at the fact that Uwais رحمه الله تعالى was born here. There are dry mountains there.. dry mountains.

This point is need to be made, that you must be humble in front of your parents. The pace of the work life in the country you live is fast. If one has parents, very few are fortunate to have children who look after them, otherwise they spend their life within the four walls of their house.

Then Umar رضي الله عنه said, “Those of the tribe Muraad sit down, those of Qarn remain standing.”  Then there remained only one man standing, so he رضي الله عنه asked “Are you Qarni?”

He said, ‘I know him, he is my nephews/brothers son, but he’s a bit crazy, why do you ask about him?’

Umar رضي الله عنه began to cry and said, “He is not crazy, it seems you are the crazy one.”

He then asked, “Where is he, has he come for Hajj?”

His uncle said, ‘He has come but has gone towards Arafah to graze his camels.’

Umar and Ali then hastened towards Arafah and when they arrived they saw a person praying underneath a tree whilst the camels were grazing around him. They then sat down and waited.

Uwais رحمه الله تعالى felt some people were waiting for him, so he shortened his prayer. When he finished Umar رضي الله عنه asked him “Who are you?”

He replied ‘I am a worker.’

Umar رضي الله عنه asked “What is your name?”

He replied ‘Abdullah (servant of Allah). ‘

Umar then said, “We are all the servants of Allah, I am asking the name which your mother called you with?”

He didn’t recognise this was the Khalifah Umar, and this was Ali, as this was the first time he had came to Hajj. Innocently Uwais رحمه الله تعالى said, ‘Who are you to ask me?’ In other words who are you to interview me? Then Ali رضي الله عنه said, ”This is Amirul Mumineen Umar bin Khataab and I am Ali bin Abi Talib.” Then he became shocked and made Salaam to them saying ‘I apologise, I did not recognise you.’

Raise your hands… this is to tell the future generations how to serve their mothers, that the likes of Umar and Ali were asking him to raise his hands.

He exclaimed, ‘How can I raise my hands for you. Me! What is my significance that I make dua for you.’

He heard the reply, “Yes, we were ordered by the Prophet (saw) ; if you see Uwais then you must ask for his dua, when he raises his hands for dua, it is answered.” For what reason?  Tahajjud, Jihad, Tableegh, Dhikr, Tilawah, Tasbeeh, Hajj, Umrah, Salah, Fasting, Dhikr, Tilawah… for what reason? No, none of these! Only one reason: Serving his mother.

In another narration it is mentioned when people are going to Jannah, Uwais رحمه الله تعالى will be going as well. When he will get to the doors of Jannah it will be said, “Everyone else can  proceed apart from Uwais.” Uwais رحمه الله تعالى will become scared and will say ‘O Allah, why have you stopped me?’  Allah will say, “You stay, let the rest go. Now in front of you stand the people who are going to hellfire, intercede for them, because of you thousands of people will go to paradise. This is why have stopped you, so that you may intercede, to whomever your finger points to I will give those Jannah”

Transcribed from the Lecture of Maulana Tariq Jameel