sharesShare on FacebookShare on TwitterShare on WhatsApp
8
Dua 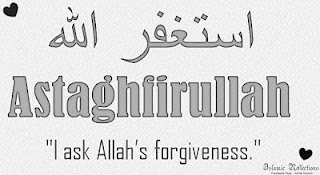 The Virtues of Istighfar – ‘Astaghfirullah’ (I seek forgiveness of Allah)

People often forget the importance of the simple yet powerful dua (supplication) – Istighfar i.e., saying “Astaghfirullah” (I seek forgiveness of Allah). Prophet Muhammad ( recited this at least 100 times a day. Let us see the benefits and virtues of reciting this simple beautiful supplication insha Allah.

Ibn Abbas (May Allah be pleased with them) said: The Messenger of Allah (e upon hpeace bim) said,

“If anyone constantly seeks pardon (from Allah), Allah will appoint for him a way out of every distress and a relief from every anxiety, and will provide sustenance for him from where he expects not.” [Abu Dawud].

In another hadith, Abdullah bin Abbas (May Allah be pleased with them) narrates that Rasulullah (Sallallahu Alayhi Wasallam) said:
“The one who (regularly) says Istighfaar, that is, frequently repent to Allah Ta’aala for sins committed, Allah Azza Wa-Jal will open a path from poverty and difficulties. All sorrow and hardship will be removed, and in its place prosperity and contentment granted. One will receive sustenance from unimagined and unexpected sources.”

Rasulullah (Sallallahu Alayhi Wasallam) has said in another Hadith:
“The one who seeks forgiveness for Muslim males and females from Allah Ta’aala twenty six or twenty five times every day, Allah Ta’ala will count that person among those whose Du’a is accepted, and through the barakah of whom those on earth gain Rizq (sustenance).”

Do Tasbih of Astaghfaar at least 100 times daily as it is the Sunnah of Prophet Muhammad (peace be upon him).
In one minute, you can say “Astaghfiru Allaah” more than 100 times! The virtue of seeking forgiveness is well-known, it is a reason of obtaining forgiveness, entering Paradise, having good provisions, increasing one’s strength, repelling harm, having affairs facilitated, the descent of rain, and increasing in wealth and children.

The doors of repentance are always open therefore don’t delay your repentance in a hope of tomorrow, as tomorrow is uncertain , Repent now and make it a habit to ask Allah’s forgiveness by reciting “Astaghfirullah”.

IMPORTANCE OF ISTIGHFAR FROM THE QURAN:

One of the 99 Names of Allah is Al-Ghaffaar (الْغَفَّارُ) – The Great Forgiver The Forgiver, the One who forgives the sins of His slaves time and time again. There are numerous verses in the Quran about the importance of asking for forgiveness of Allah SWT. Here are few of them:

And (commanding you): “Seek the forgiveness of your Lord, and turn to Him in repentance, that He may grant you good enjoyment, for a term appointed, and bestow His abounding Grace to every owner of grace (i.e. the one who helps and serves needy and deserving, physically and with his wealth, and even with good words). But if you turn away, then I fear for you the torment of a Great Day (i.e. the Day of Resurrection). [Hud 11:3]

“Then, verily! Your Lord for those who do evil (commit sins and are disobedient to Ac vvvcdfsdsffzllâh) in ignorance and afterward repent and do righteous deeds, verily, your Lord thereafter, (to such) is Oft-Forgiving, Most Merciful.” [An-Nahl 16:119]

“Your Lord knows best what is in your inner-selves. If you are righteous, then, verily, He is Ever Most Forgiving to those who turn unto Him again and again in obedience, and in repentance.” [Al-Isra 17:25]

“And verily, I am indeed Forgiving to him who repents, believes (in My Oneness, and associates none in worship with Me) and does righteous good deeds, and then remains constant in doing them, (till his death).” [Ta-Ha 20:82]

Need more verses? Read the Quran! There are plenty of verses about the importance of seeking forgiveness. Some verses are addressing the previous Prophets and their people. But these are again addressing us since Allah SWT wants us to learn from the story of previous people – His acceptance of forgiveness from them and His severe punishments for the ignorant groups. So did you say “Astagfirullah” (I seek forgiveness of Allah) 100 times today? 🙂

If Allaah forsakes you, none can help you! →

Ask Allah for everything, even the lace of a shoe! →