sharesShare on FacebookShare on TwitterShare on WhatsApp
4
Dua 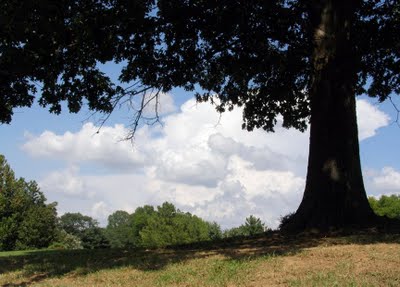 The Supplication of Musa عليه السلام

Musa عليه السلام has a special status in the Qur’an as he is mentioned more times than any other Prophet or Messenger. His name is mentioned 136 times in the Qur’an and he is the best of Prophets sent to Bani Isra’eel. He was the son of ‘Imran, and a descendant of the Prophet Ya’qoob and he is also from the ‘ulul adhm (the 5 greatest Messengers sent to mankind). He was honoured with the title ‘Kaleemullah’, the one whom Allah Spoke directly to. (Fabi Hudahum, Dr.. Uthman al-Khamis, p. 326)

Allah has made ​​clear in the Qur’an that He tests His creation, and puts many of his slaves to trial:

Speaking to Musa, Allah سبحانه و تعالى Said that He:

And this essentially is the secret why Musa’s stories are those most frequently found in the Qur’an. They provide immense lessons and points of reflections for ourselves and how we can learn from his struggles and efforts when faced with similar trials and situations that require much retrospect, patience, wisdom, intelligence and far-sightedness. Dr. Uthman al-Khamis commented in his book, ‘Fabi Hudahum’:

Musa’s name is recalled in the Book of Allah plentiful times. And it shows that Allah سبحانه و تعالى wants from us to reflect on his situation and the difficulties he encountered, rigours of pain, fatigue and injury he was trialed with. And from the recurring patterns we find, is the strength Musa draws from supplicating to Allah and invoking him at every juncture. One of the more profound supplication he made at a time of great distress and anxiety is the following:

We can note that Ayaat 3 to 43 in this Surah are related to Musa’s story. The supplication found in Ayah 24 was made by Musa when he was in an overwhelmingly desperate and difficult state, having overcome with anxiety and fear. For a normal person, this situation may be considered the peak of testing one’s resilience because it comes at a juncture after the following events have taken place in the life of Musa عليه السلام:

i. Fir’awn has complete control and will over Bani Isra’eel.
ii. He has deprived them and taken away all hope from them to be free.
iii. He massacres every male child and leaves the female child.
iv. Allah Commands Musa’s mother to put him into the river.
v. Musa is raised in the household of Fir’awn.
vi. Musa accidently kills a mam from Fir’awn’s kingdom while trying to help a man from Bani Isra’eel get water.
vii. Musa is frightened of the consequences of this death, and is told that Fir’awn has agreed to have him murdered.
viii. Musa flees Egypt and heads towards Madyan in constant danger to his life.
ix. Along the way he rests under a tree and comes across a scene where two sisters are waiting to collect water at a well for their flocks, which is being used by men. Musa intervenes to assist the sisters and get their share of the water, and waters the flocks for them.

He retreats to the shade of the tree and begs Allah سبحانه و تعالى for help and assistance. He has no family, no support, he’s far away from Egypt, he’s own life is in danger; so at this crusp of dire need of help and assistance, there is no place to complain, no family to seek support from, no livelihood to provide earning, no likely return to Egypt. At such a moment, Musa feels a critical urgency to his circumstance by turning to his Rabb; and so under the shade of trees, he made the above supplication. Thereafter Allah Said:

“So he watered (their flocks) for them, then he turned back to shade, and said: “My Lord! truly, I am in need of whatever good that You bestow on me!”

Almost immediately after the supplication, Allah سبحانه و تعالى began to remove the anxiety and worry from Musa, step by step. Musa assisted the women in getting the water for their cattle; the same women offered him to return to their house and meet their father.

“Then there came to him one of the two women, walking shyly. She said: “Verily, my father calls you that he may reward you for having watered (our flocks) for us…”

“And said one of them (the two women): “O my father! Hire him! Verily, the best of men for you to hire is the strong, the trustworthy.” [6]

Here we find that Musa’s act of fairness and kindness towards the women, led him to their father who then in return provided him with work. Allah granted Musa a safe place to live in the town of Madyan, united him with a pious man, who also wedded one of his daughters to Musa (Al Qassas, 27). Musa is given a stick that will later be used to perform miracles by the Will of Allah. Allah grants Musa to travel to the blessed valley of Tuwa where He speaks directly to Musa and makes him a Prophet. He is bestowed miracles that will be used to confront Fir’awn. Allah takes Musa’s brother Haroon and makes him a Prophet as as a suppprt for him in his mission. Finally drowning Fir’awn and his army in the Red Sea, and liberating the children of Isra’eel from the clutches of tyranny.

We notice that successes began to envelope Musa عليه السلام and victory was finally achieved. All of which started from a sincere cry of help and sense of hope; Musa felt needy before Allah and asked Him to bestow “whatever good” he was in need of. He left his affairs to Allah through his love, fear and hope; and Allah found a way out for him. Such was his adaab in supplicating and his wisdom in recognising the goodnees when it apeared to him in whatever form.

Therefore supplicate and invoke Allah سبحانه و تعالى at all times, time of ease and times of distress and worry. Feel a sincere attachment to Allah be hopeful and confident that it will be fulfilled. And do not make it into a routine or a daily chore without feeling the power and meaning of its content, nor let the heart be negligent of what the tongue is reciting. The Prophet صلى الله عليه وسلم said:

“Make dua to Allah while being confident (and hopeful) of it being granted; and know that Allah does not accept the dua from a heart that is negligent.” [7]

May Allah سبحانه و تعالى make us from his sincere worshippers and those who are constant in making du’a to Him.