sharesShare on FacebookShare on TwitterShare on WhatsApp
2
Womens 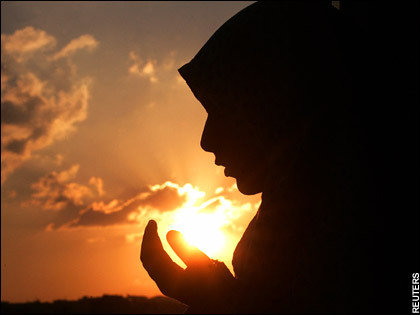 1. Khadeejah bint Khuwaylid first wife of The Prophet Muhammad (saws) was the first woman to embrace the religion of Islam. She was raised on praiseworthy characteristics and was well-known and praised for her intelligence, chastity, and prudence until people began to call her “Taahirah” or “the pure one.” She was a successful businesswoman, who achieved her wealth through hiring men to take it on merchant trips to sell. Khadeejah (R), the Mother of the Believers, died helping the Messenger of Allah (saws) in conveying the call to Islam.

THE CONTRIBUTIONS AND DISCOVERIES MADE BY SOME GREAT WOMEN IN ISLAM AND IN THE MUSLIM CIVILIZATION HAVE LEFT THEIR MARK ON THE WAY WE LIVE TODAY.

2. Aishah Bint Abu Bakr’s  life is proof that a woman can be far more learned than men and that she can be the teacher of scholars and experts.

She did not graduate from any university there were no universities as such in her day. But still her utterances are studied in faculties of literature, her legal pronouncements are studied in colleges of law and her life and works are studied and researched by students and teachers of Muslim history as they have been for over a thousand years.

Aishah is regarded as the best woman in Islam. Because of the strength of her personality, she was a leader in every field in knowledge, in society, in politics and in war. She often regretted her involvement in war but lived long enough to regain position as the most respected woman of her time.

3. In 841 C.E. Fatima Al-Fihri was a young wealthy and educated woman that Founded the Oldest University in the World. The University was built in Fez Morocco and is known as the College Mosque Complex of Al-Qarawiyin.

4. Al-Astrolabe was a 10th Century scholar who pioneered the development of astrolabes, a Medieval device that was the GPS of it’s time.

5. Barakah was unique in that she was the only one who was so close to the Prophet (saws) throughout his life from birth till death. Her life was one of selfless service in the Prophet’s household.

She remained deeply devoted to the person of the noble, gentle and caring Prophet. Above all, her devotion to the religion of Islam was strong and unshakable. She died during the caliphate of Uthman. Her roots were unknown but her place in Paradise was assured.

6. Umm Sulaym was a model Muslim that was known for her excellent character, the power of her intellect and her independent attitude of mind., a model wife and mother. Her belief in God was strong and uncompromising. She was not prepared to endanger her faith and the upbringing of her children for wealth and luxury, however abundant and tempting.

She was devoted to the Prophet (saws) and dedicated her son Anas to his service. She took the responsibility of educating her children and she played an active part in public life, sharing with the other Muslims the hardships and the joys of building a community and living for the pleasure of God.

7. Acia bint Ahmed Abdul Da’eem ibn Nea’mah was a scholar and a righteous woman from the people of hadeeth , she was also known for her recitation of the book of Allah (Qur’an). Her house was known for holding Quraanic and Islamic education. Aboo Fajr Is; and Zahir el- Taqafee and ibn Sakina also ibn Tabrazadee gave her ijaaza in teaching. All the people from her era took knowledge from her. She died in 687 H. May Allah be pleased with her and grant her Jannathul-Ferdous, Ameen!

8. Nasibah bint Ka’b al-Maziniyyah: One of the most distinguished women who took part in the battle of Uhud, if not the most distinguished of them, was Nasibah bint Ka’b al-Maziniyyah, Umm ‘Umarah (May Allah be pleased with her). At the beginning of the battle, she was bringing water and tending the wounded, as the other women were doing. When the battle was going in the favour of the Muslims, the archers disobeyed the command of the Prophet (saws), and this turned the victory into defeat.

At this point, Nasibah went forward, with her sword unsheathed and her bow in her hand, to join the small group who were standing firm with the Prophet (saws), acting as a human shield to protect him from the arrows of the mushrikin. Every time danger approached the Prophet (saws) she hastened to protect him. The Messenger of Allah (saws) noticed this, and later said, “Wherever I turned, to the left or the right, I saw her fighting for me.”

9. Hajar: The story of Hajar offers the Muslim woman the most marvellous example of deep faith in Allah (swt) and sincere trust in Him. Ibrahim (pbuh) left her at the Ka`bah in Makkah, above the well of Zamzam, at a time when there were no people and no water in the place. Hajar had no-one with her except her infant son Isma`il. She asked Ibrahim, calmly and with no trace of panic: “Has Allah (swt) commanded you to do this, O Ibrahim?” Ibrahim (pbuh) said, “Yes.” Her response reflected her acceptance and optimism: “Then He is not going to abandon us.” [Reported by Bukhari in Kitab al-Anbiya]

Here was an extremely difficult situation: a man left his wife and infant son in a barren land, where there were no plants, no water, and no people, and went back to the distant land of Palestine. He left nothing with her but a sack of dates and a skin filled with water. Were it not for the deep faith and trust in Allah (swt) that filled Hajar’s heart, she would not have been able to cope with such a difficult situation; she would have collapsed straight away, and would not have become the woman whose name is forever remembered night and day by those who perform hajj and `umrah at the house of Allah (swt), every time they drink the pure water of Zamzam, and run between the mounts of Safa’ and Marwah, as Hajar did on that most trying day.

10. Asmaa bint Abu Bakr belonged to a distinguished Muslim family.Her father, Abu Bakr (ra), was a close friend of the Prophet (saws) and the first Khalifah after his death. Asmaa herself was one of the first persons to accept Islam. Only about seventeen persons including both men and women became Muslims before her.

Asmaa became known for her fine and noble qualities and for the keenness of her intelligence. She was an extremely generous person. Her presence of mind in difficult circumstances was remarkable.

Historically, Muslim women played an important role in the foundation of many Islamic educational institutions, such as Fatima al-Fihri’s founding of the University of Al Karaouine in 859 CE. This continued through to the Ayyubid dynasty in the 12th and 13th centuries, when 160 mosques and madrasahs were established in Damascus, 26 of which were funded by women through the Waqf (charitable trust or trust law) system. Half of all the royal patrons for these institutions were also women.