sharesShare on FacebookShare on TwitterShare on WhatsApp
1
Black Magic 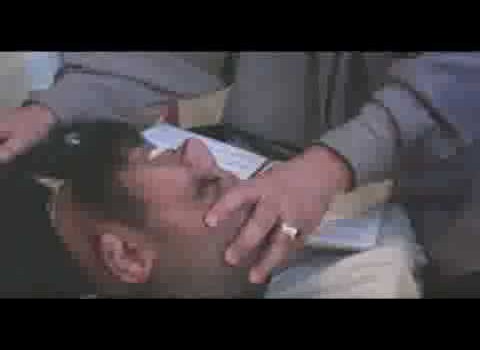 A woman used to hate her husband so much, to the point that the symptoms of sihr (Magic) done to her were obvious. She used to feel uncomfortable not only at home, especially in the company of her husband, whom she would see in a negative way, as if he were a savage beast.

Her husband took her to a healer, and the Jinn spoke through her person and said that his presence in the woman was as a result of sihr. His mission was to separate this man from his wife. The healer hit him very hard, yet he did not respond. The woman’s husband told me that he had been taking his wife to the healer for a month, until the Jinn told him to divorce his wife. Unfortunately, the man fulfilled the Jinn’s request, and divorced his wife, an initial divorce.

Afterwards, he brought her back, and she recovered for a week. But, the Jinn returned to her, and this is the reason the man brought her to me. I recited some verses of the Our’an over her, and then she became epileptic. This is the summary of the conversation which took place between me and Jinn.

Me: “What is your religion?”

Me: “Why did you enter into this woman?”

Jinn: “In order to separate her from her husband.”

Me: “I have a proposal for you. If you accept it, then praise is due to Allah but if you don’t, you will have a choice.”

Jinn: “Do not tire yourself. I will not go. Her husband already tried by taking her to such and such healer.

Me: “I would like to invite you to embrace Islam. If you accept then praise is due to Allah. Otherwise, there is no compulsion in religion.”

I kept on inviting him to Islam, and after a prolonged debate, he eventually embraced Islam. So, I asked him;

Me: “Have you truly become a Muslim, or are you just tricking me?”

Jinn: “You cannot force me to become Muslim, but I have done it from my heart, but….”

Jinn: “Now, I see before me a group of Christian Jinn who are threatening me, and I am afraid they will kill me.”

Me: “This is an easy matter. If it is proven to us that you have really become a Muslim, then we will give you a strong weapon which will prevent any of them from coming near you”

Me: “No, not until we finish our discussion”

Jinn: “What else do you want?”

Me: “To prove that you have become a true Muslim you should get out of this woman.”

Jinn: “Yes, I have become a Muslim, but how can I escape from the saahir (Magician)?

Me: “This is easy, if you agree with us”

Me: “Where is the object used for sihr then?”

Jinn: “Buried in the backyard of the house where the woman lives. But I cannot exactly determine the place because, there is another Jinn employed as a guard over it, and every time the place becomes known, he transfers it to another place”.

Me: “For how long have you been working with the saahir?”

Jinn: “For about ten or twenty years – I have forgotten whether it was ten or twenty and I have inhabited three women before this lady”.

The jinn recounted the story of the three women. When it became clear to me that he was telling the truth, I told him:

Me: “Take the weapon I have promised you”

Me: “ayatul Kursiy”. Every time a Jinn comes near you, recite it and he will run away from you. Did you memorise it?”

Jinn: “Yes, I memorized it from the woman, because she used to recite it often But, how can I escape from the sahir?”

Me: “Get out now and go and live in Makka among the believing jinn”

Jinn: “But, will Allah accept my repentance after all these sins? I have tortured his woman and other women before her, so much.”

Me: “yes for Allah says: (Say: ‘O my people who have been prodigal against yourselves, do not despair of Allah’s mercy; surely He is the All-forgiving, the All-compassionate) (39:53)

The Jinn cried, saying: “When I get out, ask this woman to forgive me for torturing her.” He then promised to leave and he did. Afterwards, I recited some verses of the Qur’an over some water and I asked the woman’s husband to sprinkle it on their backyard.

After quite a long while, the man informed me that his wife was well. The woman’s recovery was not due to me, but everything was from Allah (AZ)

Allah (swt) says: “And [yet] they learn from them that by which they cause separation  between a man and his wife. But they do not harm anyone through it except by permission of Allah. And the people learnt what harms them and does not benefit them.” Surah Al Baqarah: 102

According to Ibn-Khatir,
“The cause of separation between two spouses through this sihr is that each of them appears to the other as an ugly and ill-mannered person.”
Refer, Tafseer Ibn-Khatir (1/144)