sharesShare on FacebookShare on TwitterShare on WhatsApp
19
Black Magic 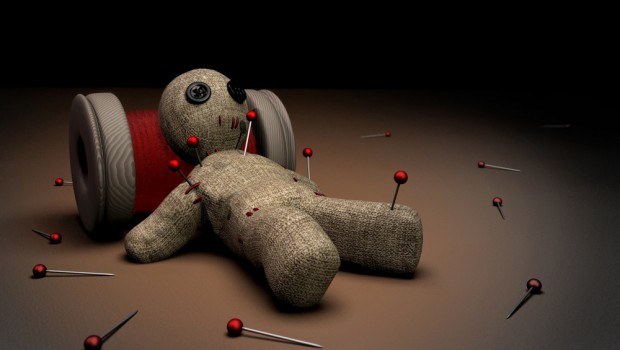 The Difference between the Evil Eye and Jealousy
Sihr (Magic) of Separation: A Jinn called Shaqwan

In this chapter, I shall discuss some types of sihr (magic) in terms of their effect on a person and the treatment of each type with the Qur’an, sunna an invocations of Allah. However, I would like to draw the reader’s attention that in this and other chapters on treatment, there are some methods which are not confirmed by the Prophet in treating some special cases. They are nevertheless, included in general principals confirmed by the Qur’an and Sunna. For example, you will find that the treatment of a disease with a verse of the Quran is included in the verse.

Some scholar’s hold that the verse refers to healing of psychological diseases such as suspicion, polytheism, immorality; while others are of the opinion that healing in this context is both mental and physical.

Another evidence which is not only clearer, but is also a basic constituent, in this respect is the hadith quoted by Aisha (RAZ) when the Prophet (PBUH) came home to find a woman treating her with ruqya, and said: ‘Treat her with the Book of Allah (the Qur’an)’

A close examination of this hadith reveals that the Prophet’s (PBUH) statement is general; not confined to any specific verses of chapter of the Qur’an. This proves that the entire Qur’an is a healing. Furthermore, practical experience has shown time and again that the Qur’an is not only a healing to sihr, insanity and jealousy, but also physical illnesses.

One might argue that there should be specific evidence from every verse we choose from the Qur’an for the purpose of healing a patient. One might also argue that one should wait until confirmation comes from a hadith that the Prophet (PBUH) healed such an illness with such a verse. In response to this argument, we say that the Prophet (PBUH) laid down a general rule for every ruqya. It is reported in Sahih Muslim that some people asked the Prophet (PBUH): ‘O Allah’s Messenger! We used to do ruqya during the Pre-Islamic period of ignorance.’ The Prophet (PBUH) said, ‘Tell me about your ruqyas. For there is no harm in a ruqya as long as it does not contain words of polytheism.’ Sahih Muslim: The Book of As-Salam (64), and in An-Nawawi 14/187

According to this hadith, we are allowed to adopt ruqya from the Qur’an, Sunna, invocations of Allah or the like; or even ruqyas which belonged to the pre-islamic period, provided they do not contain a language of polytheism.

symptoms of black magic to separate husband and wife

Allah says, {and they follow what the Satans recited over Sulayman’s Kingdom. Sulyman disbelieved not but the Satans disbelieved, teaching the people sorcery, and that which was sent down upon Babylon’s two angels, Harut and Marut; they taught not any man, without they said, ‘We are but a temptation; do not disbelieve.’ From them they learned how they might divide a man and his wife, yet they did not hurt any man thereby, save by the leave of Allah, and they learnt what they hurt them and did not profit them, knowing well that whosoever buys it shall have no share in the world to come; evil then was that they sold themselves for; if they had but known.} (2:102)

Jabir (RAZ) reported that the prophet (SAW) said: “Iblis would lay his throne on water and would send his brigade of demons. The lowest among them in rank is the one who is most notorious in stirring up fitna. One of the demons would, after a mission, come and say to Iblis, “I have done so and so.” Iblis would reply, ‘You have not done anything.’ Another one would come and say: ‘I have not left such and such person until I separated him from his wife.’ Iblis would come closer to his demon and say, ‘How good you are’ Muslim in An-nawawl : 17/157

Definition of Sihr of Separation

It is a sihr, which aims to separate between two spouses, or stir up hatred between two friends or two partners.

Types of Sihr of Separation

Symptoms of Sihr of Separation

According to Al-Hafidh Ibn Kathir, the cause or separation between two spouses through this sihr is that each of them appears to the other as an ugly or ill-mannered person. 1

symptoms of sihr of separation

How does the sihr of separation take place?

A person goes to sorcerer and requests that a certain person be separated from his wife. The sorcerer would ask his client to provide the name of the person and that of his mother, and traces of the person’s smell from his/her hair, garment or handkerchief etc. If this is too difficult to obtain, the sorcerer would perform sihr on some water, then ask his client to spill it along the way shich that person normally uses if person crosses the place of water, then he/she would be affected by sihr. Another way of doing it is by adding the water into his food or drink.