sharesShare on FacebookShare on TwitterShare on WhatsApp
Sincerity 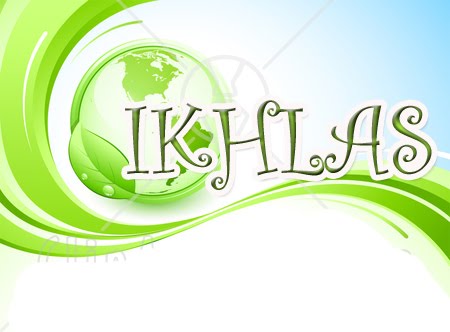 “Invoke your Rabb with humility and in secret. He likes not the aggressors.”

Invoking and imploring Allah سبحانه و تعالى with humility and secretly is a cure for arrogance and aggression and all similar traits. Secrecy can’t be achieved except with sincerity, and sincerity is an attribute that requires an internal conditioning until one’s outwardly actions and speech is of the same quality as his inward state of being; keeping his conduct free from the any influence of other creatures. It is a blessing and a gift that Allah grants to anyone He loves among His servants.

On the Day of Judgement, Angels will present sealed records of deeds to Allah, and will then be told by Allah to strike out certain deeds and reject them. The Angels will say they did not know except the goodness of the (rejected) deeds. Allah سبحانه و تعالى will Tell them those deeds were not performed for His Sake

إِذْ نَادَىٰ رَبَّهُ نِدَاءً خَفِيًّا
“When he called out his Rabb, a call in secret.” [Maryam, 3]

‘Khafiya’ is something that is hidden or concealed, and this is how Zakariyyah عليه السلام made his call, in a humbled low voice in the middle of the night. And it is the only time this word has been used in this way in the Qur’an. Ibn Qayyim mentioned in his ‘Badaa’iul Fawa’id’ that this prayer in such a quiet manner reveals a number of benefits, amongst them that, it leads to sincerity.

In ‘Madaarij al-Saalikee’, we read about Junayd al-Baghdadi’s amazing description when asked about ikhlas:

“It is a secret between Allah and His slave. Angels know nothing of it (so as) to record it, and Shaytan can’t corrupt it, and nor can desire affect it.”

This beautiful definition can be understood in light of the hadeeth that mentions how, on the Day of Judgement, Angels will present sealed records of deeds to Allah, and will then be told by Allah to strike out certain deeds and reject them. The Angels will say they did not know except the goodness of the (rejected) deeds. Allah سبحانه و تعالى will Tell them those deeds were not performed for His Sake – see ‘Al-Ikhlas wal-Niyyah’ , p. 45

One of our Salaf said something of tremendous reflection, “whoever sees sincerity in his sincerity, his sincerity is itself in need of sincerity. The destruction of every sincere person lies in his sincerity to the extent that he sees sincerity in himself. When he abandons seeing sincerity in himself he will be sincere and purified.” From these profound words of advice is that we should invest in secret acts of worship in order to bring ourselves closer to Allah, and so that we can hope to reap the rewards when we meet Allah.All too often we become wholly extrospective and lose track of examining our own spiritual development and means to strengthen our ikhlas and all the paths leading to it.

One of the paths is nicely explained by Dhu’n-Noon al-Misri (), when highlighting three known symptoms of sincere devotion:

1. Being able to show indifference to any praise or any blame that comes from the people.
2. Having lack of interest in the impression made by one’s good deeds.
3. Holding the reward for his actions as a matter to be decided in the akhirah.

‘Ali ibn Abi Talib رضي الله عنه said, “Charity is the righteous deeds that you do not want any praise for, except from Allah.” [‘Al-Ikhlas wal-Niyyah’ , p. 35]

Imam Nawawi said, “Know, that sincerity is often affected by the disease ‘ujub (self-conceit). Whoever has ujub with charity, then his charity is erased. Similarly, people who boast about being charitable, then their charity is erased.” [See Ta’theer al-Anfas’, p. 584]