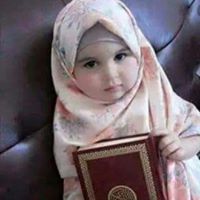 What is Monoteism ?It`s the doctrine that there`s only One God. Know more through our site “Free Quran Education”

Our youth are not confident, not proud, not in love with Islam.

They’re not confident in the Qur’an.

They’re not confident that the Messenger of Allah ﷺ is the absolute best role model,

no one deserves to be loved more,

no one deserves to be followed more,

How do you address the crisis of faith?

It easier to talk about a problem,

And I’m not gonna,

my disclaimer will be, I don’t claim to have answers, like absolute ones.

The first part of the solution,

is that we have to create the culture around strong friendship.

Identity itself, it revolves around who you hang out with,

who you spend most of your time with, who you identify with.

When you spend most of your times on a computer,

you know, you start taking on some of the qualities of the stuff you’re reading,

on the stuff you’re watching,

it starts invading your thoughts.

The kinds of people you spend time with, if they’re studying Islam all the time, you’ll want to study Islam too.

starting with the Muslim family and then evolving to the Muslim community, needs to actually have a campaign

to ensure our young children are in the company of good role model older kids,

they’re going to college, they’re holding on to their religion, they’re learning their deen,

these girls are role models they don’t even know it.

And our younger girls need to be spending time with these older girls, it’s really important,

that they have someone to look up to that is strong in their deen,

and they aspire to want to be like them.

The same goes for the guys.

At a younger age, it’s not like, you know what we do,

it kind of, it doesn’t work out.

There needs to be a kind of mentorship happening at the community level.

So that our younger boys are spending times with some of the older boys especially the ones that are mature in their religion.

And we have, masha Allah, even though we don’t have a lot of those, we have enough of those.

We have enough young people that are mature in their religion, they really want to learn more about it.

they have youth, they have energy,

they have health, they have good looks,

they could go on any number of ways in their life, and they chose to submit themselves to Islam,

that in and of itself is huge that already makes them a role model,

whether they’ve ever grabbing a mic and speaking publicly are not doesn’t matter, they’re still role models.

And we need to put them into that position.

It does two things:

One, it gives young people someone to look up to.

And two, it gives older kids a sense of responsibility,

it makes them realize that others have eyes on them,

that they have to answer to a higher standard,

because they set the tone for others.

It gives them sense of responsibility too.

And that kind of mentorship thing needs to start happening when families start doing that,

and utilizing the community as a place where that kind of mentorship can happen.

Root, Branch, And Taboo Questions – How to Answer All Questions About Islam? →

The Presence of Interstellar Matter | Miracles of the Quran →

Animals and Birds Live in Communities | Miracles of the Quran | Subtitled →

Barrier between Sweet and Salty Waters | Miracles of the Quran | Subtitled →

UNBELIEVABLE: Reason of The Repetition In Surah Ar Rahman : Linguistic Beauty of Quran →