sharesShare on FacebookShare on TwitterShare on WhatsApp
6
Parenting 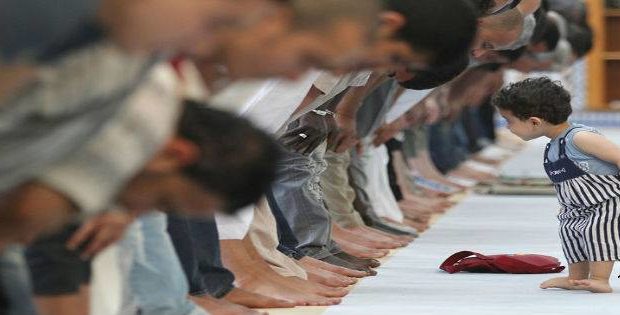 “How many people have caused misery to their own children, the apples of their eyes, in this world and in the Hereafter, by neglecting them, not disciplining them, encouraging them to follow their whims and desires, thinking that they were honouring them when they were in fact humiliating them, that they were being merciful to them when in fact they were wronging them. They have not benefited from having a child, and they have made the child lose his share in this world and in the Hereafter. If you think about the corruption of children you will see that in most cases it is because of the parents.”

There is nothing more difficult for parents than ensuring a strong and genuine connection between the child and the Qur’an. This difficulty partly arises from their own weak connection to the Book of Allah, or the inability to actualise some of its content in having any semblance for the children. Any parent lacking in the essential pre-requisites, (as Ibn al-Qayyim mentions in his ‘Tuhfat al-Mawdood’), then identifying what needs to be corrected at root level is key, before any fruits can be expected to grow:

1. Misery to children (by their parents) is caused by lack of discipline.
2. Allowing children to follow their whims and desires (as a false provision of care).
3. Corruption of children (in most cases) lies with parents.

These facets need to be remedied before evolving to the next stage of seamless daily living that incorporates the type of opportunities and nurturing of concepts that you would like to see. There is a narration of Abdullah ibn Mas’ood رضي الله عنه  recorded in ‘Sunan al-Kabeer’ of al-Tabarani (4975) that he said:

“Ensure your children preserve their salat, and nurture (and accustom) them upon goodness, for verily this goodness will become habitual (for them).”

Salat is the pivot that holds our identity and from which all other actions grow and bond together. If a child is disciplined enough to preserve his/her salawat, this would be a good indication of a heart that loves what is good, so habituating them to recognise and perform good deeds could come naturally. If we recognise there is no greater “material” than emulation (i.e. children emulating from their surroundings), then parents themselves would be the most prized assets in becoming worthy of emulation. This would be the first step towards “active learning” as you rightly define it… A simple example of this would be taking them to the masjid consistently at an early age, exactly how the Prophet صلى الله عليه وسلم would take his grandchildren to the masjid. This was an intelligent way of exposing them to the importance of salah, so that it would become a part of their daily lives too. This is also in line with studies on child psychology where observational learning essentially begins to define them from as young as one year old.

And this does not just apply to acts of ibadah but also manners, which fundamentally encapsulates the whole of our Deen – for it is not possible to be people of the Qur’an, when our manners are lacking. And manners are not a theoretical exercise taken from books, but a practical yardstick to measure one’s understanding of the Deen. Therefore, the child’s tarbiyah comes down to teaching and exemplifying

(i) what requires encouraging, and

Progression is built upon such groundwork, and from which “learning material” can be developed in a bespoke way (because no two kids are the same). And this can come from something as simple as a dialogue between a parent and child – a dialogue on stories found in the Qur’an for example or any aspect of interest the child may have and linking it back to the Qur’an. Other ideas that are practical, relevant and realistic, amongst them:

Last but not least, all this effort comes to little or nothing if there is no consistency. And this is perhaps the single most vital component when you mention “methodology of Salaf”:

And it is said:
رحلة الألف ميل تبدأ بخطوة واحدة
“A journey of a thousand miles begins with a [first] single step.”

The first step is always the most challenging, and to Allah we turn for ease and protection and success.

How parents push their children away from Islam →

Is it permissible for wife and mother to live together? →