sharesShare on FacebookShare on TwitterShare on WhatsApp
3
Children 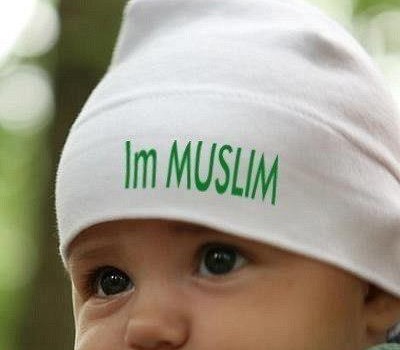 Our Children; the Flowers of Jannah!

We love our children from the bottom of our hearts and yet we often fail to fulfill many obligations towards them. The irony is, we never realize that many of the rights of our children have been overlooked. Our lack of knowledge about our Deen Islam and its golden rules is the major reason we are ignorant of our duties to our children.

For instance, how many of us who are fathers realize that the very first right of our children over us is our selection of their mother? The right to a righteous mother needs to be fulfilled even before our children are born!

Omer Bin Khattab (RA) once said: “For Nikkah, choose amongst the pious families, because every family has its own hidden traits.” [1]

Thus, a Muslim man should choose a wife who is a pious mominah as it is the right of his future generation. For both men and women, the preference in choice of spouse should be based on deen and Imaan, not beauty alone. As we look around us, we feel that this right of children is being ignored for long and by many. Somehow beauty and riches have taken the front seat while Imaan and Deen have been sidelined.

After the birth of a child, his or her first right is to be declared a Muslim. For this, we need to recite Adhan in the right ear of the child.

The next right of a newborn Muslim child is “Tehneek”. Tehneek means to soften a solid food, preferably a date, and then to rub it on the palate. The father should be asked to do the Tehneek. Tehneek has been proven by various hadiths and is considered a mustahib.

Narrated by Abu Musa Asha’ri: “When Allah blessed me with a son, I went to the Prophet (SAW). He chose the name Ibraheem for him and gave him a date (as Tehneek) and prayed for barakah for him and then returned him to me.”[3]

Many Muslims have abandoned the sunnah of Tehneek because they think it will harm the baby. While scientific research should be accepted and followed to avoid accident, following a proven sunnah tradition can only be beneficial for us.

“Aqeeqah” is another important obligation of the parents towards the newborn child. Traditionally, the aqeeqah has been held on the seventh day after the birth of the child. When the baby is seven days old, his or her hair should be shaved completely, not partially, and silver equal to the weight of the hair should be given as charity. One animal for a girl and two for a boy should be slaughtered on the seventh day as well.

Prophet Muhammad (SAW) said: ”Every child is under pledge with his Aqeeqah. On the seventh day, (an animal) should be sacrificed for him. (The child) should be given a name and his head should be shaved.” [4]

“Allah’s Apostle sacrificed a goat as Aqeeqah for Hasan (RA) and said:”Fatimah! Shave his head and spend the silver equal to the weight of his hair in charity.” When they weighed the hair, it was equal to one dirham or even less.” [5]

Next, it is the right of a child to be given a name that has a good meaning.

“Verily Allah likes two names from your names the most, Abdullah and Abdur Rahman.” [6]

The Prophet (SAW) said: ”He who is blessed with a child should give him/her a good name and teach him/her good manners.”[7]

Regarding the upbringing of children, it is the obligation of a parent to teach the child manners, to provide food and clothing, and to educate him or her. It is their right to be taught Islam and the fear and love of Allah to be instilled in them. They should be trained to differentiate right from wrong. When the children come of age, they ought to be married. Making sure that there is no discrimination between the children on the basis of their sex and that they are all treated equally is also essential.

Nauman ibn Bashir said that his father brought him to the messenger of Allah (SAW) and said: ”I have given a slave boy (as a gift) to this son of mine.”

The Prophet (SAW) asked: ”Have you done the same for all of your children?”

And he replied that he had not. The Prophet (SAW) then said: ”Fear Allah, and be fair to all your children.” [8]

It is the right of our children to be treated with love, kindness, and equality. Their rights don’t end with the provision of food, clothing and education even though these things are essential; our children have a right to our time just as they have a right to our money. Our undivided attention, love, devotion, and care might be the only things missing to make life perfect for our children. We might regret the time we spent busy in our daily activities of life away from your children when we grow old and our children fail to spend some time with us. We need to set our priorities straight now before it is too late!