sharesShare on FacebookShare on TwitterShare on WhatsApp
1
Ibadah 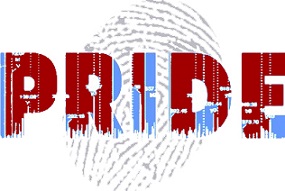 The claim (to nobility) is based on Taqwah (Fear of Allah)

In many ‘culturalised’ Muslim communities, one’s honour and rank is measured by family background, ethnicity, by wealth and social circle/status. These racial and material determinants do not feature the qualitative aspects of a person’s spiritual development and the level of taqwah and connection one has with Allah. And as turmoil engulfs the ummah from all sides, fanatic nationalism continues to impede the progress and stability within many Muslim communities.

Allah confirms that such superficial aspects do not count with him, rather what counts is one’s taqwah and piety and consciousness of His commands and prohibitions.

“O mankind, We created you from a male and a female and made ​​you nations and tribes that you may know each other. Verily, the most honorable among you with Allah is the one with most taqwah. Surely Allah is All-Knower .” [1]

Imam At-Tabari said, “Verily the noblest among you is the one who attains high level of taqwah of Allah, namely by carrying out various obligations and staying away from sin. Good looks, magnificent mansions or being of noble descent is of no significance“. [2]

Al-Aloosi said, this Ayah contains a prohibition for having mutual pride in one’s descent, “Verily the noblest and highest rank among you in the sight of Allah in this world and in the Hereafter is the one with most taqwah. If you want to be proud of each other, then be proud with your taqwah.” [3]

In his commentary of the Qur’an, Abu Hayyan al-Andalusi [4] stated, “Verily Allah has created ​​you as mentioned (in the Ayah) so you may know each other and those of different races. Whatever race you come from, you should not be (boastfully) proud of the nobility of your father or grandfather. For the claim (to nobility) is based on taqwah“.

Ibn Katheer said, “Surely your taqwah is nobility and not from where you descend (i.e. your lineage)”. [5]

Al-Shawkani said, “Verily the noblest among you is the one with most taqwah. Those who have fear of Allah have more right to hold glory, which is more noble than those who do not have the nature of taqwah. He is the most noble who holds high position (with Allah), so to claim being proud of each other about the glory of your lineage, then this does not reflect glory. It does not indicate a person is noble and has a position (with Allah)”. [7]

Nasir al-Sa’di said, “Allah made ​​you into different nations and tribes so that you you may know each other and know one another’s ancestry. But nobility is measured by taqwah. The one most noble in the sight of Allah is one who diligently obeys Him and keeps away from sin. This nobility is not attained through kinship, nor in terms of heritage/ancestry. Allah is All-Knowing and All-Aware and knows really who is inwardly and outwardly muttaqi, or has piety in manners alone but not in spirit. Allah will reward him accordingly”. [9]

There are many hadeeth mentioning what has been of the above, the noble-noble human being is the most cautious.

“Whoever is delayed pulled down by his own deeds, will not be pulled up by his lineage.” [12]

Ibn Rajab said in his valuable ‘Jaami’ al-Uloom wal-Hikam’ that the deeds of a slave will be of various levels in the Hereafter, as Allaah سبحانه و تعالى Said:

And whoever delays his deeds, is diminishing his rank (and opportunity) in attaining higher and elevated position with Allaah. His lineage does not hasten (or help him) in his attainment of the (higher) rank, for Allaah has arranged these ranks and degrees based upon one’s deeds and not on lineage (or genealogy). Allaah سبحانه و تعالى Said:

“Then, when the Trumpet is blown, there will be no kinship among them that Day, nor will they ask of one another.” [Al-Mu’minoon, 101]

Therefore colour and ancestry does not make us noble, rather it is taqwah alone. These narrations and Ayaat are exhortations to believe and to do good deeds, and not to rely on one’s kinship, however noble, virtuous and honourable it may be. Thus, the one who indulges in bad deeds and delays (is negligent) in performing good deeds, any honour of his lineage will not benefit him in the Hereafter in raising of his rank and status…

“Do not look at yourself to being better than a red-skinned or dark-skinned person, unless you surpass them in taqwah.” [13]