sharesShare on FacebookShare on TwitterShare on WhatsApp
Parenting 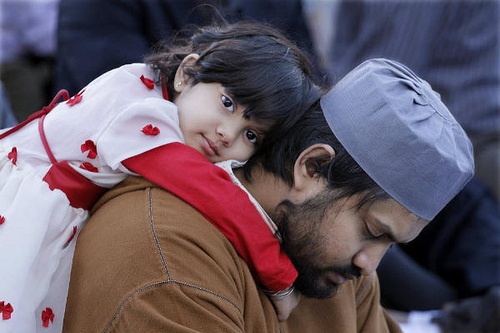 Meaning of Birr towards parents

The word Birr means here ‘dutiful and having good conduct’, as indicated by the Prophet’s statement:

Regarding parents and relatives, Birr pertains to the opposite of ‘Uquq, which pertains to disrespect and disregarding rights.

“Birr towards parents entails obeying their orders, except when what they order is in disobedience of Allah. In contrast, ‘Uquq entails neglecting parents and withholding one’s kindness from them.”

“Uquq against parents pertains to unfulfilling their needs and requirements that are within their rights, while Birr pertains to fulfilling these needs and requirements. Therefore, if the parents or one of them order their offspring to do something, it is necessary to obey their order as long as what they order does no contain disobedience (of Allah).”

“Abu Bakr said in his book, Zad-ul-Musafir, ‘Whoever made his parents angry and brought tears to them, is required to go back and make them laugh.’ This indicates that it is necessary to obey parents with regards to permissible things too. Therefore, whatever they command should be fulfilled and whatever they disallow should be avoided, if all this brings their benefit and does not harm their child, including ending travel plans and staying with them if they wished that.’”

“Are your parents alive?”

He replied in the affirmative. The Prophet (saw) said to him:

“Then exert yourself in their service.” (Sahih-Al-Bukhari)

“it is not permitted for a man to participate in Jihad without permission from his parents, when there are enough soldiers to resist the enemy. However, if there are not sufficient Muslim soldiers to repel enemy forces, then one has to join the Jihad without permission from his parents. In this case, Jihad becomes an obligation on all those able Muslim men, a Fard ‘Ayn, as compared to a Fard Kifayah, when at least a part of the Ummah is able to fulfill the obligation.”

Imam An-Nawawi said in his commrntary on the sahih collection by imam Muslim: Abu Muhammad bin Abdus-Salam said, ‘It is not allowed for a man to participate in Jihad without permission from his parents, it makes them anxious when they think that he might be killed or maimed, in addition to feeling utterly depressed because of this possibility.”’

“There are three Ayat that are tied to three things, and they are inseparable.”

He mentioned among them the Ayah:

“Whoever thanked Allah, but did not appreciate his parents, then (he thanking Allah) would to be accepted from him. This is why the Prophet said:

In several of his honorable Ahadith, the Prophet has commanded that the parents be obeyed. For instance, Abu Ad-Darda’ said, “The Messenger of Allah commanded me to do nine things:

‘Associate none with Allah in worship, even if you are maimed or burnt (i.e. tortured). Do not abandon the compulsory prayer by intention, for whoever abadons prayer by intention will have lost ties of Dimmah (that sanctify one’s blood and property). Do not drink alcohol, for it is the key to all evils. Obey your parents even if they command you to forfeit your property…’” (Al-bukhari)

Also, Muhammad bin Ali said: The worst children are those whose shortcomings lead them to ‘Uquq, while the worst parents are those who exaggerate in their Birr. Allah has warned parents against the trial that their offspring represent for them: Allah (swt) saiid,

There are two reasons why the Qur’an did not explicitly commend parents to be kind to their children: First: due to the mercy that Allah has installed in the heart of the Parents (towards their children).

Second: the offspring is but some of their parents, prompting the farmer to feel kindness and affection to the latter. Furthermore, it is a wonderful fact of life that all living creatures in existence, even beasts of prey, have some kind of parental affection towards their offsprings.

In Islam, parents earn rewards for their tiresome effort in striving hard to support and rear their offspring. Likewise, children earn rewards for helping, serving and bringing pleasure and comfort to their parents. Ka‘b bin ‘Ujrah narrated:

“A man passed by the prophet (saw), and the companions were amazed at his eagerness and vigor (seeking his means of livelihood). They said, ‘O Allah’s messenger! Might that his vitality be spend in Allah’s Cause.’ The Messenger! Of Allah replied:

“A women came to me with her two daughters to ask me for help, but I only had one date which I gave her. She took the date, divided it to two halves between her daughters, but she did not eat any part of it, then went out with them. When the Messenger of Allah(saw) came, I told him the story of this women and he said:

‘Whoever was tested with having daughters and treated them kindly, then he will be a shield for him (or her) from the fire.’” (Al-Bukhari and Muslim)

And with regards to their virtue of serving and being dutiful to parents, Ibn ‘Abbas said:

“Allah opens two doors (to paradise) for every Muslim who is dutiful to his (or her) two Muslim parents, awaiting the rewards with Allah Alone, and one door if he (or her) had one surviving parent to whom he or she is dutiful). Furthermore, if one makes one of his parents angry, then Allah will not be passed with him until his parents forgives him.” He was asked, Even if they were unjust to their child?” He said, “even they were unjust.’” (Al-Baihaqi)

How great and excellent Allah Favor and Mercy are! Allah opens a door in paradise that is connected to dutiful treatment of each parent. Whenever adult children go out of their homes to earn a living for their parents, Allah opens this door to its goodness for them and his mercy descends on them as long as they are pleasing their parents. If the child makes his parents or one of them angry, Allah becomes angry with him or her and closes the door to paradise. It is the same case even if one was treated unfairly by his parents, the children must always be subservient to their parents, and listen and obey them, and are taught to read quran online or learn arabic alphabet, at madrasa, home or mosque.

Another aspect of parental right is that Allah’s Commanded to be dutiful to them encompassed their orders and requests that please their children and those that do not please them as well, and their children are not to complain or argue about any request their parents make. This is a very important fact that most children ignore, thinking that being dutiful to parents in only in what suits them and satisfies their desires or opinion. In short, children are required to be kind and dutiful to parents even when they do not like what the parents demand from them, and this is a part of general meaning of the word Birr:

There are three elements that pertain to Birr:

First, the child should prefer the pleasure of his parents to his own pleasure.

Second, they should obey his or her parents in all what they order him or her to do or not to do, even when what they demand is not suitable in their children children’s opinions, unless they command to disobey Allah the Exalted.

Third, the child should willingly and with a good heart, grant his parents what he thinks they like or prefer even before they ask for it, all the while feeling and admitting their tremendous rights on him.

The Messenger of Allah said:

If Birr towards parents only brings their invoking Allah for their child, it will be sufficient and worthy of directing their children to eternal happiness, Allah willing. Furthermore, Allah stated that he shall accept the righteous works of those who are dutiful to their parents, when he said:

“They are those from whom We shall accept the best of their deeds and overlook their evil deeds.” (46:16)

Therefore, Allah combines granting His mercy and forgiveness of sins as rewards for Birr towards parents.