sharesShare on FacebookShare on TwitterShare on WhatsApp
3
Dua 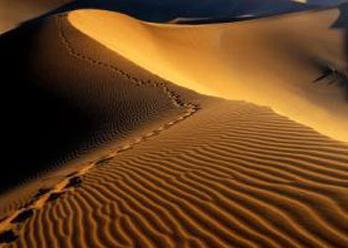 Sayyidina Khalid bin Walid (ra) had once laid siege to a strong fort in Syria. When the people inside the fort had grown exhausted of the siege, they sent their chief to Khalid bin Walid (ra) to negotiate peace. He carried a small phial in his hands which Khalid bin Walid (ra) observed and asked him about its contents. He said that there was a very strong poison inside the phial and he would consume it and commit suicide if the talks failed for he could not return to his people with the bad news. The foremost aim of all the Companions (ra) was to preach Islam and Khalid bin Walid found an ideal opportunity to further the objective. He asked the chief of the enemy, “Are you confident that you will die immediately you swallow the poison?” He replied, “I am sure of that. This poison is so strong that no one has so far described its taste because the moment anyone sips it, he dies. He does not live long enough after that to say how it tastes. So, I am very sure that I will die immediately after I put it on my tongue.”

Khalid bin Walid (ra) requested him to let him have the vial. Taking it into his hands he remarked, “Nothing in this world is efficacious unless Allah provides it with efficacy.” He took the name of Allah and made this-supplication:

“In the name of Allah with which nothing on earth or in the heaven can harm. And he is All hearing, All-knowing.”

And he said, “I swallow this poison and you observe whether I die or not.” The chieftain exclaimed, “You are tormenting yourself. The poison is so strong and rapid that if a little of it is placed on the tongue. The man will perish, while you intend to swallow all of it.” Sayyidina Khalid bin Walid said, “Insha Allah, nothing will happen to me. ” So saying he washed down his throat the contents of the vial and Allah revealed His Power. The chieftain observed the miracle of Allah’s Power and submitted himself before Allah, that is, he embraced Islam.

If Allaah forsakes you, none can help you! →

Ask Allah for everything, even the lace of a shoe! →

The Virtues of Istighfar – ‘Astaghfirullah’ (I seek forgiveness of Allah) →