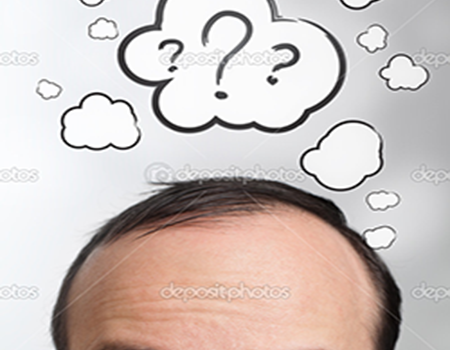 Having doubt and kufr (disbelief) thoughts, is it kufr or not?

I have always found this a fascinating subject. It is of course known that Yaqeen is a condition for Iman, you can’t be a Muslim if you don’t believe with certainty. But does this mean that it is kufr to be questioning or open minded?

I myself believe that it is not kufr to be open minded at all because it’s the natural state of the human being. When we are faced with information that may lead to doubt in the religion, the mind will process it, willingly or unwillingly. So even if your consciousness chooses to block the information, your subconscious mind refuses to. It will always be somewhere on the back of your mind until it’s properly addressed with reasoning.

Even if you believe in Allah and His religion, your mind needs to objectively confirm the truthfulness or falseness of this “kufr information /thoughts” for it to be at ease. Does this mean that you have doubted the religion of Allah? That you have disbelieved?

I don’t think so! I’ve done some research in the matter and came across evidence in the Quran and Sunnah that I believe favors my view.

And (remember) when Ibrāhim (Abraham) said, “My Lord! Show me how You give life to the dead.” He (Allāh) said: “Do you not believe?” He [Ibrāhim (Abraham)] said: “Yes (I believe), but to be stronger in Faith.” He said: “Take four birds, then cause them to incline towards you (then slaughter them, cut them into pieces), and then put a portion of them on every hill, and call them, they will come to you in haste. And know that Allāh is All-Mighty, All-Wise.” (Al-Baqarah 2:260)

From the above verse it’s clear that Ibrahim ‘alayhi salaam’s heart would not be totally at ease until he saw Allah giving life to the dead with his own eyes. Technically this a form of doubt otherwise his heart would already be at ease. Yet this can’t be classified as doubt because his faith was strong.

Another evidence is a story in Sahih Bukhari:

There was a man in the past whom Allah had given both wealth and children. The Prophet (Pbuh) said, “When the time of his death approached, he asked his children; What type of father have I been to you? They replied: You have been a good father. He said; but he (that is your father) has not stored any good deeds for the life hereafter to face Allah, and feared Allah’s punishment. Hence, he said “When I die, burn my body till it becomes mere coal and then grind it into powder and when stormy wind blows, throw my ashes in it. So he took a firm promise from his children to follow his instructions. And by Allah! They did accordingly (fulfilled their promise) Then Allah commanded, “Be and Behold” That man was standing there. Allah then said, “O my slave what made you to do all that”? The man said, “Your fear”, hearing this Allah forgave him.” (Bukhari : 2/959)

Allah forgave the man despite that he doubted that Allah could resurrect and punish him after his death.

Other evidence relates to waswaas.

Some of the Sahaabah complained about the waswaas that was bothering them. Some of the companions of the Messenger of Allaah (peace and blessings of Allaah be upon him) came to the Prophet (peace and blessings of Allaah be upon him) and said to him, ‘We find in ourselves thoughts that are too terrible to speak of.’ He said, ‘Are you really having such thoughts?’ They said, ‘Yes.’ He said, ‘That is a clear sign of faith.’” (Narrated by Muslim). (Narrated by Muslim, 132 from the hadeeth of Abu Hurayrah).

Al-Nawawi said in his commentary on this hadeeth: “The Prophet’s words, ‘That is a clear sign of faith’ means, the fact that think of this waswaas as something terrible is a clear sign of faith, for if you dare not utter it and you are so afraid of it and of speaking of it, let alone believing it, this is the sign of one who has achieved perfect faith and who is free of doubt.”

I think this is an important subject since we live in the west and are faced with kufr ideas on a daily basis. There is nothing wrong with investigating these issues if they bother you and cause you distress. This is not the doubt that is kufr. Rather it will only increase your Iman in the long run.

Thinking Good of Allah (The Most High) →