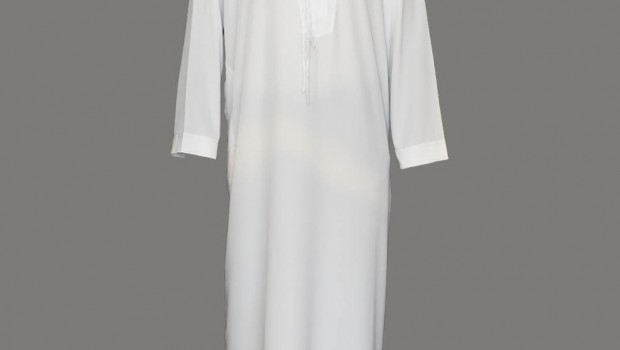 من ترك اللباس تواضعا لله وهو يقدر عليه دعاه الله يوم القيامة على رءوس الخلائق حتى يخيره من أي حلل الإيمان شاء يلبسها
“Whoever leaves wearing a garment out of humility (and modesty) for the sake of Allah, while he is able to do so, on the Day of Qiyamah, Allah will Call out to him in front of all the creation, and ask him to choose to wear from any of the clothing of Emaan.” [1]
Commenting on this hadeeth, al-Mubarakpoori said in his ‘Tuhfat al-Ahwadhi’ that:

“Whoever leaves wearing a garment” means any clothing that is expensive and of high value.
“out of humility for Allah” means it reflects his modesty and zuhd and discernment.
“Allah will Call out to him in front of all the creation” meaning Allah will make this call, public.
“from any of the clothing of emaan” meaning from any of the clothing from the people of emaan. And this is also found in the hadeeth where the Prophet صلى الله عليه وسلم is recorded to have said:

“Whoever leaves wearing a beautiful garment while he is able to do so, it was said out of regards for modesty, then Allah will decorate him with dignity.” [2]
This narration is similar to another hadeeth that indicates its opposite, in which ‘Abd Allah ibn ‘Umar رضي الله عنه narrated that the Prophet صلى الله عليه وسلم said:
من لبس ثوبَ شهرةٍ ألبسَه اللهُ يومَ القيامةِ ثوبًا مثلَه ثم تلهبُ فيه النارُ وفي لفظٍثوبَ مذلَّةٍ
“Whoever wears a garment of fame (and vanity), Allah will robe him in a garment like it on the Day of Resurrection (and in one version, “then set it ablaze”; and in another version, “will robe him in a garment of humiliation”) [3]
Commenting on this hadeeth, al-Adheembadi said in his ‘Awn al-Ma’bood’ that this ‘shuhrah’ (fame) is for reason to be want to made known among people for one’s clothing. This may be because the clothing has foul contrasting and divergent colours, or seen as opulent in people’s eyes, and they strutter in them out of arrogance. Therefore such boasting in in front of the people in dunya will be a cause for their humiliation on Yawmil Qiyamah. And is what is meant by the wording of (another) hadeeth [4]: من لبس ثوب شهرة في الدنيا ألبسه الله ثوب مذلة يوم القيامة

Thus these ahadeeth all indicate that it is not permissible to wear clothing of extravagance that vanity and give rise to arrogance and blameworthy pride. Furthermore, such clothing may be uncommon within the communities where one lives and so stands out from others; people may also feel self-conscious due to their own poverty.
And generally speaking, scholars derive a principle based on such ahadeeth showing that whatever a Muslim refrains himself from indulging in, Allah will give him whatever he forsook in the dunya.
May Allah increase our piety and taqwah and zuhd
References: