sharesShare on FacebookShare on TwitterShare on WhatsApp
Fitnah 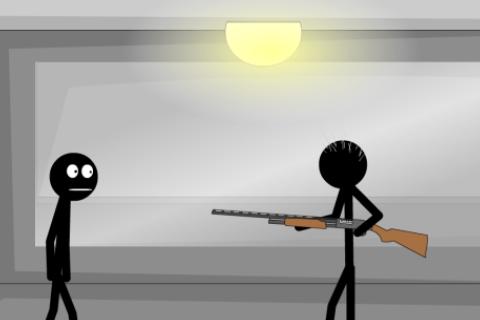 Does intentionally killing his brother expel him from Islam?

Allah سبحانه و تعالى mentioned in the Qur’an the following example of the word ‘Khulud’:

“And whoever kills a believer intentionally, his recompense is Hell to abide therein…” [An-Nisaa’, 93]

Commenting on this Ayah, scholars from Ahlus Sunnah agree by consensus that ‘al khulud’ in this verse is not the khulud that is ever-lasting or eternal, because people who commit major sins will eventually come out of Hellfire due to their tawheed” (see ‘Sharh al-Aqidah at-Tahawiyyah’, 1/383).

Some of those who are given to making takfeer of other Muslims use the Ayah (of An-Nisaa’, 93) as an argument against those who commit major sins

Variations of the word “khulud” (like khalideen, khalidoon) appear around 80 times in the Qur’an. In its asl, ‘khulud’ is said to mean something that is eternal or ever-lasting (see ‘Al-Munawwir’). Allah سبحانه و تعالى, from His Divine Wisdom chose this word to be part of Qur’an’s vocabulary, and scholars have explained that this word can have two following meanings:

i. Al Khulud al-Abadi – meaning an ever-lasting and infinite khulud.

Therefore ‘Al khulud’ in the (Arabic) language and its usage in the Qur’an can mean a period (or a break) over a longer time. So if someone is in a long period of reprieve is called ‘Khalid’. Thus naming a child Khalid raises a parents hope that he will have a long life in the world. It is not meaningful for khulud in this case to be eternal and without end.

What does this show in terms of the importance of having correct understanding of Islamic texts in light of the corrupted methodologies of those who use similar verses to purport their deviant views?

Unlike the methodology of others, some of whom arbitrarily throw the word ‘infidel’ upon fellow Muslims and legitimising their blood and causing endless carnage.

Some of those who are given to making takfeer of other Muslims use the above Ayah (of An-Nisaa’, 93) as an argument against those who commit major sins, and claim they are eternally condemned with disbelief and will be in Hell for eternity. Of course this understanding is wrong (see ‘Tayseer al-Kareem’, p. 198). ‘Abd Al-Rahman as-Sa’di continues (quoting Ibn al-Qayyim) that the texts and the consensus of the scholars have established that the Muslim who commits major sins is not going to abide eternally in the Hellfire.

This shows the importance of understanding Islamic texts in light of the vocabulary Allah chose to use in the Qur’an, and what scholars have explained about it. Furthermore, the existence of consensus on a particular matter would eliminate (thorny) disputes among Muslims. Therefore the salafi methodology is a holistic and comprehensive methodology in discussing issues and extracting rulings based on law. Unlike the methodology of others, some of whom arbitrarily throw the word ‘infidel’ upon fellow Muslims and legitimising their blood and causing endless carnage.

May Allah grant us the strength to remain firm upon guidance.

Related article: Sign of the Hour: The Two Camps – Muslims vs Khawarij