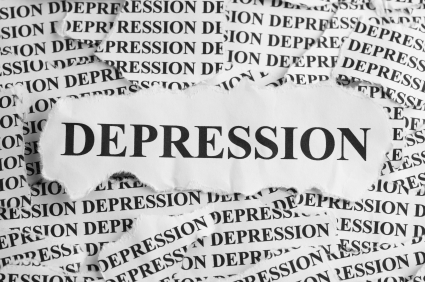 Depression – To your Rabb turn your hopes

After  hearing the sad news of Robin Williams death, it is imperative to know that “everybody has the potential to be afflicted by depression, even the most ‘pious’ Muslims within our communities. Those who state that it is impossible for a Muslim to be depressed, not only fail to understand what depression is, but their views are extremely harmful to people who go through this debilitating condition.” – Amar Alam

“So when you have finished (with whatever you are occupied with), devote yourself (to Allah’s Worship).”

The intimate and strong bond the Prophet صلىاللهعليهوسلم shared with Allah سبحانهوتعالى and his ever constant awareness of Him is not unknown. And here we find Allah is asking him صلىاللهعليهوسلم to devote himself completely to Allah in worship and turn all his attention and hopes to Him. These Ayaat were revealed in Makkah at a time when the Muslims were in dire situation and being persecuted.

فَارْغَب  comes from the root ‘ra’ ‘gha’ ‘ba’ and it denotes a desire (to return) or being inclined towards something, thus he صلىاللهعليهوسلم is being asked to focus his heart completely in turning towards Allah when in Salah. This state of being is not easy except when one’s heart is emptied of all other distractions – ‘fa’ ‘ra’ ‘gha’ on the other hand, means to empty something until nothing remains in it (e.g. a glass of water when turned upside-down until its content is emptied). This meaning is also found in Al-Qasas, 10 where Allah سبحانهوتعالى Said of Musa’s mother:

“And the heart of the mother of Musa became empty…”

The heart of Musa’s mother was filled with great pain, anxiety and stress after she cast him into the river. But Allah سبحانهوتعالى put her at ease and emptied her heart from all those distractions and worries and reassured her.  He Said in the same Ayah: “…She was very near to disclosing (that the child was her son), had We not strengthened her heart (with Faith), so that she might remain as one of the believers.”

Similarly Allah سبحانهوتعالى is telling us when we proceed to Him in our salah, we should make our hearts completely empty of all else of worldly concerns and distractions, and turn our intention and hope and desire to Him alone. These Ayaat subtly express a cause and effect: that nothing distracts a person except that its solution lies in the Hands of the One towards whom he is standing in front of in Salah. Therefore one’s focus should be on the source and the means that alleviates the cause of the distraction. It is also said there was a sorrow, anxiety and constant worry in the heart of the Prophet صلىاللهعليهوسلم, and it was his concern for the well-being of his Ummah and his desire for the guidance of mankind.

“Then perhaps you would kill yourself through grief over them, [O Muhammad], if they do not believe in this message, [and] out of sorrow.” [Al-Kahf, 6]

Thus Allah سبحانهوتعالى is reassuring him that he need not worry as He will see to it that his hopes are realised and desires contented. At-Tabari brings the following narration while commenting on Ayah 8:

“And to your Rabb O Muhammad bring (and make) your desire (and) not anyone else from his creation. It was these mushrikeen from your people who have made their desires and needs (by calling upon) their gods and peers.”

“Allah, the Glorified Said, “O son of Adam, empty (and free) yourself (from all distractions) for My worship, and I will fill your chest with riches (i.e. needlessness) and remove poverty from you; otherwise, I will preoccupy you with poverty (and need).”

And thus through this attentive heart and devotion directed at Him, Allah سبحانهوتعالى is assuring him صلىاللهعليهوسلم, that victory will indeed be for the believers and theirs will be the world’s riches. For us, these Commands form a blueprint for our own conduct in salah:

1. We should perform salah in such a manner that our hearts are totally emptied of worldly distractions, worries and stress and turned solely towards the One who is the remover of all our troubles.

2. While there is a large section of the Ummah that doesn’t even perform salah, there is also another section that simply has no desire to beautify their conduct and perfect their salah. Rather they bang their hands and heads on the ground and focus on freeing themselves from this obligation in record time! With no regards as to in front of Whom they are standing, Allahul Musta’an.

See also: Deficiency in Salah, and how to avoid it

“Seek after your lost soul, work with correct intention, and know that there has come a time so difficult a person will desire death. Peace be with you.” – Sufyan Ath-Thawri

And guidance and tawfeeq is from Allah alone.