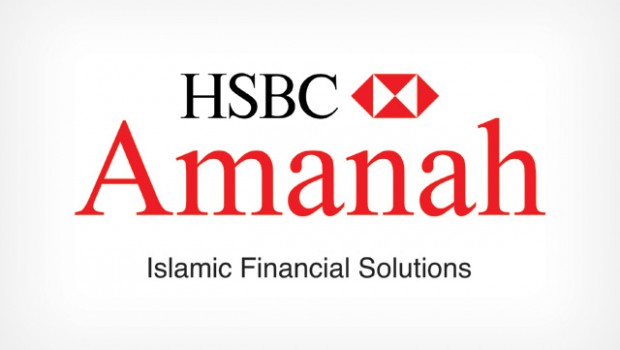 .
Riba is from the major sins in Islam and requires no introduction to its destructive effects upon individuals and societies. And in the above Ayah, Allah سبحانه و تعالى made it very clear that there is distinct difference between riba and trading – even while those whom shaytan has misguided – try and make them out to be similar.

In is recorded in Saheeh Muslim (89) on the authority of Abu Hurayrah رضي الله عنه that the Messenger of Allah صلى الله عليه وسلم severely warned against the seven destructive sins, and amongst them is أكل الربا (eating riba). Trading and indulging in riba is a practice that brings about huge destructive force upon communities, and has led countries into perpetual cycles of moral decay, poverty and bankruptcy; its far-reaching negative socio-economic impact can’t be fully enumerated. And it is among these reasons that Allah has cursed the one who consumes riba, the one who gives it to others, the one who records it and the one who witnesses it. The severity and ease with which one can fall into riba is such that Abdullah ibn Mas’ood رضي الله عنه is reported to have narrated that the Messenger of Allah صلى الله عليه وسلم said:

This example highlights the ease by which one can fall into riba, one can’t even imagine levels of greater severity! Allah سبحانه و تعالى also warned those who continue to indulge in riba to “take notice of war from Allah and His Messenger” – essentially removing any hope of salvation unless one repents and gives up of remaining riba. Muslim states and religious scholarship of the past were constantly aware of the threat posed by riba and were in fact, the first line of defence in weeding out and eradicating this evil scourge from their midst, lest the punishment and disgrace of Allah befall and weaken them. From such examples of collaboration in promoting virtue, and forbidding evil is an insightful incident of Imam Malik رحمه الله تعالى, showing how riba was feared, and how closely it was seen to be linked to daily trading…

To safeguard business people and ordinary people alike from the infestation of riba, Imam Malik رحمه الله تعالى made it a condition these same people be versed in Islamic rulings regarding trading and business transactions and learn its necessary points of fiqh. Thus showing the importance of having relevant knowledge before action, and studying before working; otherwise there is a genuine risk of falling into error and sin (without knowing of it nor desiring it). It is recorded in ‘Tanbiyatil Mughtareen’ of Abi al-Muwwahib Abd Al-Wahhab al-Ansari that:

كان الإمام مالك رحمه الله يأمرالأمراء فيجمعون التجار والسوقة ويعرضونهم عليه فإذا وجد أحدا منهم لايفقه أحكام المعاملات ولايعرف الحلال من الحرام أقامه من السوق وقال له
تعلم أحكام البيع والشراء ثم اجلس في السوق فإن من لم يكن فقيها أكل الربا شاء أو أبى
.
“Imam Malik رحمه الله instructed the governors (in Madinah) to gather its traders and common folk, and present them to him (so as to inspect and test them). If it was found none of them had fiqh (understanding and comprehension) of the ahkam of mu’amalaat [rulings of (business) transactions] and did not know the halal from the haram, he would ban them from (operating in) the market and tell them, “learn the rules of buying and selling, (only) then sit in the market to trade, for indeed whoever of you does not have such understanding will (very likely) consume riba willingly or otherwise.” [Quoted in ‘Min Akhlaqus-Salaf’ by Sh. Dr. Ahmad Fareed]

There are many benefits we can take from this episode, amongst them:

i. The role of relevant authorities, as well as bonafide scholarship to be proactive in identifying areas of public concern, and then effectively addressing them in fulfilling their religious obligations. They are charged with governing and overseeing affairs like health, education and transport for example, and trade and industry. These agencies have put in place rules and regulations that make for safe environments for people to operate in and extract benefits from, in a conducive way that complies with the aims of Shari’ah.

ii. Ignorance is not an excuse and neither is it sufficient to simply not want haram; so the cure for not knowing is to study and ask the people of knowledge. If you want to involve yourself in anything that is strictly governed by Islamic rules, then you must learn and understand beforehand.

iii. For the general masses not to get involved in discussing matters of mu’amalaat and sharing their unqualified opinions on what is considered permissible and impermissible. Rather, they must refer it back to those charged with authority to comprehend and conduct proper investigations [see An-Nisaa’, 83].

iv. The concept of introducing permits and trading under license of eligibility. This is to ensure regulatory approval for the person/s and company/ies in complying with the Shari’ah. Thus when particular requirements and conditions are not fulfilled for example, then the permit can be revoked in the interest of the trader himself and those whom he transacts with. A key objective for trade regulatory Muslim authorities is to preserve the health of the individual and state economy, not only in terms of monetary balances but also by measure of ethics and code that guides their commercial interests and policies. Therefore, by enforcing summary laws regarded permissible, it becomes obligatory upon Muslims to comply. Whether the order is in accordance with his/her wishes or not [see Al-Tuhfat al-Ahwadi, 5/298].

We must always take great care and concern in safeguarding each others’ rights and religious interests, as Allah سبحانه و تعالى Said:

Some may argue that the last century has brought with it, a very different set of challenges involving difficult and complex business systems and a global riba-based financial infrastructure that is inter-connected and inter-dependent. One whose processes are difficult to detect and almost impossible to detach oneself from at any level. Where even scholars have become bemused, offering a myriad of conflicting fatawa in explanation of, and remedying specific matters that are deeply rooted in society and have become ‘default’ ground realities. Ibn Katheer mentions in his tafseer (of Al-Baqarah, 275) that, “the subject of riba is a difficult subject for many scholars… because there are types of transactions where it’s not clear whether they involve riba or not.” He also brings a narration of ‘Umar ibn Al-Khattab رضي الله عنه who said how he “wished that the Messenger of Allah صلى الله عليه وسلم had made three matters clearer for us… (and among the three was) “some types of riba”.

What we essentially require is a collective and multi-thronged approach in dismantling the framework and myths associated with riba and also the wrong understanding of riba. It is our personal responsibility to learn about riba in all its forms, so to avoid falling into it. One of the tricks of shaytan is that he will make the forbidden look permissible, it is therefore better to avoid anything we are unsure of, until clear guidance is attained – so let us keep your duty to Allah and fear Him as much as we can. It is the responsibility of scholars to proactively understand the current complex financial climate when explaining matters related to riba – and to then offer solutions that are practical, relevant and specifically address rare cases encountered by Muslims. It is the responsibility of state authorities to untangle from the greater financial ambiguities and introduce policies that will help people make clear and conscious decisions when using banking and investment products for example. Last but not least, to regain the political will in combating broken systems that are built on riba and corruption, leading to injustice, greed and lack of opportunities for the lower economic spectrum of society.

And Allah’s Help is sought in rectifying the affairs of the ummah.

The Prophet Muhammad ﷺ Dua for us →

Put Your Trust in Allah →

4 Promises from ALLAH to You →

Never Give Up Hope →