sharesShare on FacebookShare on TwitterShare on WhatsApp
History 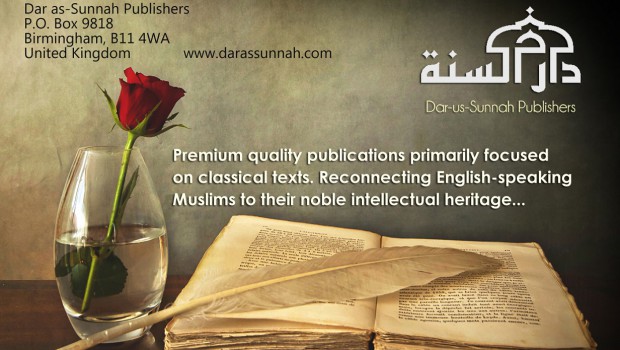 With the grace of Allah, the Most Exalted, Dar as-Sunnah Publishers was established in 1998 as a committed producer of high quality works focused on primarily translating classical texts from Islamic history. Some works of contemporary scholars have also been published, and their over-arching principle is to carry the message of the Qurían and the tradition of the Prophet Muhammad (peace and blessing of Allah be upon him).

Some of Dar as-Sunnah published works are centuries old key Islamic texts, with the aim of reconnecting English-speaking Muslims to their noble intellectual heritage – and thus enhancing their social, spiritual and educational needs. It also offers and

opportunity for the publishing house to contribute to the much-needed discourse on various Islamic sciences and disciplines in the modern world. It is hoped that the discerning reader will continue to benefit from Dar as-Sunnah’s valuable publications that are in print, and the many exciting new titles that are forthcoming in 2015 insha’Allah.

Who was the Real Jesus? →