sharesShare on FacebookShare on TwitterShare on WhatsApp
Hereafter 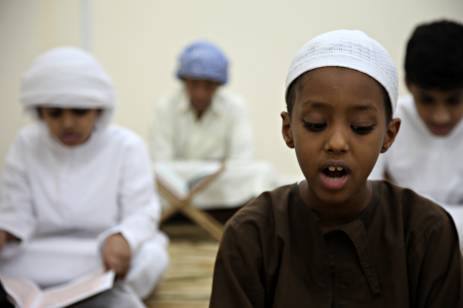 Be with the Quran in this life and the Quran will be with you in the Akhira!

In the name of Allah, The Most Gracious and The Most Merciful. In the ancient world, there were things that people marvelled at; among them some were chosen to be included as the ‘Seven Wonders of the World’. Recently, the United Nations have reclassified what marvels of the world should be included as ‘Wonders of the World’; they have included the magnificent and ornate buildings carved out of mountainsides in Petra, Jordan. These buildings are believed to be the dwelling places of the people of Salih (Peace be upeace be upon himpon him), who were destroyed by the ‘Shout’.

The Quran mentions this ‘Shout’ in several places and the Messenger of Allah, Muhammad (Peace be upon him), has given us further explanation about this terrifying sound. Indeed, the Quran is full of information that scientists, philosophers and poets marvel at; they neither knew about this from another source before nor can they express it in a more beautiful way. It could be said that The Quran is one of the ‘wonders of the world’ if not the most wonderful thing on Earth today.

The Quran is not only beautiful to recite and listen to, but if we make effort to understand and act upon the lessons that can be found within it, it is a guide to a successful life. More than this, the scholars have said that ‘if you be with the Quran in this life, the Quran will be with you in the next life.’ What does this mean?

How then, does someone ‘be with the Quran’? The ulema have said that you need to do six things

It has been said by scholars that if you do the above six things in this world, then on the Day of Judgement, the Quran will come in human form and testify, ‘Oh Allah, I forbade him from sleep in the dunya, so please accept my intercession for him today.’

It is very easy for us to learn arabic alphabet online, learn the rules of recitation and even the meaning and explanation. In the past people had to travel long distances to find qualified teachers; today we can, if we choose to make the effort and make it a priority, learn all these from the comfort of our own homes. After this, it is up to us to make time and effort to contemplate upon the meaning and act upon it. When it comes to teaching the Quran to others, there are many opportunities today to teach Quran online as well as in the traditional madrasas and mosques. May Allah give us all the ability to ‘be with the Quran’.