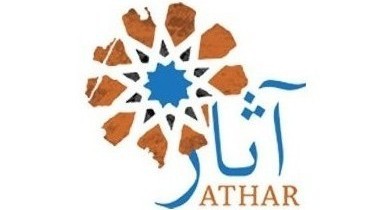 In another version, it has the following addition:

“If you are able that you should not even scratch your head except according to an Athar (i.e. Prophetic narration), then do so.”

This is not from an exaggerated speech, rather it is from the affairs of seekers of knowledge and the condition of the Ahlus-Sunnah in that they are distinguished in their general affairs – and stand out from the ways of the common people – by the fact that they apply the narrations of the Messenger of Allaah صلى الله عليه وسلم as far as they are able; and implementing the matters of Sunan upon themselves because Allaah سبحانه و تعالى Said:

“Indeed in Allaah’s Messenger you have an excellent and fine example to follow for the one who hopes in (meeting with) Allaah and the Last Day and remembers Allaah much.”

2. The comprehensive quality that guarantees the goodness of this world and Hereafter is the love of Allaah, the Most High and the love of His Messenger صلى الله عليه وسلم and realising them through a deliberate and genuine following – and pursuing the path taken by the righteous predecessors and those who follow them on the same methodology and principled approach.

“If you truly love Allaah then follow me, Allaah will love you and forgive you of your sins and Allaah is Oft-Forgiving, Most Merciful.”

It is thus only through the guidance of the Prophet صلى الله عليه وسلم that Allaah’s Pleasure can be achieved. And how true are the words of the poet who said:

“Whoever is not trained and watered by the Messenger and given fine milk to drink by him, then he is a lost child deprived of his lineage and he will not get beyond the behaviour of his own people.”

4. Imam Bukhari recorded in his saheeh under the chapter “Emulating the Actions of the Prophet صلّى الله عليه وسلّم upon the authority of Ibn Umar رضي الله عنه who said:

“The Prophet (صلّى الله عليه وسلّم) wore a gold ring and then the people followed him (in this act) and wore gold rings too; (upon seeing this), the Prophet said: ‘I had this golden ring made for myself’. He then threw it away and said: ‘I shall never put it on (again).’ Thereupon the people also threw their rings away.”

5. The early Muslims were very eager and diligent upon implementing the ahadeeth that reached them from Messenger صلى الله عليه وسلم, even if there did not appear any directive towards worship in them. This was only done because of their sheer love and their attempt to follow al-Mustafaaصلى الله عليه وسلم as Allaah سبحانه و تعالى has commanded in His Book.

“There was no hadeeth from the Messenger of Allaah صلى الله عليه وسلم ever conveyed to me except that I acted upon it, even if it was just once.”

“I never wrote down a hadeeth except that I acted upon it; such that when it reached me that the Prophet صلى الله عليه وسلم was cupped and gave Abu Tayyibah a dinar. So I gave the cupper a dinar when he cupped me.”

Imam Ahmad’s strict observance even of the finer details of the life of the Prophet صلى الله عليه وسلم was profound. Despite the fact he was qualified to teach and issue fatwas at an early age, he would refuse any official position in respect to teaching until he reached the age of forty. When it was enquired why he waited this long, Imam Ahmad replied it was due to the Prophet صلى الله عليه وسلم receiving Prophethood at the age of forty, so how could he teach before this age!