sharesShare on FacebookShare on TwitterShare on WhatsApp
4
Stories 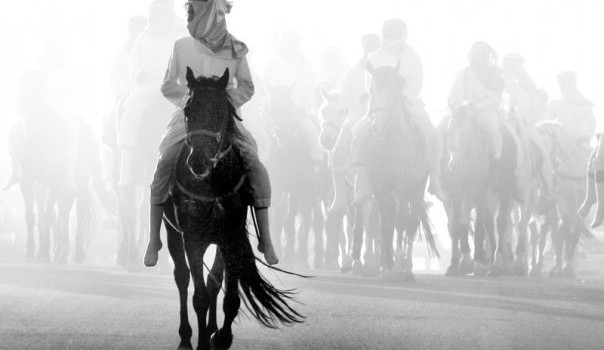 Abdullah bin Hudhaifa (RA) was a Sahabi (Companion of Prophet Muhammad [SAW]). Once he took part in Jihad and was captured as a prisoner of war by the Roman King. The Roman King demanded to know if there were any sahabis among the prisoners of war. There was only one and that was Abdullah bin Hudhaifa. He was brought to the King.

The king wanted to turn the Sahabi away from Islam in particular so that he could proudly say that even the companions of Prophet Muhammad (SAW) are not steadfast in their faith. He offered him what every materialistic person would love to have; he offered him half of his kingdom and his daughter’s hand in marriage if and only if he would leave Islam. Let us put ourselves in Abdullah bin Hudhaifa’s shoes for a while. On one hand, he was a prisoner of war; he had no idea how would the Romans deal with him. On the other hand, the king’s daughter would be married to him and he would get half of the king’s kingdom. Not many would choose what Abdullah (RA) chose; he chose his faith Islam and Allah! Subhan Allah!

When the king did not succeed in turning him away from Islam, he tried another plan. He ordered a large cauldron to be brought, filled with oil and heated till it was boiling. Abdullah bin Hudhaifa (RA) was made to witness while another Muslim prisoner of war was thrown into the boiling oil. May Allah have Mercy on all of us, Ameen! The prisoner’s body was simply fried in that boiling oil. Abdullah bin Hudhaifa (RA) said he could see his white bones poking out of his flesh within a few minutes. The king asked him again if he was willing to leave Islam or otherwise he would meet the same fate.

Abdullah bin Hudhaifa (RA) said he would never leave Islam and if the king wished to throw him in the boiling oil, he could do whatever he was pleased with. So the king ordered his men to throw Abdullah in the cauldron of boiling oil. Just when he was above the cauldron, the king saw tears on his face. He at once stopped his men as he thought that Abdullah had changed his mind. When Abdullah was brought in front of him again, the king asked happily if he had given up Islam. The answer of Abdullah bin Hudhaifa (RA) to the king is fit to be written as golden words for it shows the strength of character and Imaan that have grown so scarce in today’s world.

He said: ”By Allah, I was not crying because I was afraid of dying. No, I cried because I have only one soul, one life to give to Allah. I would have loved if I had 100 lives and I sacrificed all of those for Allah.”

The king was astonished beyond words. Abdullah’s faith impressed him so much that he said to him that he would release Abdullah and all other Muslim prisoners of war if only Abdullah kissed his forehead. Abdullah bin Hudhaifa (RA) thought for a moment. His little act could save so many lives, and since there was nothing wrong, no shirk associated with it, he kissed the forehead of the Roman king.

The king released Abdullah and all other Muslim prisoners of war as promised. When they finally reached Medina, he narrated the whole story to Umar bin Khattab (RA). Umar (RA) said ‘It is the duty for every Muslim to kiss the head of this man, Abdullah Ibn Hudhafah and I will be the first to do so.’ Having said that, Umar (RA) stood up and kissed Abdullah on his head for being steadfast in his faith.

May Allah Subhanahu wa Ta’ala help us achieve strength of character and faith and May He increase our Imaan. Ameen.