sharesShare on FacebookShare on TwitterShare on WhatsApp
Abu Rumaisa 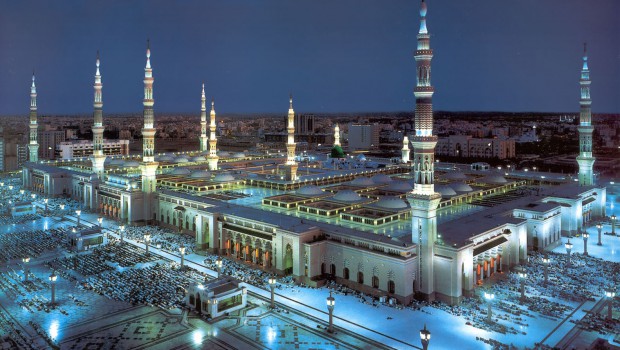 An American sister of Moroccan origin migrated to Madina 5 years ago along with her 5 children and Investor husband. The family were travelling out to Jeddah. Unfortunately they were involved in an fatal accident. Her husband died instantly and the sister broke her neck and lower back. Her kids also sustained injuries though not live threatening.

Her husband (May Allah have mercy on him) was buried in al baqi (Madina al Munawarra), his children along with thousand hujjaj prayed over him.

She lost her husband, she broke her back, her house was burgled, she faced deportation but yet her trust in Allah along with her patience gave her the result she wanted.

The sister due to her injuries needed medical attention and spent along time in hospital. Meanwhile her husbands ex workers decided to burgle the house and take everything possible, as if the sister wasn’t going through enough already?

As time went by her money started to run out and had no choice but to live off handouts. Alhamdulliah a few brothers got together and managed to pay her rent, food, bills etc

Things started to become easier but she still had a problem staying in Madina as she could no longer stay in Saudi Arabia (due to her residential status without a husband) and had to make arrangements quickly or leave.

The sister was known for her piety and started to receive a lot of offers for her hand in marriage back in states but she refused as she didn’t want to leave Madina.

My friend Abdullah registered himself at a local orphan widow group here in Madina. He met the sister and asked for her hand in marriage and she accepted. Now because he’s Saudi she can now live in Madina without any hassle.

I want everyone to wipe away the tears and really reflect on this story. She lost her husband, she broke her back, her house was burgled, she faced deportation but yet her trust in Allah along with her patience gave her the result she wanted.

Subhanallah, Allah knew she loved Madina and so Allah kept her here.

The next time you wake up and things are not going your way, or the wife puts a bit of extra salt in your food or the kids are making too much noise, remember her story.