sharesShare on FacebookShare on TwitterShare on WhatsApp
2
Dawah 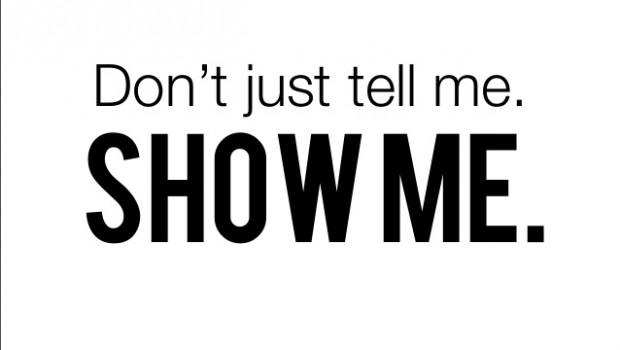 Dawah is obligatory on every muslim, we are obliged to call people towards the good and forbid what is evil. Those who hold Islam to be correct, should surely call to it, and invite others to share in the truth. Enjoining what is good and forbidding what is evil is an important mission, hence those who undertake this mission must be of good character and must understand the objectives of shariah; they must call people with wisdom and fair preaching and deal with them in a kind and gentle manner.

“Actions speak louder than words,” a strong saying indeed! Throughout history there are countless examples of empty words and inaction, which have lead to the masses losing trust in the leader or speaker. Such situations can only escalate, as people lose hope in that individual, and refuse to trust them anymore. When one embarks on a Da’wah mission, not only must they convey the truth, but they should also pair their message with correct action.

“Look at Islam and not the Muslims,” is yet another coined phrase. Though Muslims are supposed to be an embodiment of Islam and its principles, sadly this phrase has become an all too common sight. Our Prophet peace and blessing be upon him, won the hearts of people through his exceptional standard of character, to the extent that his enemies could not speak about him in regard to it!

Muslims need to be exemplary so that non-Muslims begin to judge Islam by the people who adhere to it, as the media has already engraved a very negative and hostile image of Islam, especially for those who have little contact with Muslims. People are thirsty, thirsty for the truth, and as the saying explains, your actions often leave a bigger impact and more lasting effect in people’s minds. You will be judged as a Muslim, and some may receive guidance from the way you talk, walk, deal with others overall how you carry yourself.  Plant a seed of interest and curiosity in the person’s heart by your excellent character, and the person will be inquisitive to find out more.

The Prophet was sent as an example for us to follow.  When asked about the Prophet’s manners, Aishah, the Mother of the believers said: “He was a walking Qur’an”.

He (peace and blessing be upon him) applied the Qu’ran in his life so much so that it was as though he was the Qur’an! A muslim, who truly believes that the Qur’an was the final guidance, should adhere to its guidance! Allah says in the Qur’an,

When we say we believe in the Quran then we must adhere to its every word and letter.

Let us now try to focus on some points that will help us to be a positive impact while giving dawah and also be a better Muslim:

i) Gentleness goes a long way:

Be gentle in your approach and your speech. Effective da’wah is done in a gentle and loving manner. Everyone loves to be addressed in a gentle tone. A simple smile is a curve that sets everything straight. Smile at those around you, as it is an act of charity, the Prophet was always seen smiling; it is amazing how a smile can brighten a person’s day up.

Quick tip to remember: First Impression is a lasting impression.

Decent dressing makes a good impression on the mad’oo. Dressing appropriately, neatly and with clean clothes will alter other’s perspective of you. People are more accepting of one whose clothes are tidy and who has well-kept outlook. Wearing clothes that are within the limits of Islam will also show dedication and devotion to your faith.

iii) Empathise with the Mad’oo:

One needs to first understand where the madoo is coming from, what is his level of understanding and knowledge, his background etc. This will provide insight as to how best to introduce Islam, and what aspects of Islam will touch a senstive chord with the mad’oo.

One should try to open the conversation with friendliness, perhaps by touching up on similar interests and activities. By doing so, the madoo will find you an interesting person and not think of you as muslim and a potential threat.

Imam Ibn Qayyim said in his Fawa’id: “The smart one calls the people to Allah from their dunya, and this makes it easier for them to respond to him. The zahid (ascetic) calls them to Allah by way of abandoning the dunya, and this makes it hard for them to respond, since it is very hard to pull someone away from the breast that he has developed his mind while suckling on…”

Allah says in the Qur’an: “Serve Allah and join not any partners with Him: Show kindness unto parents, and unto near kindred, and orphans, and the needy, and to the neighbour who is of kin (unto you) and the neighbour who is not of kin and the fellow traveller and what your right hands possess: for Allah loves not the arrogant the vainglorious.”  [Surah An-Nisa,04:36]

Our neighbours are the first rightful owners of our da’wah. One should be kind to them, help them in every way and keep good contact with them. Taking time to visit them, saying hello to each other in the morning, all will do wonders.

The neighbour has so many rights upon us, and are so special that the sahaba thought that they could be ordered to make their neighbours inheritors of their property, due to their numerous rights.

v) Help those with greater needs than yourself.

It is considered a cliché to hold doors for others, but it never fails to attract appreciation. Giving up a seat for the elderly or the pregnant or those with little children may come as a natural response to some; Muslims however should always be the first to use initiatives that brings comfort to others. Aid anyone who may need assistance, help them as best as you can, give them the right of way and show patience instead of irritation. Whatever ensures the comfort of people should always be preferable to the Muslims. Turn every situation into an opportunity for da’wah.

vi) Do not over-exert yourself

Enthusiasm is good, however we must always remembers the Prophetic advice that the best form of charity is that which is done regularly. Da’wah is also a form of charity, where the Muslim spends time and makes effort for the benefit of others. Do not over-exert yourself and take time-out when you need it. Make sure you always spend time to learn and grow with Islamic knowledge. Take enough time to refresh and revitalise the senses as is needed. Take a break to boost your iman and personal growth every now and then.

The Qur’an and the Sunnah are the ‘blueprints’ of Islam; when Muslims start to follow them, they will become positive examples to those around them. Whether we like it or not, people will judge Islam by what they see, if people see hypocrisy, internal fighting, cheating, continuous brash debating etc. they will likely dismiss Islam out of hand. They will equate such behaviour with Islam and won’t understand that Muslims, who are humans after all, may not always be “Islamic”. The fundamental principle of ‘practicing what you preach’ must always be at the forefront of our minds.

The most important task for the daa’ee is that he must have a righteous lifestyle, he must be righteous in his actions and possess a righteous character so that he can be emulated in his words and actions.

As for the successful believers they call to the truth, act upon it, eagerly seek it, and hasten towards it. They also keep away from those things that they themselves forbid. We must remember that a bad word travels faster, much more than a good word.

So Don’t tell the People, show them…..

What a Great Religion this (Islam) Is! →