sharesShare on FacebookShare on TwitterShare on WhatsApp
11
Dawah 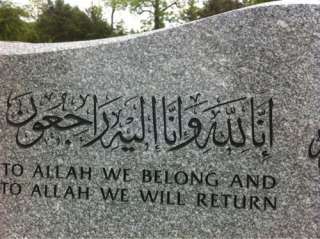 A True Story of a Muslim Girl in Australia

This a true story that happened with a caller to Islam from Egypt called Amr Khalid, he said three days ago I received an email form a young lady from Australia, and the email reads as follows:

“I am a young Lebanese lady that has a Muslim father and a Christian mother, for the first ten years of my life I lived Lebanon then we migrated to Australia which brought an end to my relationship to my connection with the Middle East. I am currently 22 years of age and after migrating to Australia, my association with my religion also ended completely, the only thing I know is that I am a Muslimah,

I don’t know what the Quran looks like, I don’t know how to pray and the religion plays no significance in my life. My mother and father separated each one re marrying another person. My mother and father left Australia living me behind alone with no family, no brothers and sisters; I know nothing about my ancestry in Lebanon. I lived alone and I had to work to spend on myself. I attended university in the morning and worked at the bar in the evening. I have a boyfriend and have not left out any haram except having done it without any shame. I am fully westernized, I know little bit of Arabic and because I am extremely beautiful, I joined the beauty competition in New Zealand and won in this competition. I am planning to join a beer competition in New Zealand and I am currently modeling for magazines.

During this time I used to visit a Lebanese family residing in Australia and I saw a Ramadan episode on television talking about modesty, the episode had its web addressed displayed. I went through a nervous breakdown; it was as though this episode was addressing me directly. I am sending you this email to ask, is it possible for Allah to accept me, in other words forgive me?”

And this is where Sarah’s email ends.

No matter how long a persons imaan is, the soul of a person longs for its creator just as the stomach hungers for food so too does the soul long for Allah, this caller to Islam wrote back advising her about the conditions of repentance and that Allah will of course forgive her if she repents.

Two days later she contacts Amr Khalid and she says: “I have repented to Allah and I have left my boyfriend and promised never to see him again.”

A week goes by and he doesn’t hear from her until she contacts him and informs him that she has retracted her beauty title of that particular city. Then came the surprise, She contacted him saying, “I have put on the hijab”, However the story doesn’t end here, two days after putting on the hijab she experiences a sharp pain so she goes to the doctor who diagnosis her with brain cancer and that her days are limited…. She enters the hospital to be operated on, the success rate of this operation as informed by the doctors in Australia is 20 percent, and this is what the doctor said.

As for Sarah, listen to what she had to say,

“I am pleased to meet Allah, I am happy that I repented prior to finding out about my illness. I don’t know whether my mother and father will know about my situation, If I live, I will support your website for this website is my window to Islam. “

To Allah we belong, and to him is our return. May Allah have mercy on Sarah, who died at the age of 22. They buried her with the Muslims in New Zealand. Prior to her death, she sent a short letter to Amr Khalid saying:

“I lived for away from my lord for 22 years but I repented and turned back to Allah 2 weeks ago, I don’t know many Muslims besides you and this internet forum. I urge you to make Dua for me that Allah has mercy on me to forgive me. Make Dua to Allah to guide my mother for she does not know anything about me.”