sharesShare on FacebookShare on TwitterShare on WhatsApp
12
Adab 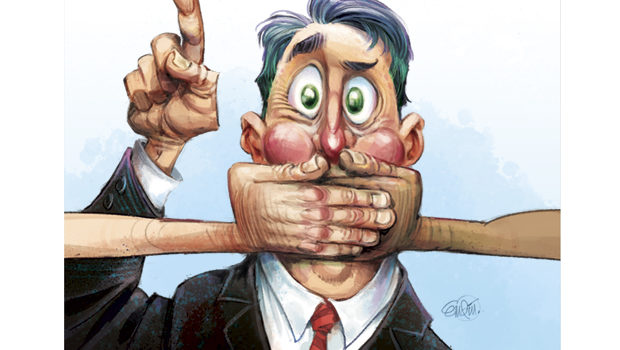 9 things we need to imprison our tongues from…

“There is no part of the body, except that it complains to Allah about the intense (harm) of the tongue.”

[Graded as saheeh by Al-Albani in his ‘Saheeh at-Targheeb’, 2/71 and said it was authentic upon the condition of al-Bukhari]

The heart is but a piece of one’s body that also complains about a corrupted tongue. The Messenger of Allah صلى الله عليه وسلم said, “No servants of Allah’s  belief will be correct until his heart is corrected, and his heart will never be corrected until his tongue is.”

And in the famous hadeeth found in Tirmidhi, when Mu’adh ibn Jabal رضي الله عنه asked: “Are we even going to be held accountable for what we say?” The Messenger of Allah صلى الله عليه وسلم replied, “…Is there anything that drags people into the Fire on their faces other than what their tongues have wrought?” And the Companions knew better than anyone else about the dangers of a loose and unmindful tongue. In golden words of wisdom, Abdullah ibn Mas’ood رضي الله عنه said:

“By Allah besides whom there is no other ‘ilah, there is nothing on earth more in need to be imprisoned than one’s tongue.”

When something is imprisoned, it is ensured that it can’t be allowed any freedom to cause harm and wreak havoc upon others. And from amongst the additional things we need to imprison our tongues from are the following…

To imprison the tongue from:

1. Not keeping it moist from the dhikr of Allah. Too much speech without mentioning Allah, makes the heart hard.

3. Unlimited speech that goes beyond what is necessarily required to achieve a goal or objective. That he does not speak except to benefit himself or others.

4. Idle speech. Whoever believes in Allah and the Last Day, let him say something good or remain silent. Not weighing our words before uttering them. Are the words appropriate or will their usage lead to confusion?
5. Overstating and overpraising. Because excessive praise is an adulation that leads to unjust and waste. Persistence in complimenting easily leads to slander and exaggeration.

7. Making promises or granting trusts that one can not keep or honour. Reneging on promises reflects insincerity in keeping them.

9. Exhibiting arrogance in one’s words, even if one does not intend it. Being mindful and empathetic towards the other party. A person from whose hand and tongue, other Muslims are safe, his Islam is the best.

And of course many, many more. The idea should be to gradually train and tune our tongues and be ever-mindful of its destructive consequences before deciding to use it to speak.

And with Allah we seek succour for our shortcomings.