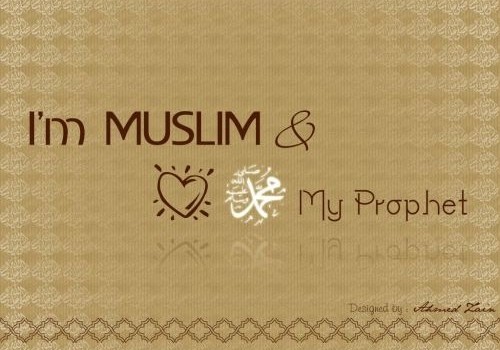 …It Will Be Better for You

Sending salawat upon the Prophet صلى الله عليه وسلم is from the greater deeds of ibadah; and performing it abundantly is amongst the reasons to attain goodness and invite blessings to one’s own self, and a defence against evil and calamities. The above hadeeth reflects the great care and attention the Companions paid towards it and showed keenness and responsibility for it. The hadeeth indicates a necessity for us to praise the Prophet صلى الله عليه وسلم by invoking Allah to send peace and blessings upon him.

Shaykhil-Islam, Ibn Taymiyyah (may Allah’s Mercy be upon him) said, “…and the questioner asked, ‘how much salaat should I send upon you?’ meaning ‘from my du’a, so this ‘salaat’ from the point of language is du’a. As Allah the Most High Said, “…and invoke Allah for them. Verily! Your invocations are a source of security for them.” [At-Tawbah, 103]

The meaning of such a request from the questioner is that, “O Messenger of Allah, make a du’a by which goodness is granted (to us), and evil is warded off. Thus (the implication of the original question by ‘Ubayy ibn Ka’ab), ‘how much of my du’a is due for you?” He صلى الله عليه وسلم replied, “’However much you want’, until the Companion concluded, “I’ll make all of my du’a as salaat upon you”. To which the Prophet صلى الله عليه وسلم said, “If you do that, you will be sufficed from your concerns (of dunya and akhirah), and you will be forgiven for your sins”.

And in another narration we find it (with the ending) as: إذًا يكفيك اللهُ ما أهمَّك من أمرِ دنياك وآخرتِك – “Therefore Allah suffices whatever of your concerns from the matters of dunya and akhirah.” [4]

This is the main purpose (of du’a) by which man seeks to achieve goodness for himself and push away from himself, all types of harms. Indeed du’a has an impact in fulfilling needs and removing fears; this is an explanation of that position.” [end of quote]

The hadeeth doesn’t mean (and Allah knows best) that people leave making du’a for themselves and the believers, but it refers to sending plentiful salaat upon the Prophet صلى الله عليه وسلم and proclaiming its virtues, and understanding the favours gained through it. Muslims must strive in obedience to him صلى الله عليه وسلم, and increase in their making du’a as it is from the most beloved deed to Allah; and to increase seeking mercy for themselves and all believing men and women. Such is (also) the resulting benefit of sending salaat upon the Prophet صلى الله عليه وسلم that has been explained clearly in the texts.

The first position is supported, and is intended to dignify the question by seeking to make all of his du’a in a particular way by including the Prophet صلى الله عليه وسلم in it, as occurs in some narrations (e.g. the wording of ‘salawat Ibraheemiyyah’). Mullah Ali Al-Qari said in his ‘Mirqatil Mafatih’ that, “…narrations from similar hadeeth are many, and from a narration is, ‘In my prayers in the night, I send abundant salaat upon you, so from this how much of my du’a is due for you’ – this refers to “in lieu of my supplication at night.”

The saying of ‘Ubayy: “so how much (from my dua) should I send salaat upon you?” indicates the meaning, “from the du’a that I make for myself”. And Al-Mundhiri said in his Targheeb that it means to, “make du’a abundantly”. About the part, “how much (from my du’a) should I send salaat upon you? His صلى الله عليه وسلم reply, “However much you want” means to determine an amount of your own estimation”. The Companion’s saying, “I’ll make all of my salaat upon you (in my dua)” means that, “I will invoke salawat upon you with all the du’a I make for myself”.

In ‘Tuhfat Al-Ahwadhi’, it mentions there are many renderings of the original hadeeth in discussion. Some of which contain the phrase, “Verily I pray (i.e. make du’a) at night” is interchanged for, “many (of my du’a) are made for you.” Therefore, the saying, “so how much (from my du’a) should I send salaat upon you?” is changed to “my prayer (i.e. du’a) at night (time).” The Shari’ah has specified the times and places where some of the du’a and adhkar are supposed to be made; therefore it is preferable to dedicate time during the night to send abundant salawat upon the Prophet صلى الله عليه وسلم – and leaving or missing out on this opportunity is akin to forfeiting a huge amount of good – thus we should become accustomed to performing it and encouraging others to do likewise.

Sending salawat upon the Prophet صلى الله عليه وسلم is an inherent form of ibadah and integral to a Muslim’s life. It is a means towards success and a way of being granted our wishes and being kept away from harm. Ibn Al-Qayyim wrote a unique and a valuable lengthy work entitled ‘Jala’ al-Afham fi Salatu wasalam ‘ala Khayril-Anam’ dedicated to to the topic on the merits of salawat upon the Prophet صلى الله عليه وسلم, times when salawat is beneficial and what exactly are the benefits achieved through them etc. He also included insightful statements of our righteous predecessors whom used to frequently enact the salawat and be persistent in it.

And in summary, every Muslim yearns to increase in his perpetual love towards the Prophet صلى الله عليه وسلم, and indeed to draw near to him with his speech and action – hoping for his companionship in the Hereafter. Such was also the desire of the Companions, and it is earnestly reported from Abu ‘Umamah رضي الله عنه that the Messenger of Allah صلى الله عليه وسلم said the following words of comfort:

“…and whoever sends abundant salat upon me, will draw closer to me.” [5]