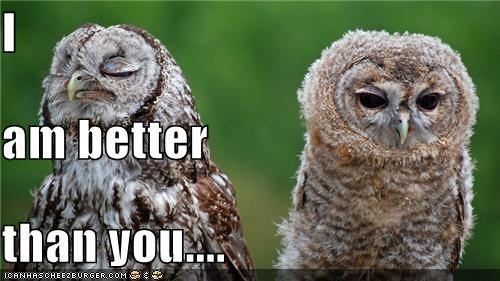 Give People the Credit They Are Due

There are families in Peshawar who cannot find enough Clorox bleach in the marketplaces, so, they send off to Islamabad to purchase this bleach, so that they can use it to clean their clothing and the clothing of their families. So, you are also in need of searching for bleach; you are in need of success in finding that which will clean your heart and purify your insides. If you are part of a particular Islamic group, then beware of assuming that all of the truth rests with that group, and that all falsehood rests with everyone else, as some of the earlier zealous people said: “All of our statements are correct, with a possibility of a mistake, while all the statements of others are mistaken, with a possibility of being correct.” This is the destructive type of allegiance! How many groups have been torn apart, and how many people who were close to each other became divided because of such a mindset?!

Pay attention to your heart, beware of raising yourself above others, and beware of belittling others. How many of these people have given for the sake of this Religion – but have kept it secret between them and the Lord of the Worlds – from he whose statement is belittled and his appearance mocked, and he might even have given more for this Religion than an Earthful of people like you ever would? So, pay attention to yourself, and may Allah have Mercy on a man who knows his limits and stays inside those limits. The virtuous people are those who acknowledge the virtue of the people of virtue, especially the scholars, and especially those who are old in age, and especially the parents…

So, my brother, it is enough for your good deeds to be annulled that you look to your actions as if they are great, as Allah Said:

Just because you are part of a particular group doesn’t mean that you are better than the people. Just because you read a particular book doesn’t mean that you are better than the people. There is some good with the Ikhwan, and there is some good with the Tabligh, and there is some good with the Salafiyyah; every one of them has a portion of the good, so, try – if you are able – to collect all of the good from these groups. They used to study from a large group of the scholars, so, his Hadith instructor is different from his Tafsir instructor , and his instructor in spiritual nurturing is different from his Arabic language instructor. Take from the Tabligh their manners…and imagine if we were to follow their path in respecting the people, and their manners with the scholars… The Tabligh have very good speech, as they convey what they say and work magic on the hearts with their manners, and cause any envy one might have against them to vanish. Take from the Ikhwan their historical movements and revolutionary ideas, and take from the Salafiyyah their beliefs. Collect within yourself all that is good, become a student, and do not restrict the truth to your own shaykh…Take from this person, and take from that person; respect the people, and give them the credit they are due, and put them in their proper categories…”