sharesShare on FacebookShare on TwitterShare on WhatsApp
Prayer 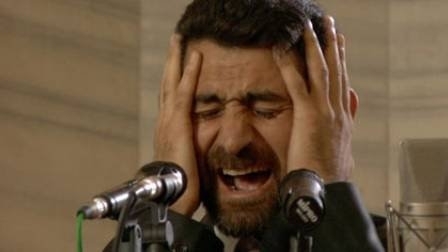 Emotional Story of a Muezzin

This story happened to a young man in his 20’s. Not long ago…

He is a muezzin (a recitor of call to prayer) of the Masjid and is a Quran Hafidh, he is known for his good manners and character. The night was a Thursday night, and he went out in the morning to visit his grandparents in a village near his town, and he is from the people of Jeddah (Saudi).

He went out with a group of his friends. In the village where are grandparents reside. They went out for the purpose of giving out dates to the poor families and to aid & assist them and call the people to distribute cassettes and books there. When their task was over. His friends left and he stayed with his grandparents. When it was time to sleep. He wanted to sleep in the living room, so his grandfather told him to go in the back room and sleep there, that way the kids won’t disturb him, and that he will wake him up for the Fajr prayer. He went to that room, laid down his mattress, recited the bedtime Dhikr and slept.

There was a young beautiful maid living in his grandfather’s house, so when it past 2 a.m. the young man says:

“I felt the room door opening and closing a few times but I didn’t pay attention to it. I thought that I was in a dream and was not fully awake. Then suddenly, without any advance someone came lying down next to me hugging and began directing me kisses…”

Then what happened? Imagine yourself in the position and this test…

In this position and great test & trial… No one sees you or hears you except the One Who hears and sees (all things (Allah)). So are you going to make Him the smallest spectators towards you?

Listen. May Allah preserve you!

So our friend got up from his bed and pushed her with force, and slapped her a slap on the face. Then he wore his garment, and went out to the Masjid afraid, and he sat crying till Athan al-fajr (morning prayer).

Praise be to Allah….

He is crying while a lot of others laugh and are happy for chances like these. They will laugh! But by my Lord, they will cry a lot, and they will regret. So when morning time came this young man told his uncle about what had happened and less than a week the maid was deported. The one who narrated this story to me says:

“Then I noticed the illness of my friend. After this incident from the ferocity of the situation and from his great fear of Allah. I asked him questions and surrounded him with questions until he told me about the story, and swore on not to tell anyone.”

The one that narrated said to me:

“By Allah I did not spread only for the benefit”

I consider him to be from the seven whom Allah will shade in His Shade on the day when there is no shade except His Shade! A man who is called by a woman of beauty and position [for illegal intercourse] but he says: