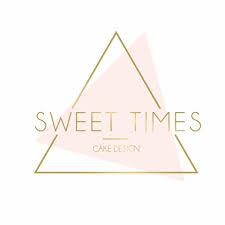 THE READ TO YOUR CHILD SERIES PRESENTS “tajweed for children”

He was curiously gazing at the screen of his mobile phone. He was watching a documentary about apes in a Indian town where apes live and mix with humans every day. He was very amused when he saw the naughty monkeys raiding people’s houses, kitchens, shops and even markets.

Their swift and fast acrobatic movements were impossible to anticipate or react against. The monkeys considered humans as pests, because humans have built their houses in and near the monkeys’ natural habitat. Also, humans consider monkeys as pests which steal their food. The struggle seems endless.

Then, he had a notification on his mobile that he got a message that the members of his whatsapp group were available and chatting. He smiled deeply and cunningly. For he and his secondary school classmates had originated this account and participated in it, calling it ;THE SWEET TIME GROUP. Though he is now a man of about fifty years old, and he had a good stable family, and enjoyed good health, he took part in the group.

He would exclaim and wonder many times’ ‘ why do you always long for the past?’ ‘generally, why do people think that the past is certainly better than the present or the future?’ He would say; “what is there in the past that attracts us?” we were not as rich. We certainly weren’t so comfortable. We hadn’t even got married, or had a family or seen our children, the most precious things in our life.

Then ,memories and reveries began to jump one after one in front of his eyes, like the monkeys in the documentary, or even like himself and his self same classmates about thirty -five years before. He could remember well, like it was the day before, the naughty tricks and disasters his gang of friends had often brought about.

Then, he gave out a loud and crazy laugh; he even feared people would think him mad. ‘Watermelons!’, he said, smiling to himself. He remembered very well how his friends had made use of the crowded market, and bluffed the melon monger.

One of the gang  pretended to be buying one of the biggest and heaviest watermelons, then, he would ask the man about the price. Of course he didn’t really want to buy any, but he would swiftly push  and pass the watermelon to a friend in the gang secretly.

The latter would put the enormous watermelon in the lap of his galabia and run away. The stolen watermelon would turn out to be an unbearable burden. Also it turned out to be very painful, for when that friend sensed danger, which was unnecessarily there, he would try to run faster.

Here, the watermelon would inevitably hit his legs, causing him a great deal of pain. He even gave a louder laugh when he remembered how the gang returned the same night for another and bigger sweeter watermelon. They were tempted to return after they had tasted how sweet the first one was.

Making use of the complete darkness, they crept to the large heap of watermelons. They were glad when they heard the monger snoring fast asleep and tired of the long day’s work.

Unfortunately one of the gang, almost blind, put his hand on something round, asked naively; ‘Does a watermelon have ears and hair?’ the answer came from another person saying, ‘It also has arms and hands, you, little dog . seizing him fast.

And before he could understand what was going on, he felt the watermelon’s heavy hands beating him severely. He began crying and the rest of the gang raced with the wind, unluckily one of them hit the iron lamppost hard. He didn’t have time to feel pain. He rose, laming, he continued his run for his life.