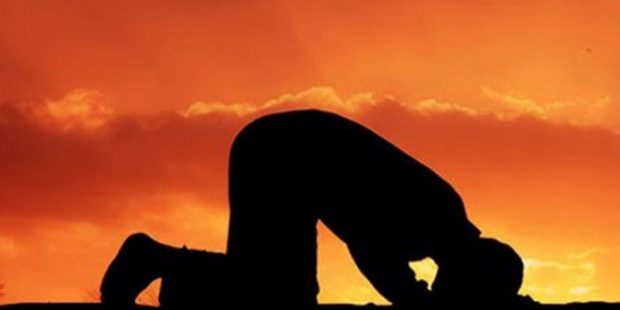 A HUMAN NEED AND NECESSITY

A human is both soul and body. Each soul and body has its needs and requirements. A body requires the satisfaction of the basic needs and instincts, such as the need for food, drink, etc. These needs guarantee  the survival of the individuals. Yet, humans are not just mere flesh and blood, there is another determining factor inside a human being, namely the souls, which specifies the emotional, intellectual and spiritual aspects of a human’s identity. Also, there is another aspect of existence, which we don’t necessarily concieve or comprehend. Our senses and perception are limited, however the existence is far too big and large to be confined to our limited knowledge. best online quran classes free

To solve such a crisis, we all have the faculty of faith and belief. Every and each of us believes in something. Even the disbelievers believe that they don’t believe in anything . So we can’t help believing. In addition, every human has the freedom to believe in whatever they like. No one has the right to criticise others beliefs. Then how can a belief be judged whether good or bad? First the person calling for a certain belief  is truthful or a liar. Second the belief itself accords with logic and true thinking or not. Metaphysics  and ideas are the subject of faith and belief. Humans realize that their life is interim,  they have come to this world, [ where from? ]; and they leave this world one day [ where to? ]. So there must be a totally different existence, [ what is it?] with totally different inhabitants, [ who are they? ]

Then comes the role of revelation. In Islam there was a truthful man, prophet Mohammad, who had never been found a liar, even by his enemies. He came with the best and miraculous speech, the Holy Quran, which has talked about the items of faith. They are the belief in Allah, the angels, the ancient holy books and scripts,the previous messengers, the Doom’s Day and the divine destiny, whether good or bad.

These are ideas and notions about things contemporary and future generations have never witnessed. They are asked to firmly believe in them all, though. Nevertheless, what can a human gain in such a case? It is widely known and well experienced that the life of a believer, in any creed, totally differs from that who has no clear belief. A believer tends to lead a serene, calm and peaceful life void of mental, psychological and even physical illnesses. Belief to a human is like an anchor to a ship which is in a very rough sea. It tends to be the cornerstone of a human. In other words, belief gives life its depth and meaning, without which, life turns to be miserable and unbearable. best online quran classes free

Iman, or belief is a thing humans acquire socially through the other older members of society. It forms the overall and thorough culture of a certain society. Youngsters take things for granted only because  the elderly people have said that they think so. Albeit, while growing up and reaching adolescence, those young and blooming minds tend to question and doubt everything. Though the elderly people worry and feel anxious towards such a phenomenon, it is a healthy sign which in the due course of time. Psychologists consider adolescence as the second birth of a human being. best online quran classes free

Strangely enough, faith increases and decreases. It is a natural process. So it is recommended not to worry if someone feels that their faith is up or down. We should be merciful to ourselves and take matters easy. We should also try to increase our faith. This comes true through practice and striving to be as obedient as possible. Also it is useful to think about the merciful attributes of Allah. A sinful  person should be certain that Allah forgives all sins, except for polyethism. Similarly, it should be taken in consideration that the idea of religion is based on the happiness of humans. This is in both the worldly life and the life to come. Another important point we should know is that Allah does not rejoice through our pain or suffering. Also, Allah, who has created and nourishes us, cares for our happiness, welfare and well being. So we could live happily through our faith.