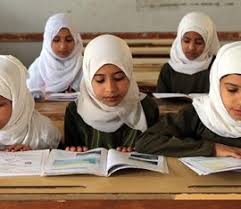 It is all part of this former tutor’s aim to ensure British Muslim history takes its rightful place within mainstream British history.

She wants to place their stories alongside the already documented “mainstream” British history in archives, museums and academia.

“It gives our communities an authenticated representation and claim to British history, as ‘our history’, one we are evidently part of.”

It is a mission many historians say is long overdue.

There is “a popular [mis]perception that Muslims in Britain are an alien presence, people who have arrived here only recently. In other words, they lack roots, and because of that they lack ties and emotional bonds with this country”, explains historian Humayun Ansari.

“It is the sense of ‘rootedness’ that establishes emotional ties between people and place. Archival silences have a demoralising effect and are damaging to self-esteem.”

Sunder Katwala, the director of British Future, an independent think-tank focused on equality, diversity and human rights, is optimistic. He believes a new generation of historians, and history that is more accessible through online sources and social media, is creating space for everyone’s history to be told.

“I think we are seeing a broadening of the stories that are being told and heard,” he says.

“British history is the story of how we, the British, came to be us. It can only fully do that job by becoming more inclusive.”

He mentions the recognition given to the 400,000 Muslims in the Indian armies that fought for Britain in the first world war, more than a century ago.

“This used to be a largely unknown and untold story,” says Katwala, “but there has been rapidly increasing public awareness of the Black and Asian contribution to the world wars, which had a much higher profile during the First World War centenary than it had before.”

Muslims have been fighting for the British army for more than a century, but until recently their story was largely untold [Photo courtesy of Everyday Muslim Heritage]

‘Our histories will be lost’

Ahmed set up the Everyday Muslim Heritage and Archive Initiative (EMHAI) in 2013 to document the history of British Muslims.

“Future generations need to understand that Muslims have historic roots in Britain that actually go back centuries,” she says.

The first Indian restaurant in London was established by a Muslim surgeon in 1810, and the first purpose-built mosque was opened in 1889.

“I feel each generation thinks that they’re ‘the first’ because our history is largely undocumented, but we aren’t aware of the all the accomplishments of the past … Without that knowledge, we’re kind of stuck in a perpetual cycle, which grounds our identity as migrants or immigrants, and not citizens, and therefore not seen as equal to someone who’s from a white British heritage.”

Ahmed, aged 3, with her parents Mohammed Iqbal Mughal and Zahida Mughal [Photo courtesy of Everyday Muslim Heritage]Britain’s more than 3.3 million-strong Muslim community is heterogeneous. The largest part of the religious group originates from South Asia, but there are also Arab and African communities, Muslims from Southeast Asia, the Balkans and Turkey, as well as those who have converted or are the descendants of converts, all with histories waiting to be told.

EMHAI aims to tell these stories and create space in history for a group Ahmed says has largely been “absent from places such as museums and archives”. She believes it is one of the reasons Muslims and other diasporic communities “do not visit or engage in these spaces”.

“If we don’t visit museums and archives, we won’t feel like we belong here. Not belonging is alienating.

“If we don’t take ownership and document these stories, our histories will be lost. As if that history never existed.”

Like the post-second world war migration from the West Indies to the United Kingdom, many South Asians came to plug Britain’s labour shortages, with migrants from Commonwealth nations often working in transport or factories.

But, says Ahmed, while “the stories of unskilled labourers from South Asia that came to work in factories is a true portrayal” she is keen to emphasise that “it’s not the only perspective”.

Although many migrants from South Asia did come to work in factories, this was not the only experience. There were also many doctors, lawyers and teachers, as well as other professions, among those who arrived [Photo courtesy of Everyday Muslim Heritage]Ansari, who is a professor of the History of Islam and Culture at London’s Royal Holloway University, explains that: “In the early 1960s, the government sponsored [a series of] films – Calling all Muslims! – enthusiastically inviting Muslims to come to work in British industries or to study in British universities.”

Ahmed says there were “very educated people that came here with PhDs, and they were more educated than some people here, but they weren’t getting the jobs that they were qualified for”.

Some early migrants were lawyers, teachers and doctors. There were also zoologists and biologists. “They’re not the stereotypical professions that you’d say, ‘oh, Muslims only do x, y, and z’. The stories give you a wider picture of who the Muslim community really are,” Ahmed reflects.

‘Transient guardians of our history’

Ahmed, the oldest of nine children, was born in Walthamstow in east London, to an Asian-Kenyan mother and a Pakistani father from Wazirabad, which is “affectionately known as the Sheffield of Pakistan because of its stainless-steel industry”, she explains.

Her motivation “to do something” to document and share Britain’s tapestry of heritage has always been there, she says.

“It came from the convergence of my parents’ stories from my childhood of their lives growing up in Pakistan and Kenya, their early lives, and experience of making a home in Britain.”

Ahmed (centre) with three of her siblings [Photo courtesy of Everyday Muslim Heritage]Growing up in an intergenerational household of siblings, “some of whom are around 15 to 20 years younger than me”, made her realise “we are all but, transient guardians of our history”.

Through building these intergenerational connections, of shared photographs and the stories behind them, conversations were started which may never otherwise have happened. Ahmed discovered that, unless probed, many people chose not to share the details of their early life in the UK, the struggles and the sacrifices.

“I don’t think it was necessarily a sense of shame or a lack of pride, but something that just isn’t spoken about. Everyone is so busy with their day to day chores and responsibilities, histories might only be shared in passing, but not in-depth or documented,” she says.

One example is the creation of prayer spaces and mosques. The post-war generation may have “arrived from Muslim majority countries, creating a community that developed from nothing”, Ahmed says, “but it didn’t mean that they were Islamic scholars, architects or designers”.

That came later, through the next generation of Muslims, who, among other things, questioned the limited space for women’s prayer areas that were created by the first wave of Muslim migration, and have redesigned mosques of today with inclusivity.

The birth of an archive

Ahmed’s ultimate goal is to create a museum or “museum-style” learning space, but she realised there was a more immediate need to create something “more tangible” that has “historical significance”.

And so EMHAI was born.

“Archives are what a legacy is built on, and these are what my community was missing. I soon realised that the archives are our legacy.”

So far, Ahmed has recorded 112 oral histories, a series of recorded interviews that document and collect memories and personal commentaries of historical significance.