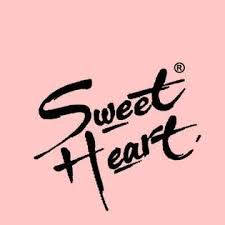 THE  READ TO YOUR CHILD SERIES PRESENTS

He was strangely happy.  He could hardly believe himself. Life has its sweet surprises sometimes. Time which stealthily consumed his lifetime, was generous enough to replace it with precious gems . He had always thought his life was almost useless, yet now it was beginning to be useful and had its meaning. Suddenly, he discovered that his life and existence mattered and could make a difference. Sometimes you dream of something which you think will give you the happiness you have always dreamt of. Sometimes the thing you love most turns out to be the thing you fear most. Also there are things that come to you and you take them for granted, however they turn out to be the main source of happiness to you. Things that have come about so easily that you unjustly feel they are worthless, more often turn out to be very significant. learn arabic language online

She was one of such things. She was a young girl of about sixteen years old. She was an ambitious person. She had a strong and independent character. She was merry, but irritable. She was dreamy, but factual as well. She was determined, but anxious. She knew what she wanted, but worried a lot about how to reach her goal and how her dream could come true. He was her father, so she meant a lot to him.  Similarly, he meant a lot to her .She  gradually grew to be his best friend as she was serious in the due time. She was also compassionate, thoughtful, sensitive and intelligent, aspects and characteristics which had a great impact on him. learn arabic language online

They used to sit and chat together. They used to joke and bavard together. In short it was a happy time whenever they sat together. On one occasion, she said, ‘Dad, how did you spend your spare time when you were the same age as me?’ He gave a broad smile, and said, ‘Sleep’. He didn’t say more.     She looked at him in surprise and said , ‘only that?’

He went on to say, ‘ I won’t tell you about myself, but I will tell you about a friend of mine, who we called the king of the  kingdom of sleep.’ Her bright, brown and dreamy eyes widened and said, ‘Please, tell me about him.’ The father thought for a moment, smiled and said, ‘whenever we needed him, he was asleep. When we wanted to go out, he was asleep. When we wanted to meet or play, he was asleep. We began to get bored with him. One evening, we insisted that we take him out for a walk and dinner. Miraculously enough, we managed to. We had a big spicy dinner during which he ate the most.  We were happy and surprised. Then, each of us went to his home, we were a gang of young men only. Having eaten too much, he did something he had never done before. He woke up in the middle of his sleep, because he was thirsty. He needed a glass of water. He drank and automatically was going to bed, when he looked out of the window. He  saw her on the opposite balcony. She was standing there all alone in the quiet of the night, with her transparent white scarf. All that caught his attention was her fair complexion and bright ‘eyes’ that glittered in the late night moon. Nevertheless, he went back to sleep as usual. The following night, he went to sleep as if nothing had ever happened. But, suddenly he woke up. He caught himself looking out of the window towards the balcony of the day before. He made sure she was there, glowing as ever. He slept again, but every night, he got up and stayed a little longer. He went on like that till she had full control on him. He thought how pretty , gentle and quiet she was. Yet, he was annoyed why she never gave a movement, a gesture or even a word. He grew more and more infatuated. Till one night while he was looking at her, a man entered the balcony and removed her white scarf. The man seemed to be doing something, the light was dim. But he could see him lifting her, then put her down. It seemed the man didn’t concentrate well .For instead of putting ‘her’ in her right place, he put ‘her’ off the wall of the balcony. The ‘sweetheart’ fell to the ground from the third floor into pieces. The sweetheart turned out to be a water jar whose owner used to put ‘her’ on the balcony wall on hot nights for its water to cool down, catching some gentle summer evening breeze. There weren’t as many fridges or freezers as we have today. learn arabic language online

They both burst into laughter, and the daughter said, ‘It is true sleep is the safest, cheapest and most comfortable joy and entertainment one can ever have.’