sharesShare on FacebookShare on TwitterShare on WhatsApp
1
Fiqh 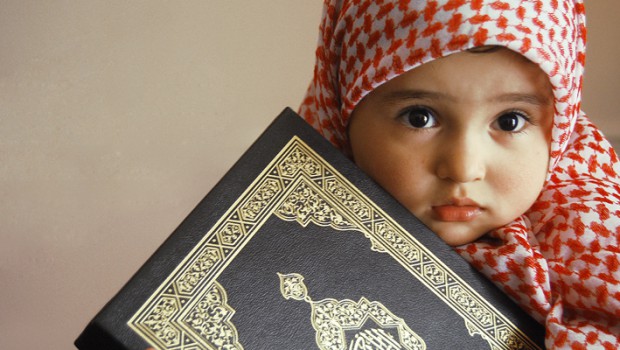 Bringing up Our Children with Deen and Dunya (part 2)

While trying to bring up our children as ideal Muslims, an important point to bear in mind is their clothing. A Muslim should look different from the non believers and clothes are an important aspect of displaying our religion.

So, it becomes essential for us to distinguish ourselves and our children from the non believers.

“Whosoever imitates a nation is amongst them”. [1]

So, it becomes essential for us to distinguish ourselves and our children from the non believers. True, the main point to consider is that clothes should fully cover our bodies for both men and women; though there is some relaxation for Muslim men in this regard. The other point is that the clothes should not be too tight; particularly for Muslim women and girls.

Abu Huraira reported Allah’s Messenger (SAW) as saying: “Two are the types amongst the denizens of Hell, the one possessing whips like the tail of an ox and they flog people with their help. (The second one) the women who would be naked in spite of their being dressed (i.e. those who wear tight or see through clothes), who are seduced (to wrong paths) and seduce others with their hair high like humps. These women would not get into Paradise and they would not perceive the odour of Paradise, although its fragrance can be perceived from such and such distance (from great distance)”. [2]

We have to make sure from an early age that our kids know what is allowed for them to wear and what is not.

“The Prophet was given a silken Farruj as a present. He wore it while praying. When he had finished his prayer, he took it off violently as if with a strong aversion to it and said, “It is not the dress of Allah-fearing pious people.” [3]

‘Ali b. Abu Talib reported that Allah’s Messenger (may peace be upon him) forbade wearing of silk and yellow clothes, and the gold ring, and the reciting of the Qur’an in the ruku’ (state of kneeling in prayer). [4]

Abu Musa Ash’ari (RA) reported that Allah’s Messenger (SAW) said, “Wearing silk and gold is forbidden to the men of my ummah. But (they are) allowed to their women” [5]

This means that we have to instill the concept in our sons that they cannot wear silk or gold at any cost and from the hadith quoted above, yellow coloured clothes as well.

What about the various sort of hair styles that our children start adopting as soon as they get old enough?

Narrated By Ubaidullah bin Hafs : That ‘Umar bin Nafi’ told him that Nafi’, Maula ‘Abdullah had heard ‘Umar saying, “I heard Allah’s Apostle forbidding Al-Qaza’.” ‘Ubaidullah added: I said, “What is Al-Qaza’?” ‘Ubaidullah pointed (towards his head) to show us and added, “Nafi’ said, ‘It is when a boy has his head shaved leaving a tuft of hair here and a tuft of hair there.” Ubaidullah pointed towards his forehead and the sides of his head. ‘Ubaidullah was asked, “Does this apply to both girls and boys?” He said, “I don’t know, but Nafi’ said, ‘The boy.'” ‘Ubaidullah added, “I asked Nafi’ again, and he said, ‘As for leaving hair on the temples and the back part of the boy’s head, there is no harm, but Al-Qaza’ is to leave a tuft of hair on his forehead unshaved while there is no hair on the rest of his head, and also to leave hair on either side of his head.'”[6]

Narrated ‘Aisha (RA) an Ansari woman gave her daughter in marriage and the hair of the latter started falling out. The Ansari women came to the Prophet (SAW) mentioned that to him and said, “Her (my daughter’s) husband suggested that I should let her wear false hair.” The Prophet (SAW) said, “No, (don’t do that) for Allah sends His curses upon such ladies who lengthen their hair artificially.” [7]

Unfortunately, another misconception prevailing these days is that boys and girls can dress similarly if they wish to. Let us be warned by this hadith:

Abdullah Ibn ‘Abbas (RA) narrates that the Prophet (SAW) cursed men who imitate women and women who imitate men, and he said: “Throw them out of your houses”. [8]

The women of the Sahaabah used to wear loose garments which would drag along the ground. The Prophet (peace and blessings of Allaah be upon him) allowed them to let it trail up to a cubit, but no more than that. However, trailing trousers for men that literally come under your feet are forbidden.

Abdullah Ibn Umar (RA) narrated: The Prophet (SAW) said: “On the Day of Judgment, Allah will not look upon one who trails his garment along out of pride.” [9]

We, as parents always look after our children and their interest. How can we push them towards hell fire by keeping them ignorant about what is Halal for them and what is not? Our hearts aches even if they burn a single little finger of theirs; how can we let them burn in hell fire and not take steps to avoid it at all costs?